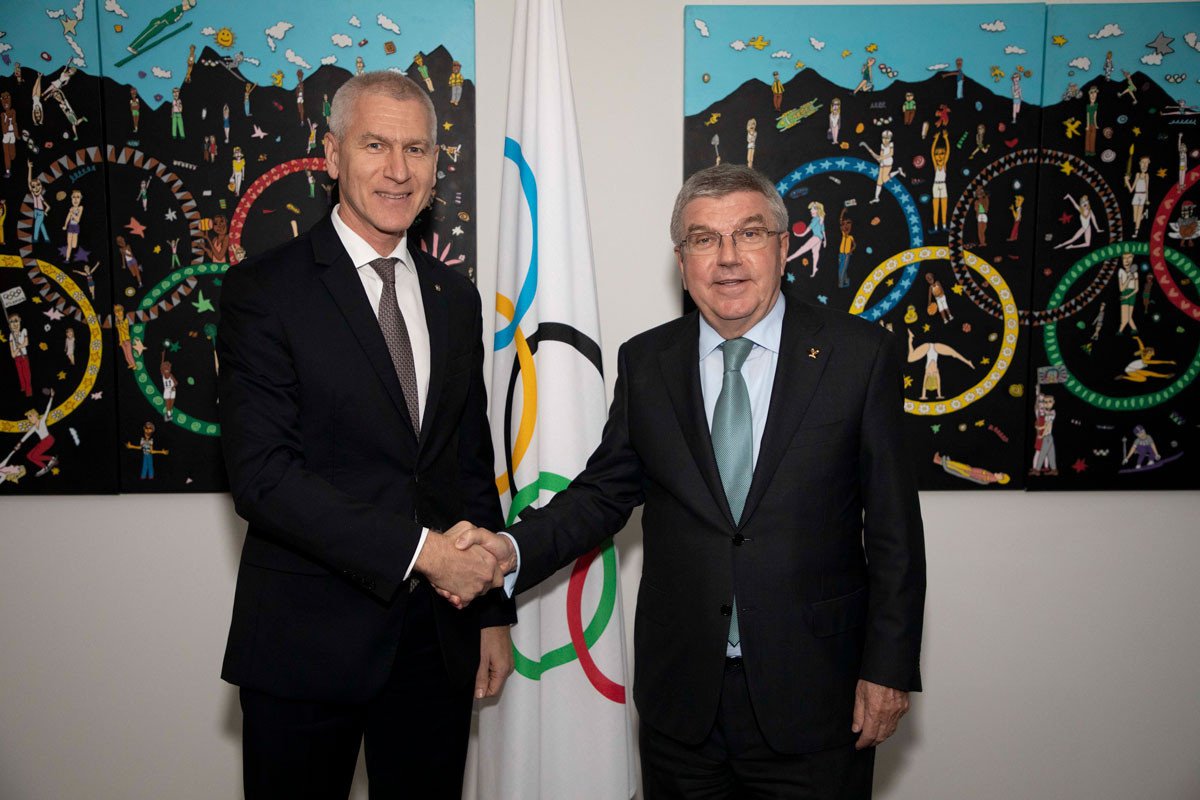 The pair spoke about FISU's preparations for their flagship events in Krasnoyarsk and Naples, while Bach gave the student athletes set to take part his best wishes.

Matytsin was in the Swiss city for the International Federations (IF) Forum, an event bringing together IF leaders from the Olympic and non-Olympic world to share their experiences and best practices.

It was also seen as a chance for FISU to "further develop its partnerships" with the IFs.

"As a proud member of the Olympic Movement, FISU is always conscious of the cooperation required for us to achieve the goal that we share with so many - to help young people learn and grow thanks to their experiences of sport," said Matytsin.

"To have so many willing partners is a great sign of how widely recognised FISU's role is in contributing to the success of a wider sporting ecosystem."

During the meeting with Bach, Matytsin also extended FISU's thanks to the IOC for accommodating a University Sports House during last month's Youth Olympic Games in Buenos Aires.

Both Matytsin and FISU secretary general Eric Saintrond also both gave their condolences following the sudden death of IOC member Patrick Baumann during the Games in Argentina.

Elsewhere at the IF Forum, FISU signed a renewed Collaboration Convention with World Sailing.