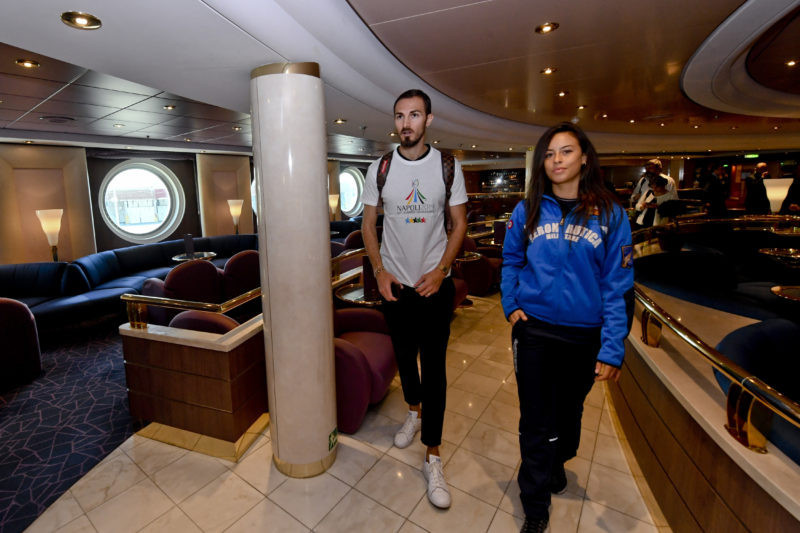 Two thousand athletes will live on the cruise ship which will feature bedrooms, medical areas, common-rooms and sport facilities such as gyms.

"We will be able to have the best conditions for preparing the Universiade," Vandenplas said.

"It was a very useful visit."

A decision was also made to donate leftover food from the ships' kitchens during the Universiade to charitable organisations and soup kitchens.

Joining the delegation touring the ship was former taekwondo Olympian Mauro Sarmiento of Italy and compatriot fencer Rebecca Gargano, who will participate in the 2019 Universiade on home soil.

"Here with the ships the atmosphere will be amazing; in fact, I'd like to stay here," Gargano said.

"The Athletes' Village is an important meeting place, where you make a lot of long-lasting friendships with athletes, trainers, managers.

"It's a life experience that goes beyond sport.

"The Universiade Games are like the Olympics, but with less pressure, even though Naples 2019 is important because it's a decisive step towards the Olympics, where I hope to be."

A deal was eventually struck which will see athletes housed using a combination of ships, temporary housing and existing accommodation.

Naples was officially confirmed as the host in May 2016 following a reopened bidding process after Brasilia withdrew in January 2015.

The Brazilian capital were unable to meet financial commitments.