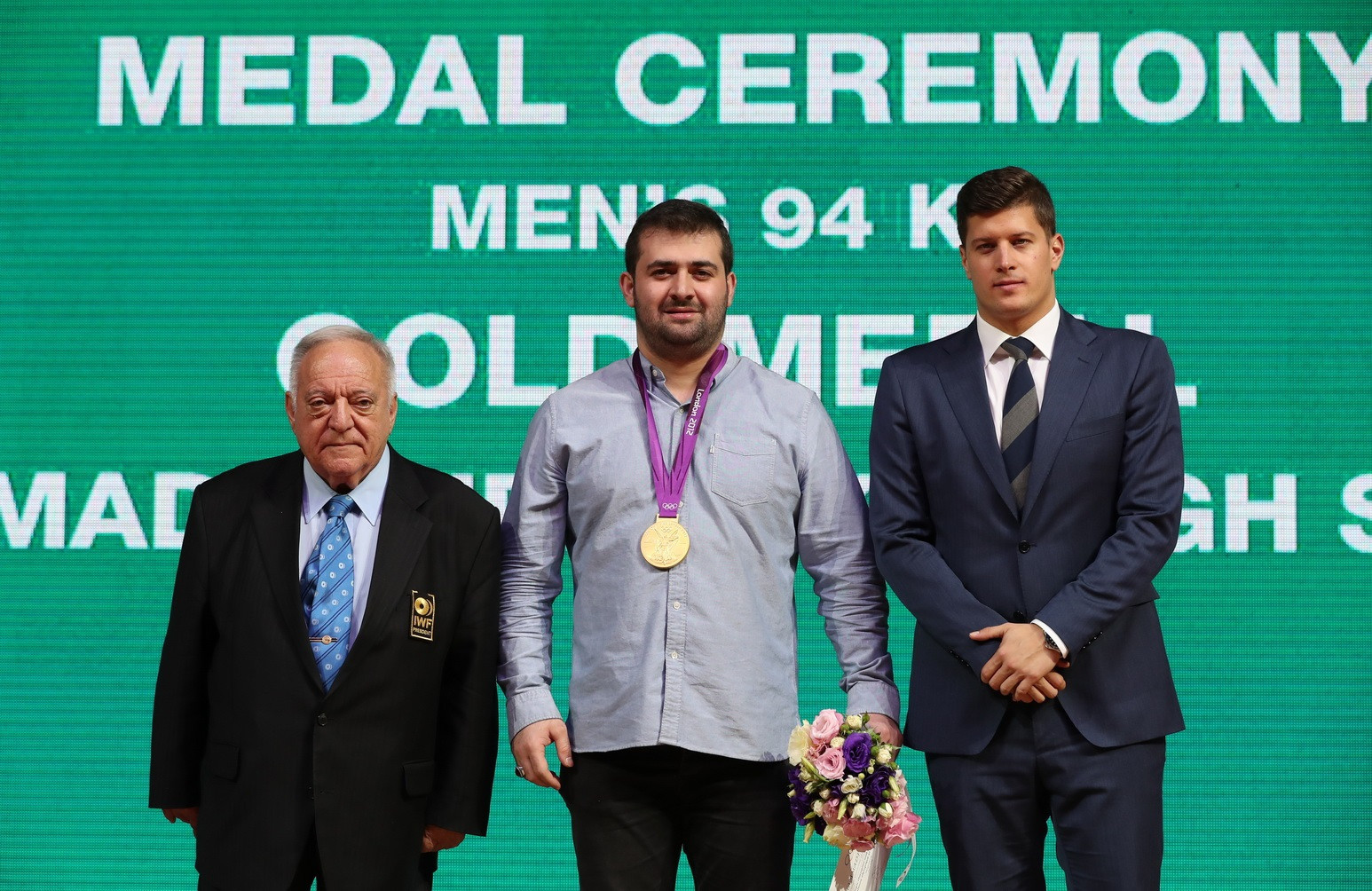 It came during a special ceremony held here at the 2018 International Weightlifting Federation (IWF) World Championships in Turkmenistan’s capital.

Mohammadpour originally came fifth in the event six years ago, but he was declared Olympic champion after six of the top-seven finishers were disqualified when their 2012 samples were re-tested and found to be positive for the presence of performance-enhancing drugs.

Zielinski, however, was sent home from Rio 2016 Olympics after he failed a test for banned anabolic steroid nandrolone at his National Championships that same year.

Four of the seven who tested positive in a field of 21 at London 2012 are multiple offenders.

Ten of the 49 weightlifting positives in the International Olympic Committee’s (IOC) re-testing of samples from the Beijing 2008 and London 2012 Olympics came from the 94kg class and Ilyin was disqualified from first place both times.

He was replaced as Beijing 2008 gold medallist by a Pole who had already served a two-year doping ban, Szymon Kolecki.

Also receiving a retrospective London 2012 medal today was Thailand’s Siripuch Gulnoi, who was promoted to women’s 58kg bronze after Ukraine’s Yuliya Kalina was stripped of the honour as part of the re-tests.

A re-analysis of a urine sample provided by Kalina returned a positive test for prohibited substance dehydrochlormethyltestosterone.

The IOC subsequently disqualified the Ukrainian from the event and ordered her to return her medal.

Gulnoi finished fourth behind Kalina, while fifth-place finisher Boyanka Kostova of Azerbaijan was also disqualified after she tested positive for dehydrochlormethyltestosterone and stanozolol.

Another athlete to have a special Olympic medal ceremony was Kazakhstan’s Denis Ulanov, who was upgraded to bronze in the men’s 85kg event from Rio 2016.

His promotion came after original third-place finisher Gabriel Sîncrăian of Romania tested positive for exogenous testosterone during an in-competition test.

Presenting the medals at the ceremonies were IWF President Tamás Aján and IOC member Daniel Gyurta.

Weightlifting's place is guaranteed for the 2020 Olympic Games in Tokyo, but to retain its place beyond then, it must update the IOC with reports of progress in its anti-doping efforts.

Last December, the IOC outlined four requirements the IWF need to meet to stay on the programme post-Tokyo 2020.

Reports were presented at last week's IWF Executive Board meeting by the Anti-Doping Commission and the Clean Sport Commission, while members also approved a roadmap for cooperation with the International Testing Agency (ITA).

Earlier this week, it was announced that the IWF and ITA have signed a partnership whereby the latter will take responsibility for key areas of the world governing body's anti-doping programme.

The ITA’s remit includes carrying out a detailed risk assessment, test distribution planning and management, out-of-competition testing, Therapeutic Use Exemption management, and support with regard to the IWF’s education programmes.