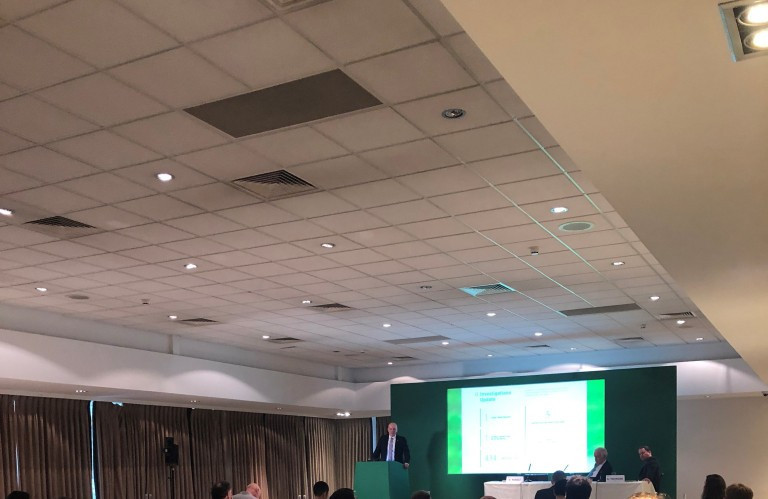 Evaluating the legitimacy of the raw data locked inside the Moscow Laboratory is the biggest challenge for the World Anti-Doping Agency (WADA) once the information is received from Russia, intelligence and investigations department head Günter Younger has claimed.

Younger told insidethegames during the WADA media symposium here that the data, which Russian authorities need to hand over by December 31 if the country is to remain compliant, would be assessed as soon as his team is given access to it.

The German admitted he was aware of concerns the data may have been manipulated, tampered with or possibly destroyed since the Moscow Laboratory was sealed off as part of a federal investigation.

But he claimed he was confident it would match the Moscow Laboratory Information Management System (LIMS) database.

Younger warned, however, that the information not corroborating the LIMS would provide a "more complicated process" for his team.

"Nevertheless we have to see what the format is, nothing has been done on it so we need experts to look at that and they will tell us how long it takes.

"If there is not consistency, then we need to find out why and that is going to be a more complicated process because we have to do it on a case-by-case basis.

"An investigator always has doubts but whatever we get we will do again an authentication process, we will compare it with what we have and we know what we have to look at to make sure it is genuine."

He added: "There is a lot of data that we have to check but I think it is important because this will be questioned at the Court of Arbitration for Sport.

"It is in our interest that we have the genuine data.

"The biggest challenge when we get the data is to make sure we have the genuine one.

"As soon as we have that, I am very confident we can exonerate lots of athletes."

Younger declined to give an update on WADA's progress in gaining the data and samples at the Moscow Laboratory, a "strict condition" Russian must meet to fend off being declared non-compliant again just months after the Russian Anti-Doping Agency was controversially reinstated.

Failure from Russia to hand over the data and samples at the laboratory could see WADA reimpose the suspension, while the organisation will also have greater sanctioning power under stricter conditions which came into effect earlier this year.

"We have prepared and are ready to go as soon as Russia reaches out and opens the door," added Younger.

"It can't be too long until it happens and it could even happen tomorrow."