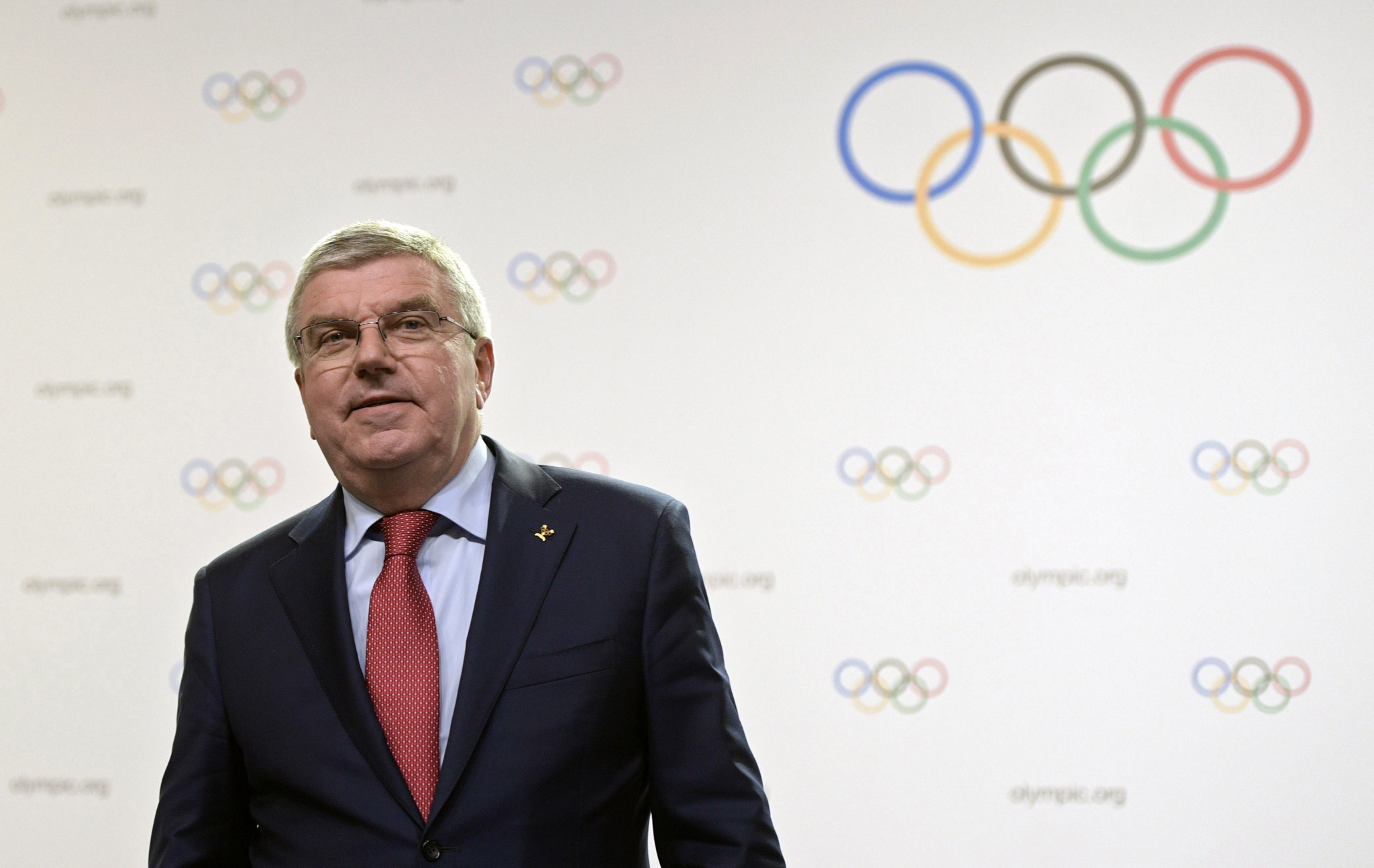 Bach claimed, here today, that the "ball was now in Russia's court" and it was "up to them" to ensure the compliance of the Russian Anti-Doping Agency was maintained.

Speaking at the conclusion of the IOC Executive Board meeting here today, Bach referenced Richard Pound after the former WADA President said athletes critical of RUSADA's reinstatement last month had been provided with "misinformation or only partial information".

Writing in a blog, published on insidethegames, Pound claimed that a compromise agreement reached by WADA with Russia should have been "hailed as a victory"due to the conditions attached.

This involved a timeline for Russia providing access to the data, which would assist WADA in sanctioning athletes who have been implicated in the Moscow Laboratory Information Management System (LIMS), already accessed by WADA.

Should Russia fail to meet the deadlines, RUSADA could again be declared non-complaint, with stronger sanctions possible due to tougher standards introduced in April.

The IOC Athlete Commission had backed WADA’s decision following a recommendation from its Compliance Review Committee.

By contrast, the WADA Athlete Committee have accused the organisation of ignoring their views, claiming athletes had been cut out of the process and that they have "little assurance" the conditions Russia must meet to remain compliant will not change again.

Bach referenced the different of opinions between the two Athlete Commissions today.

"The ball is now in the court of Russia in order to keep the suspension lifted, the WADA decision is up to them," Bach said here today.

"The democratically-elected have supported this decision, there are individual voices having different opinions.

"This is normal but we have to respect the democratic legitimacy of the athletes representatives who have been elected by their peers during the Olympic Games and are accountable to these Olympic athletes.

"Sometimes when hearing some of the voices I had the impression that there is a misinterpretation and maybe I share this impression with Dick Pound.

"Sometimes you have the impression that this WADA decision who have been banned before would now be allowed to participate and this is clearly not the case.

"This decision does not affect the eligibility of any athlete to participate, it is about by whom who is mainly tested.

"We agree with the many voices that now it is up to Russia to deliver on these conditions."

Bach’s assertion appeared to imply the IOC Athletes’ Commission position should be backed due to the body being "democratically elected" by athletes, whereas the WADA Athlete Committee consists of athletes appointed to the group.

While athletes elected members of the IOC Athletes’ Commission at Olympic Games, the IOC have also made appointments.

Also, his obvious jab @ WADA AC is in bad taste...there are times when so-called democratically elected athlete bodies simply follow party lines...as we’ve seen too often w/1 particular group. I’d rather have an appoint group in @BeckieScott4 & Co. that stick to their principles.

"He fails to acknowledge that many dissenting voices are from athlete groups that were elected by their peers,” the Canadian tweeted.

"While D. Pound might have a point, it is in bad taste for him to dismiss athletes’ concerns by saying we were misinformed.

"I’d rather have an appoint group in @BeckieScott4 & Co. that stick to their principles.

"Lastly, if issue is about 'misinformation' then why not (sporting bodies, particularly those controlled by IOC) act in more collaborative & transparent way...that’ll be the day!

"Realistically, they want to label athletes as misinformed b/c it is much easier to justify decisions."

Gomez was among the athletes to have criticised the decision to reinstate the Russian Anti-Doping Agency.

Britain’s Olympic champion cyclist Callum Skinner and powerlifter Ali Jawad, who had both been vocal in opposition to the move, also criticised Bach’s comments.

“But seriously...Bach should welcome dialogue and athlete mobilisation even if they oppose the #IOC narrative,” Skinner tweeted.

“Not treat our voice with destine nor belittle us into thinking we can't form our own opinions.

Jawad added “How much more damning evidence and distressing facts of Russia’s state-supported attempts to disrupt global anti doping do we need before WADA and the IOC actually stand up, actually wake up and represent the majority?