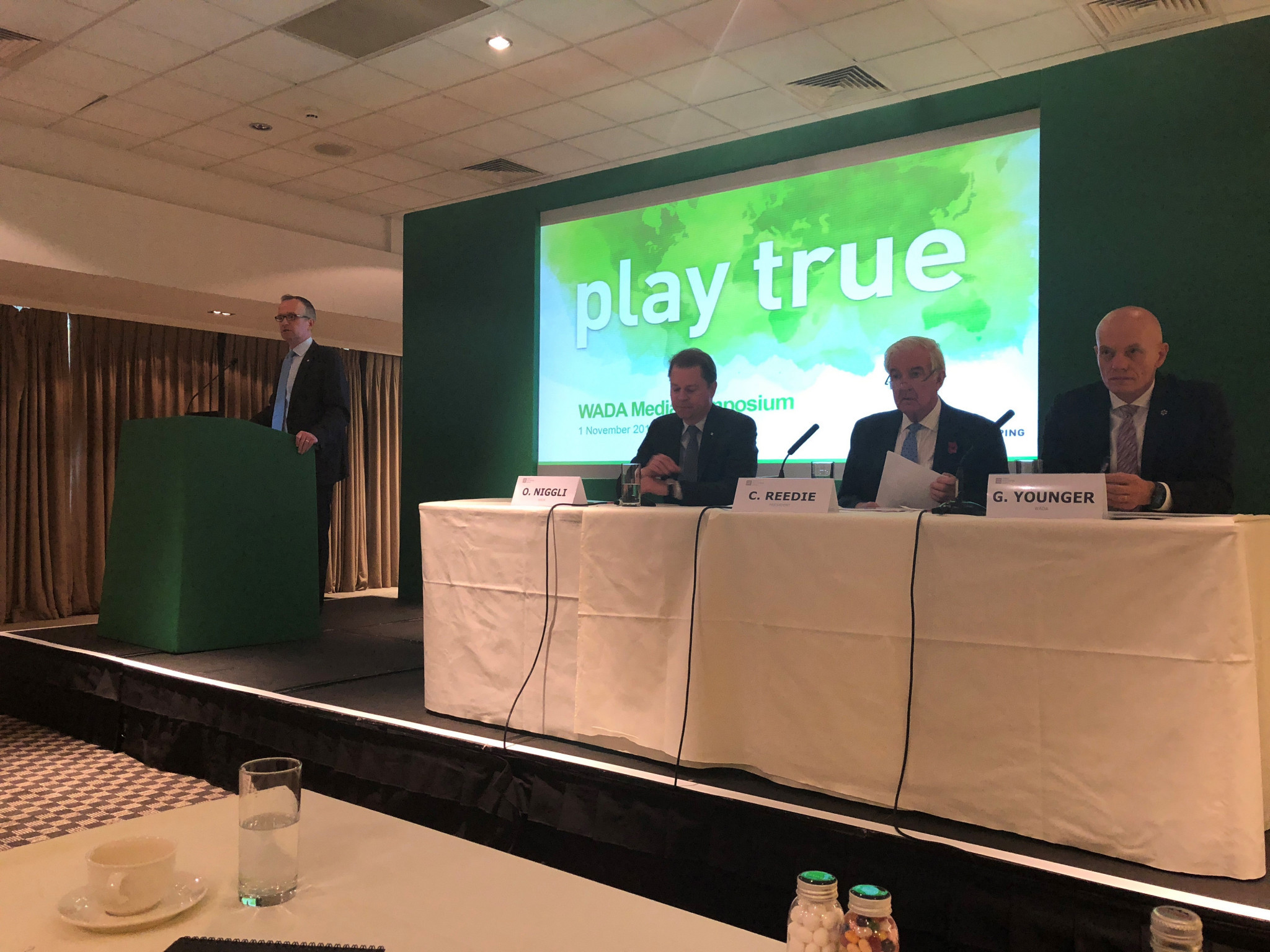 Sir Craig Reedie hit back at the stinging criticism the World Anti-Doping Agency (WADA) has received as he told United States Anti-Doping Agency (USADA) chief executive Travis Tygart to address issues in his own country instead of attacking the global watchdog.

The WADA President issued a lengthy retort to Tygart at a media symposium here today in response to comments made by the USADA official during an emergency anti-doping summit at the White House in Washington D.C yesterday.

Tygart suggested Sir Craig should resign from either the International Olympic Committee (IOC) or WADA as he reiterated his claims the Scot has a conflict of interest.

He also claimed the summit, organised by USADA and the White House Office of National Drug Control Policy, was a "tipping point" for WADA following the outcry from athletes at the decision to lift the Russian suspension.

Tygart, a frequent critic of WADA throughout the doping scandal, accused the organisation of attacking athletes who have spoken out and called for change at the global anti-doping body, claiming the responses from the leadership were unacceptable.

In response, Sir Craig urged Tygart to get major American sports leagues and events in the country compliant with the WADA Code as this would "be a greater contribution to clean sport in the world than continually complaining about what WADA does".

The WADA President added he believed Tygart's views were symptomatic of the view in the US that they can solve everybody's problems.

"We have had comment, some critical some of it hostile, from Travis for two-and-a-half, three years now," Sir Craig said.

"We live in a free society, he is entitled to say what he says.

"In a very complex political situation worldwide at the moment, it seems to me that this follows a kind of formula that the only solution to anybody's problems are the solutions that come from the United States.

"I would like to think that at some future date, he might address USADA's efforts to looking at the large area of American sport which is not code-compliant and events which aren't code-compliant.

"And I think that would be a greater contribution to clean sport in the world than continually complaining about what WADA does."

Sir Craig added he was "disappointed" with Tygart's criticism of him remaining a member of the IOC and President of WADA.

"Travis should know that I have had as much difficulty with the IOC as any Government," he said.

Yesterday's summit was attended by WADA vice-president Linda Helleland, as well as a host of athletes, Ministers and National Anti-Doping Organisations.

Helleland, who has aligned herself with the concerns of athletes amid the reaction to the Russian decision and proposed governance reforms which failed to give them increased representation, was not in an official capacity at the meeting, however.

WADA claimed they were not invited to the summit, with Helleland opting to attend as an individual.

When asked by insidethegames what Sir Craig thought of her appearance at the meeting, he said he was expecting her to be "loyal" to the controversial decision to reinstate the Russian Anti-Doping Agency at a fractious Executive Committee meeting in Seychelles in September.

"When Madame Helleland told me she was going, I reminded her that our structures are that I actually nominate who will represent WADA at an event like the function in Washington," Sir Craig said.

"I asked her if she had any briefing or authority from the public authorities whom she represents.

"But if she attended as an individual, I expected her as the vice-president of WADA to be loyal to the democratic decision made in the Seychelles and secondly to recognise the work on governance and I did not hear a reply."

The summit drew further battle lines between WADA and an athlete community which has become frustrated at their lack of input in key decisions made by the anti-doping body.

A series of reforms put forward by WADA's governance review group were criticised by athletes, with leading campaigner and British Paralympic medallist Ali Jawad saying they were an "insult" to those who have demanded change.

Others have since called for reform at WADA in the wake of the fury vented by athletes at the Russia decision.

“Athletes shouldn’t have to shoulder the burden of fixing WADA but here they are, along with national anti doping leaders, doing WADA’s job for them. Today was the tipping point.” -USADA CEO Travis Tygart #TheReformers

"We have a little bit of an athlete problem as there are two opinions between athletes," added Sir Craig.

"One is represented perhaps by Callum [Skinner] and people who are one athlete committee and another who serve on the IOC Athletes' Commission.

"We are intensely keen on enhanced athletic representation but we have to deal with all athletes.

"It's important now that the Callum Skinners of this world and the other athletes get together and decide how they would like to be represented and once they've done that then we will meet as many of these suggestions as we can."