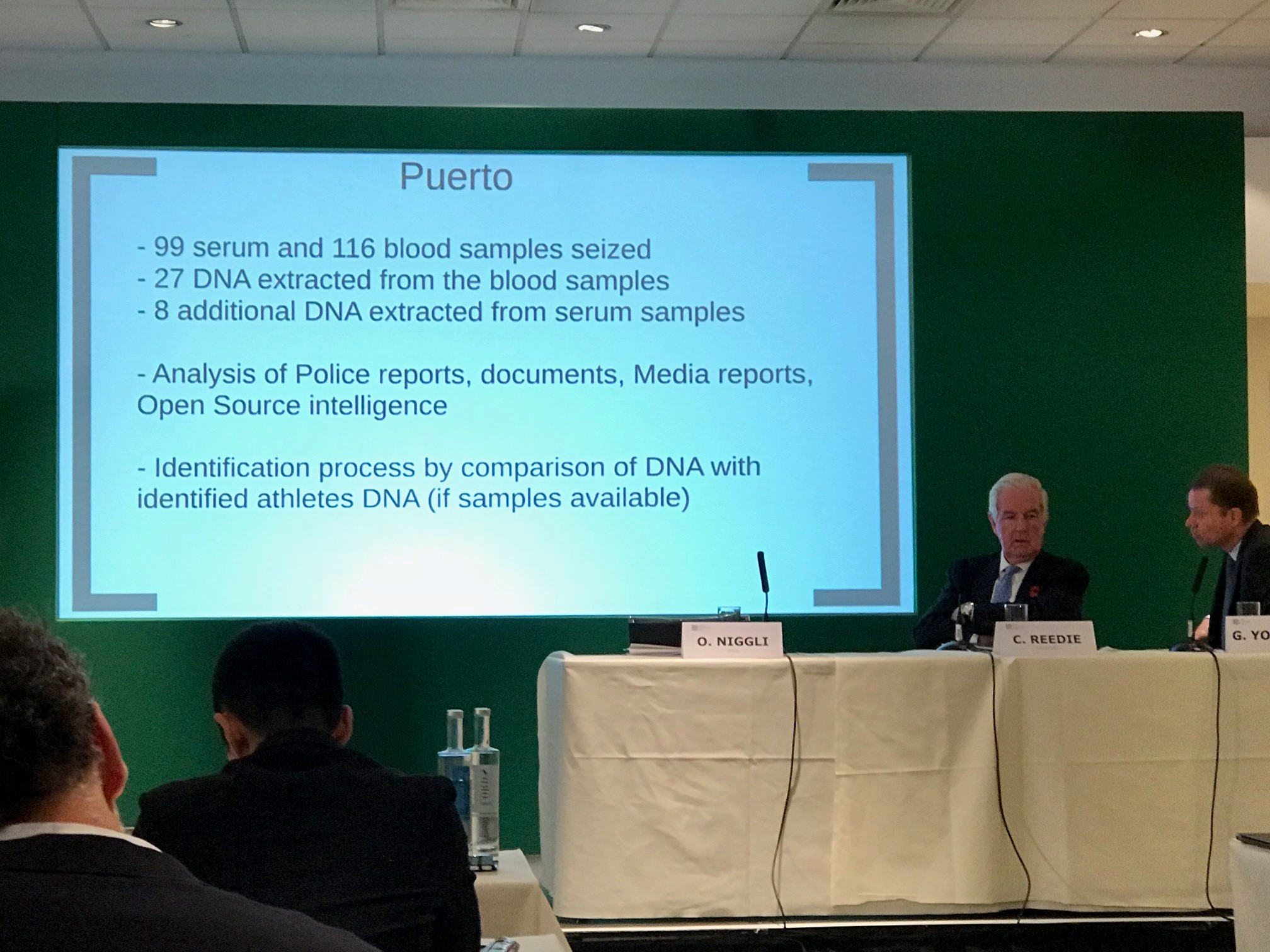 The World Anti-Doping Agency (WADA) hope to announce what action the organisation will take in the long-running Operation Puerto saga in May, but sanctions against those involved appears unlikely.

WADA's director of Intelligence and Investigations Günter Younger provided an update on the case at the organisation's media symposium here today.

Frozen bags of blood and plasma are currently stored in a WADA-accredited laboratory outside of Spain.

The bags were seized from the clinic run by Spanish doctor Eufemiano Fuentes in Madrid back in 2006, following a police raid.

Fuentes was found to have facilitated blood doping at the clinic but as doping was not considered a criminal offence in Spain at the time, he was given a one-year suspended sentence on public health grounds.

An initial verdict had ruled that the evidence should be destroyed but this was overturned in 2016 after WADA and the International Cycling Union (UCI) were among those to appeal.

However, a court determined that the blood bags could only be used in currently existing cases against athletes.

No cases were open and anti-doping officials have also faced significant difficulties in naming athletes as, with the case now in its 12th year, the statute of limitations has passed.

Having gained access the samples in 2016, Younger stated that the Intelligence and Investigations (I&I) arm at WADA were requested the following year by WADA's legal department to investigate.

The I&I developed a "multi-phase plan" to identify the athletes possibly linked to Fuentes based upon available documents, reports from the police, the Madrid Laboratory, interviews with experts and research on media reports.

A pool of possible athletes was devised as a result, while DNA has been extracted from a total of 35 samples.

Younger expressed his confidence that WADA would be able to match DNA extracts with existing samples, which would lead to the identification of athletes.

Prosecution of the athletes identified appears unlikely with the statute of limitations having expired.

However, Younger stated WADA were in contact with data protection experts to seek advice over what the organisation could do when the investigation concludes.

It has previously been suggested that WADA could look to name athletes, should they be informed that it would not infringe on their rights.

"From the 116 blood samples, there were 27 where DNA could be extracted," Younger said.

"We did another analysis of the serum blood samples and we could establish eight DNAs.

"What we are going to do now is identify athletes from our pool and we will compare with them, then we will see who are the athletes who were involved.

"Because it has been 12 years we needed to find DNA samples we can use for comparison, but we have found some and are confident we will identify them.

"The problem is with the statute of limitations we cannot really use it to prosecute them.

"Therefore WADA has asked a data protection expert to give us advice on what actually we can do with the result of the investigation.

"The Executive Committee wanted to get to the bottom of the case and I think we will provide the result in May 2019."

Newly-crowned cycling world race champion Alejandro Valverde of Spain and Italians Ivan Basso and Michele Scarponi are among the few athletes to have been sanctioned over their involvement.

While cyclists have been largely linked with the scandal, athletes from other sports were allegedly involved.

The name of CONI is still listed in the case but the samples could be analysed by NADO Italia.

WADA President Sir Craig Reedie was last week criticised for the organisation's handling of Operation Puerto by the Movement for Credible Cycling (MPCC), who asserted it was a "debacle".

Sir Craig responded by stating the MPCC had demonstrated an "astonishing lack of knowledge and understanding of what has happened to date".