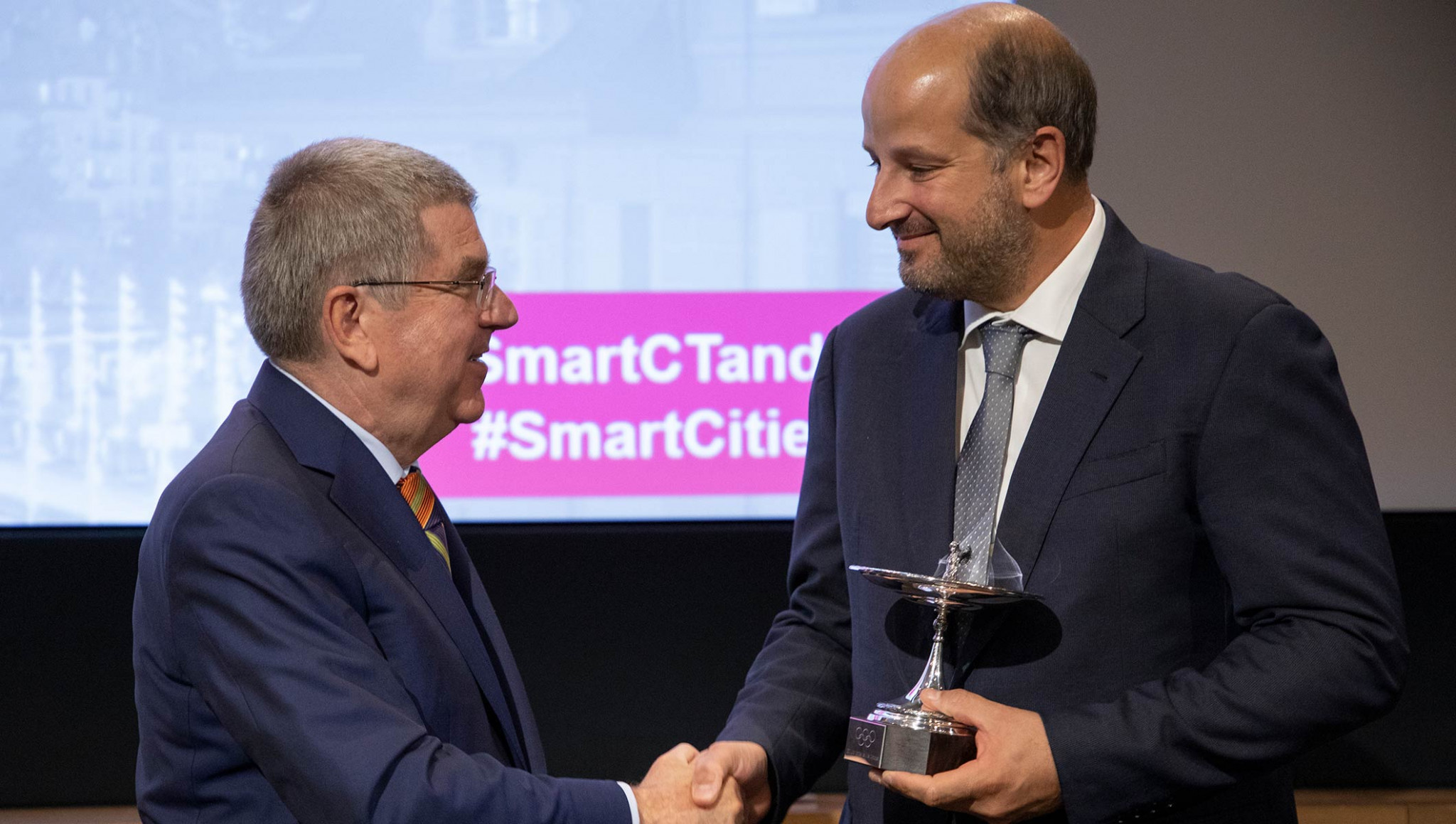 International Olympic Committee (IOC) President Thomas Bach has awarded the Olympic Cup to the World Union of Olympic Cities in recognition of their work to ensure the long-term legacy of Olympic Games.

The World Union of Olympic Cities is an association of former and future Olympic host cities, which was initially created by the cities of Athens and Lausanne.

The Union state their mission is to ensure and promote sustainable legacies of the Olympic Games by facilitating an ongoing dialogue between former and future host cities.

The Olympic Cup was introduced by Baron Pierre de Coubertin in 1906.

The trophy is awarded to an institution or organisation "which has been active in the service of sport and has contributed substantially to the development of the Olympic Movement".

Bach presented the Olympic Cup at the fifth edition of the Smart Cities and Sport Summit here, which is run by the Union.

The annual event aims at helping representatives from cities and regions across the world who are willing to develop strategies that connect sport and cities.

"The World Union keeps the Olympic flame alive across the globe by bringing together past and future Olympic host cities," Bach said.

"In doing so, you are playing an essential role in ensuring the enduring legacy of the Olympic Games.

"You provide inspiring ideas and practical tools, and facilitate a permanent dialogue that supports all Olympic cities in preserving and promoting their unique legacy.

"With Olympic Agenda 2020, we have turned the page and are writing a new chapter in the way future Olympic Games are organised.

"Thanks to our reforms, there is now a completely new approach from the candidature for and the delivery of the Games through to their legacy.

"The greater emphasis on incorporating legacy planning from the earliest stages of preparations for the Olympic Games translates into even greater importance to the work you are doing."

Bach presented the Olympic Cup to Grégoire Junod, President of the World Union of Olympic Cities and Mayor of Lausanne.

Junod stated he was proud to receive the Olympic Cup in the name of the Union.

"Our goal is to support Olympic cities in the long-term management of Iegacy so that the Olympic Games can have a positive impact from a long-term perspective," he said.

"But our goal is also to promote the Olympic values and the use of sports as a tool for city development.

"Thank you very much, Mr President, for this important mark of recognition and confidence in our work.

"We are very glad to be part of Olympic Agenda 2020 of the IOC and to contribute to the development of the Olympic Movement."