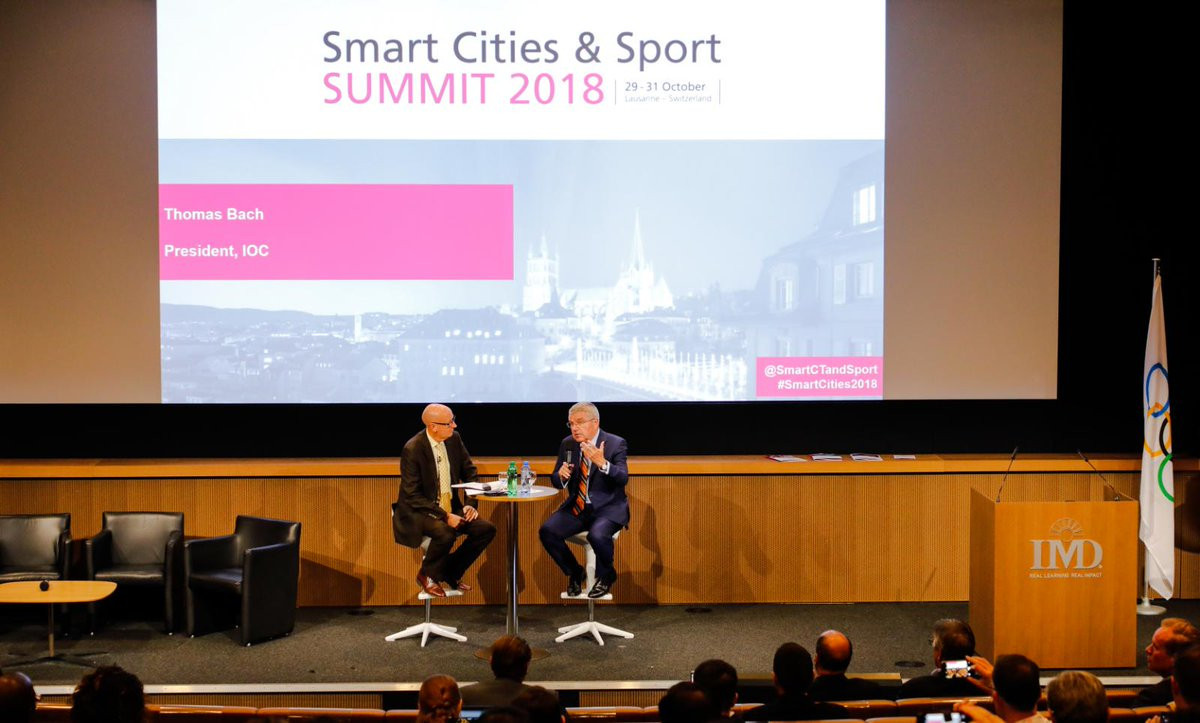 Bach was speaking in an interactive one-hour session at the fifth edition of the Smart Cities & Sport Summit here today.

The German sought to separate the challenges faced between finding hosts for the Summer and Winter Olympic Games.

He suggested there had been a focus from ski resorts to prioritise investment in summer sports, rather than winter, due to the challenges posed by climate change.

This was, partly, due to citizens acknowledging that there would be a reduction in snow over the next decade, according to Bach.

As a result, it is claimed, residents want their cities to focus efforts on summer activities.

"It is important to make a difference between the Summer and the Winter Games," he said.

"The Winter Games are a challenge, for different reasons.

"For geographical reasons, there is already a limited number of potential hosts.

"A swimming pool you can build everywhere, but a mountain for a downhill ski slope is a little bit more difficult, so there was always a limited number.

"What we have now is that with climate change, in particular in Europe, we have an even further reduced number of potential candidate cities.

"We have the attitude that where there is climate change in a number of regions, people are saying that it makes no sense anymore to invest in winter sports as there will be no return on investment as in 10 years we will have no or not enough snow and that means we can only survive with artificial snow.

"Instead it is seen as much better to invest in developing summer destinations, where the downhill piste is being suggested for mountain biking or hiking.

"There we are affected."

"We are also affected by the changes in politics, where everyone believes an Olympic candidature must be put forward to a referendum," Bach continued.

"Are such complex issues, which are seven years away, a real topic for a referendum?

"These days it is difficult to win a referendum for a strategic project, whether it is constructing an airport, a train station or organising the Olympic Games.

"This is another challenge we are facing and we have work to do to get our word across better."

The number of candidates for the Winter Olympics has dwindled in previous races.

Stockholm, Lviv, Kraków and Oslo all withdrew from the race for the 2022 Winter Olympic bid race, which left Almaty in Kazakhstan and eventual winners Beijing.

Sion in Switzerland and an Austrian effort from Innsbruck withdrew from the race for the 2026 race after losing referendums.

Sapporo in Japan opted to focus on a candidacy for 2030, while the Turkish city Erzurum was cut by the IOC earlier this month.

This has left three candidates remaining in the race for the 2026 Winter Olympics.

Calgary's effort is reportedly expected to end today, with funding talks between the Canadian city and the Provincial and Federal Governments breaking down.

The candidacy from Sweden's capital Stockholm remains in the balance due to a lack of political support, while the Italian effort from Milan and Cortina D'Ampezzo still requires Federal Government backing.