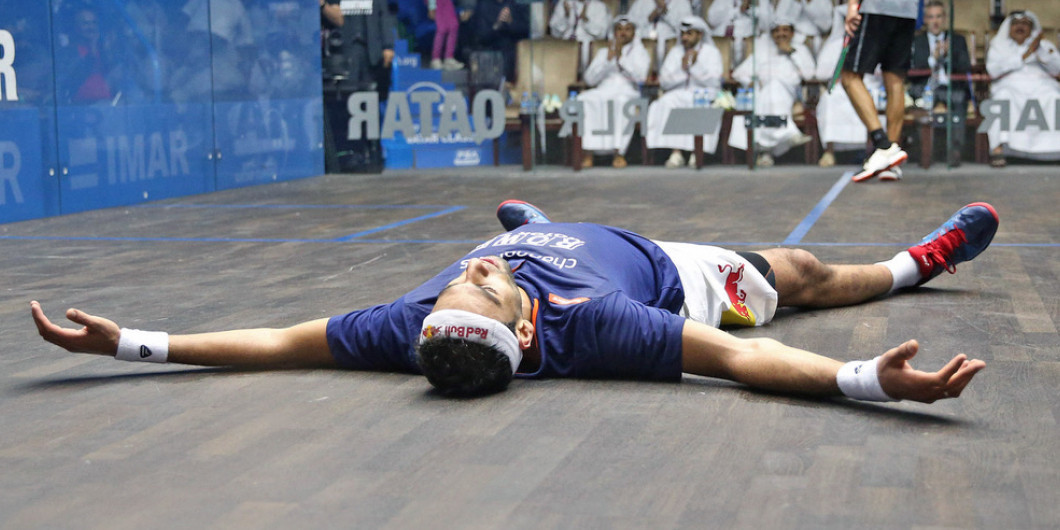 Squash world number one Mohamed Elshorbagy is relishing the prospect of defending his title at the Qatar Classic event that starts in Doha tomorrow - and says that he feels at home at the Khalifa International Tennis and Squash Complex having reached six consecutive finals there.

With three Qatar Classic titles to his name, the Egyptian world champion is the most successful player in the tournament's history, and he also reached the World Championship final at this venue in 2012 and 2014.

The 27-year-old has won 29 of his last 32 matches in Doha, where this year's Professional Squash Association World Tour event will conclude on November 2.

"I have made six finals in the last six years, so I always feel that if there is somewhere where I am the hardest to beat then it is definitely Qatar because I always feel at home on that court.

"If someone is going to beat me there then it will be like they have kicked me out of my home.

"I really look forward to going back there and trying to defend my title.

"I had a tough draw there last year and I stepped up and won the tournament.

"I really hope I can go back there and do it one more time and let's see what happens, there are a lot of good players right now playing really well but hopefully I will be up to the task and be able to defend my title."

Elshorbagy's title win in Qatar last year was one of eight PSA Tour titles the Bristol-based Egyptian picked up during a dominant 2017-2018 campaign, with a 3-1 victory over fellow Egyptian Tarek Momen seeing him capture his third trophy in the country.

He started this season with an appearance in the final at the Oracle NetSuite Open in San Francisco - where he lost out to fellow Egyptian Ali Farag, the world number two - before beating world number five Simon Rösner of Germany to win the US Open a fortnight ago.

Elshorbagy has received a bye through to round two, where he will play either Qatari number two Syed Azlan Amjad or Hong Kong's Tsz Fung Yip.

The Egyptian is on the same side of the draw as Rösner and world number eight Paul Coll of New Zealand, while Farag, Momen and world number six Miguel Angel Rodriguez of Colombia are on the opposite side.

The winner will automatically qualify for the season-ending tournament.