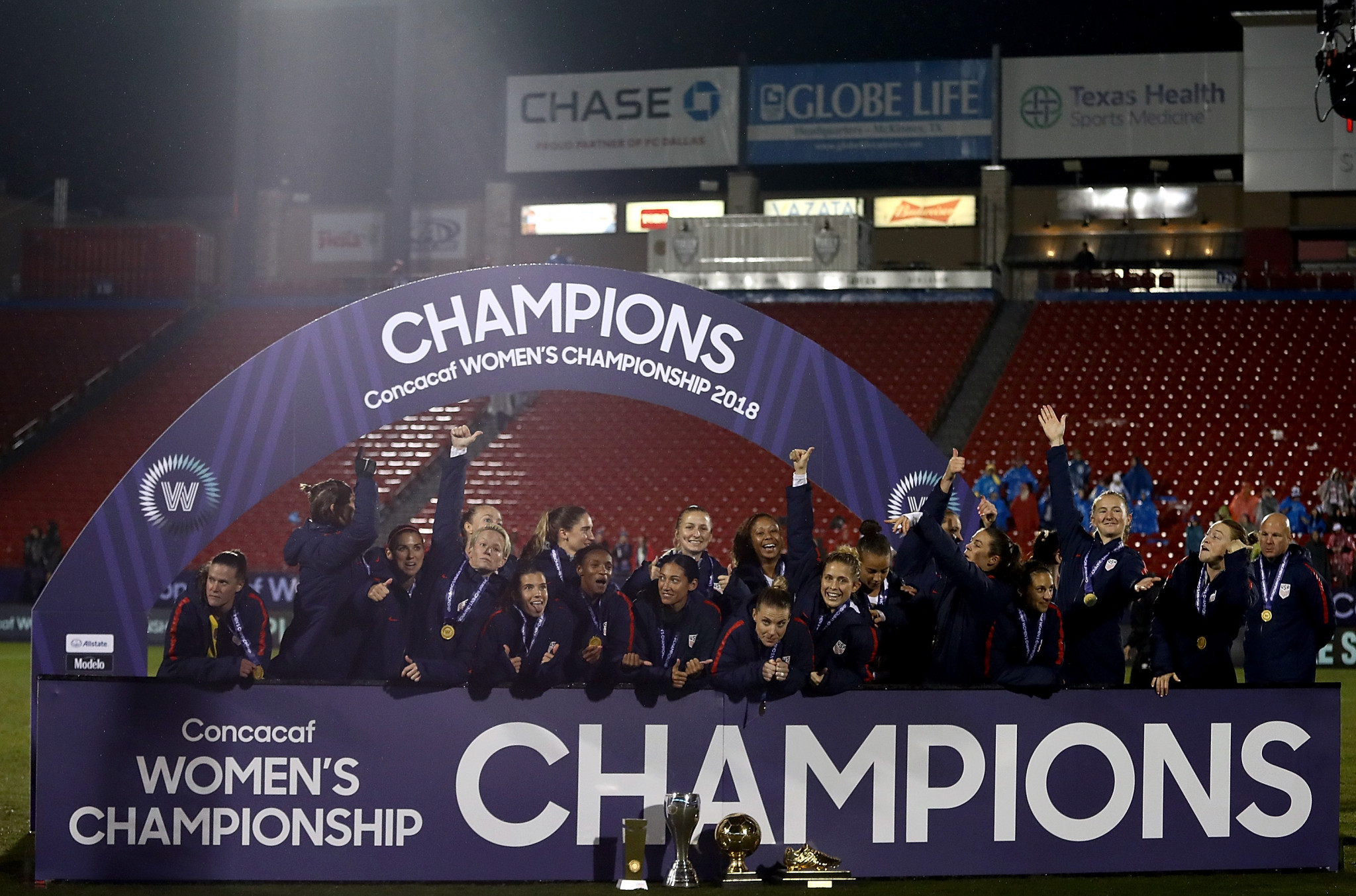 Rose Lavelle and Alex Morgan scored the goals in the final at the Toyota Stadium in Frisco.

As in their previous four games, the Americans scored their first goal inside the opening nine minutes to take the lead.

Midfielder Lindsey Horan’s cross from the left in the second minute led to the ball being deflected to Lavelle, who drilled the ball past goalkeeper Stephanie Labbé into the bottom right corner for her third goal of the tournament.

The score remained at 1-0 for much of the match before Morgan gave the US some breathing space in the 89th minute.

Horan tapped the ball to Crystal Dunn who fed Morgan for the striker to slip home her tournament-leading seventh goal from four yards.

The Americans finished the competition unbeaten from their five matches.

They scored 26 goals in those games and did not concede once.

In today’s opening game, also held at the Toyota Stadium, Jamaica became the first Caribbean team to qualify for the FIFA Women’s World Cup by overcoming Panama in the third-place playoff.

Following a 2-2 draw after extra-time, Jamaica triumphed 4-2 on penalties.

Lineth Cedeño and Kenia Rangel both missed from the spot for Panama before Dominique Bond-Flasza made it four successful penalties out of four for Jamaica to seal victory.

Both the US and Canada secured their place at the 2019 FIFA Women’s World Cup by reaching the final.

Panama will qualify if they win the playoff against the 2018 Copa América Femenina third-placed team, Argentina.