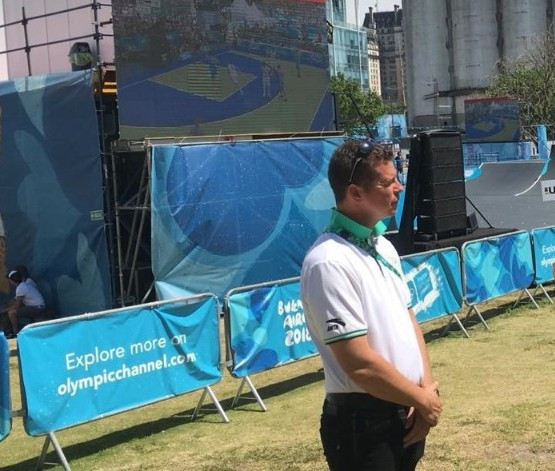 All 28 core sports are set to feature at the 2022 Summer Youth Olympic Games in Dakar and the exact programme could be confirmed by the middle of next year, International Olympic Committee (IOC) sports director Kit McConnell has revealed here.

Discussions are set to take place with organisers of the next edition of the Summer Youth Olympics with a view to confirming the programme in around six months.

McConnell said here that the aim was to have a version of the 28 core Olympic sports at Dakar 2022 but warned events and disciplines must be credible and "not artificial in any way".

It follows confusion as to the format of some of the events at Buenos Aires 2018, including those involving mixed nationalities.

A full review of the Games here will be conducted by the IOC after the event, with McConnell admitting they would have to do this "quickly" as it is "important we get the planning in place for Dakar [2022] early".

"I think that is what we have to do and just make sure as we look back we see if there are any events which don’t tick those boxes of being really credible as a standalone event," McConnell said.

"At the end of the day athletes are going home with medals from these events.

"We have been hugely impressed by what they and their athletes have experienced here so it is a good discussion to have because we are coming out of this with a really strong product - we are looking forward to how this could be strengthened for Dakar."

Few exact details regarding Senegal's hosting of the Games were revealed when Dakar was awarded the event at the IOC session here earlier this month.

There have still not been any discussions over an exact budget for the event.

Senegal President Macky Sall announced a 50,000-seater stadium would be constructed, while a new rail link will be built to help ease traffic concerns.

McConnell highlighted the flexibility in ticketing and attendance and the level of engagement at venues as among the elements from Buenos Aires 2018 that the IOC hope to replicate at Dakar 2022.

"We are already building from success, which makes it easier," he said.

"Some of the lessons we have seen around these clusters of events and taking the sports out to the people provide a template we want to keep moving forward.

"Obviously every city is different, the urban landscape will be different in Dakar compared to Buenos Aires, so we will adapt to that environment and the demographics but try and replicate some of the same principles."