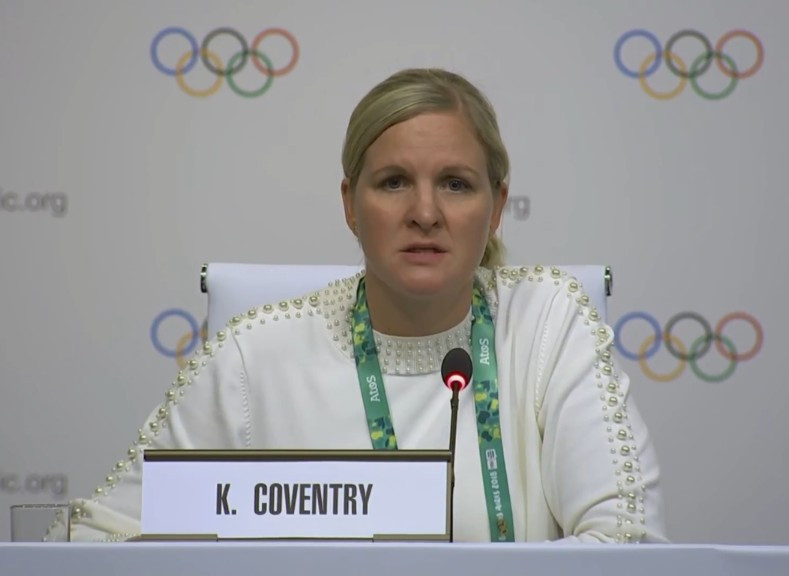 Her appointment follows the decision to award the fourth edition of the Summer Youth Olympic Games to the Senegalese city yesterday.

It will be the first time an Olympic event has been held in Africa.

Bach claimed the appointment of IOC Athletes’ Commission chair Coventry followed their recent efforts to place athletes at the heart of the organisation of the Youth Olympics.

IOC Athletes’ Commission vice-chair Danka Bartekova is the head the Coordination Commission for the 2020 Winter Youth Olympic Games in Lausanne.

I have just been appointed Chairperson of the Senegal Youth Olympic Games Coordination Commission 2022. This means I will be working even more closely with our Senegal family to create a successful African Olympics.#Senegal #YouthOlympics #Olympics #Youth #Africa

"I have just been appointed chairperson of the Senegal Youth Olympic Games Coordination Commission 2022," Coventry tweeted.

"This means I will be working even more closely with our Senegal family to create a successful African Olympics."

As well as the chairing the IOC Athletes' Commission, Coventry also sits on the International Testing Agency Board, World Anti-Doping Agency Foundation Board, Olympic Solidarity Commission and Tokyo 2020 Coordination Commission.

Having been elected to the IOC Athletes’ Commission at London 2012, Coventry’s eight-year term is due to come to an end at Tokyo 2020 - two years before Dakar 2022.

This appointment, though, suggests Coventry may potentially be considered for a possible change in her IOC membership status to individual member following the end of her current term.

This would enable her to continue to chair the Commission.

The 2022 Summer Youth Olympics are due take place in capital city Dakar, the new city of Diamniadio and the coastal resort of Saly, between May and June following the rubber-stamping by the IOC Session.

IOC Executive Director Christophe Dubi claimed yesterday that a budget of $150 million (£114 million/€130 million) has been suggested, although full details of plans are yet to be confirmed.

The IOC insisted yesterday that they would fit the Games to the local context, with no new venues being requested for the Games.

It followed Senegalese President Macky Sall revealing that a 50,000-seater stadium would be constructed, while a new rail link will be built to help ease traffic concerns.

The stadium, the IOC claimed, was planned regardless of the Games.

The IOC suggested they would work with International Federations to devise the programme for the Games in order to ensure the use of existing facilities.