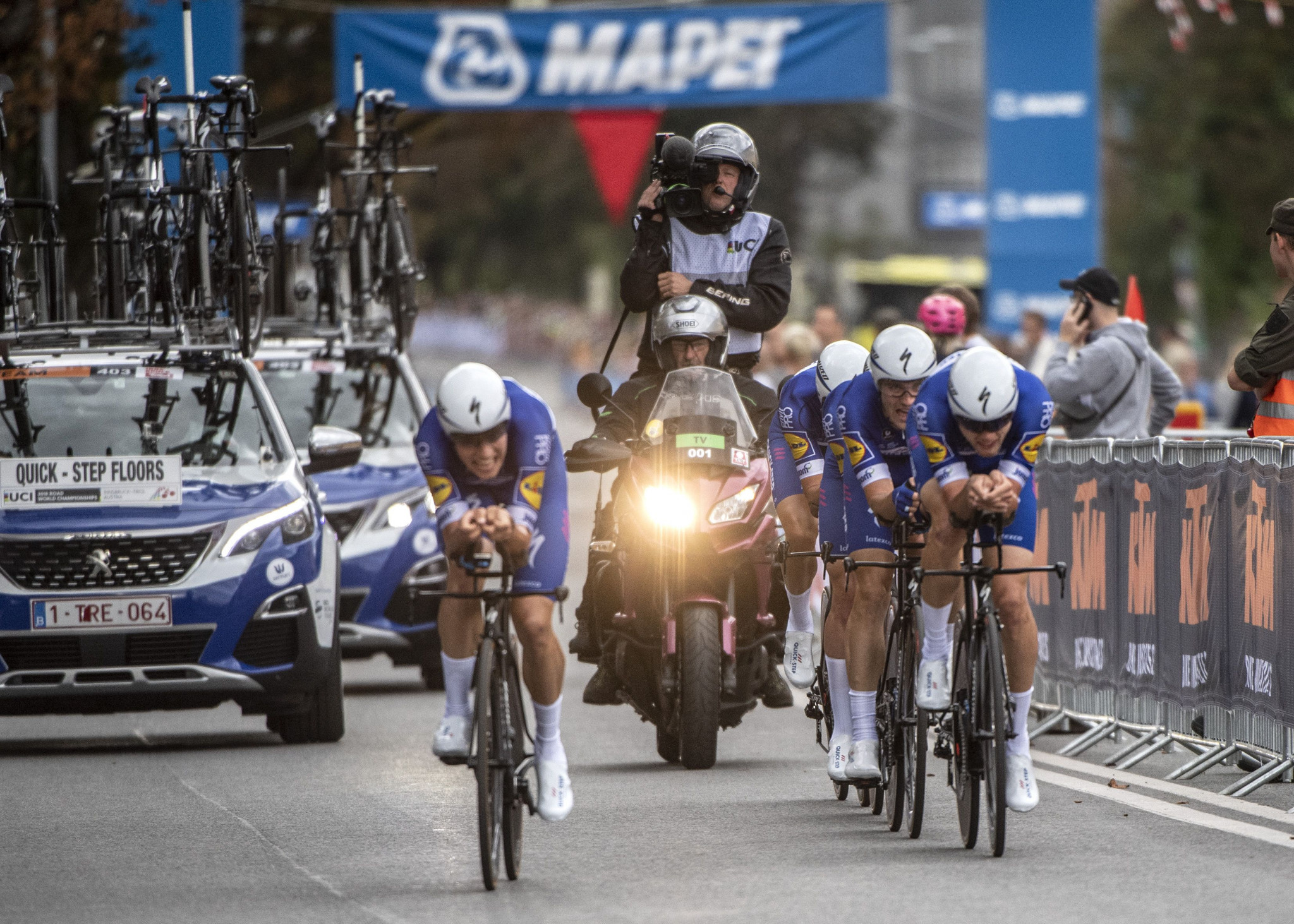 The initiative in the Austrian city last month followed serious accidents in previous years as well as incidents at last year's World Championships.

The UCI had to impose sanctions at the event held in Bergen, Norway, in 2017 as dangerous driving endangered rider safety.

Incidents such as Belgian rider Stig Broeckx's serious accident in 2016, involving two motorbike marshalls, and Antoine Demoitié's death after a crash also involving a motorbike, were used as reminders that rider safety must be paramount.

At the meeting, one of the issues discussed was the fact that 77 nations would be competing in Innsbruck, with varying degrees of international racing experience.

"At the Worlds we had sport directors participating for the first time in an international competition, who are more used to driving in race convoys at continental or national level," said UCI international commissaire, Philippe Mariën.

"Our mission is to get them up to the required level to assure the safety of riders and everyone present in the bubble."

"In Innsbruck experienced sport directors rubbed shoulders with colleagues who are less used to high-level races," he said.

"Our message is aimed at the two groups because UCI WorldTour motorbike riders and drivers also need to be made aware.

"They can get into bad habits or become over-confident."

The UCI says that this initiative is in addition to their continued investment in driving courses to improve rider safety.

"We see more and more organisers and National Federations using these courses to train drivers for races at a lower level or for national competitions," said Jourdain.

"The medium-term goal is to extend this education to federations for class one, class two and national events."