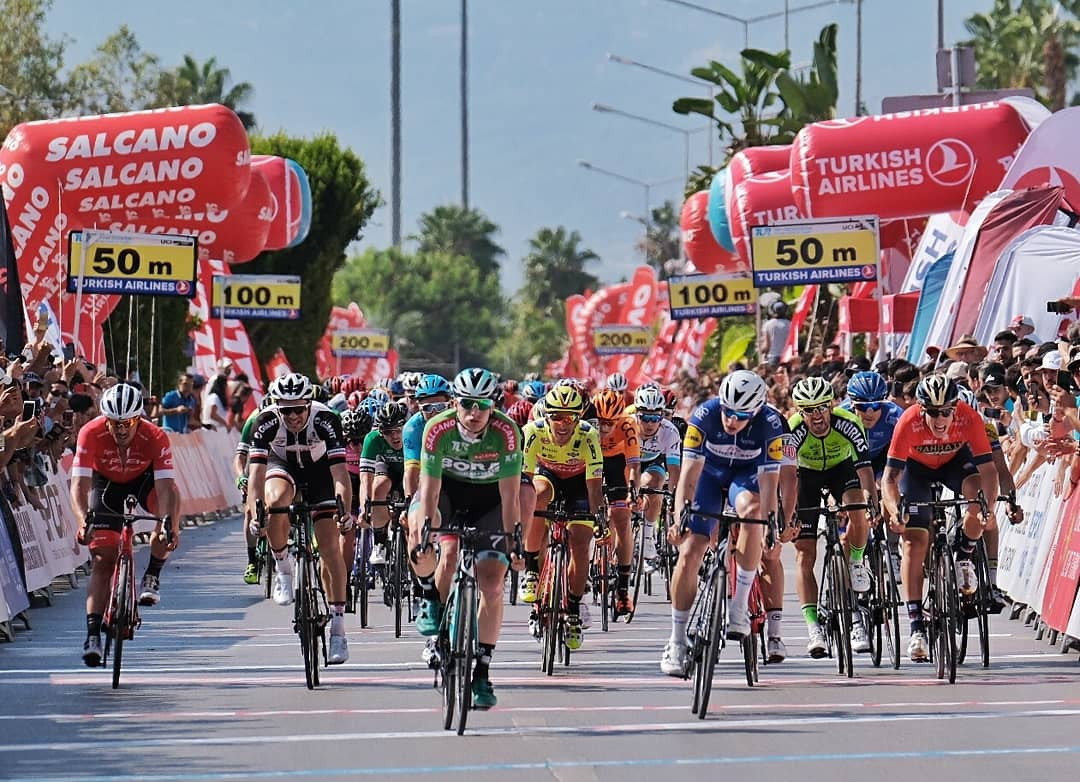 Irish rider Sam Bennett - who competes for Bora-Hansgrohe - has taken the overall lead in the International Cycling Union (UCI) Tour of Turkey after winning stage two in Antalya today.

He won the bunch sprint at the end of the race to cross the line in a time of 3 hours, 24min and 33sec.

Third overall is Jempy Drucker from Luxembourg, who competes for BMC Racing.

Richeze played the role of lead-out man in today's stage, hoping to set up his team-mate Hodeg for a sprint finish win.

Richeze's team-mate started the push for the line, but was unable to hold off Bennett, who in winning the stage picked up his first World Tour leg since the Giro d'Italia in May.

Several of the pre-race favourites, including Germany's John Degenkolb, found themselves caught up in the peloton and unable to break out.

"I came here after a quiet mid-season.

"I won't say I can relax now but some of the pressure has gone."

The third stage will take place tomorrow from Fethiye to Marmaris on the coast.