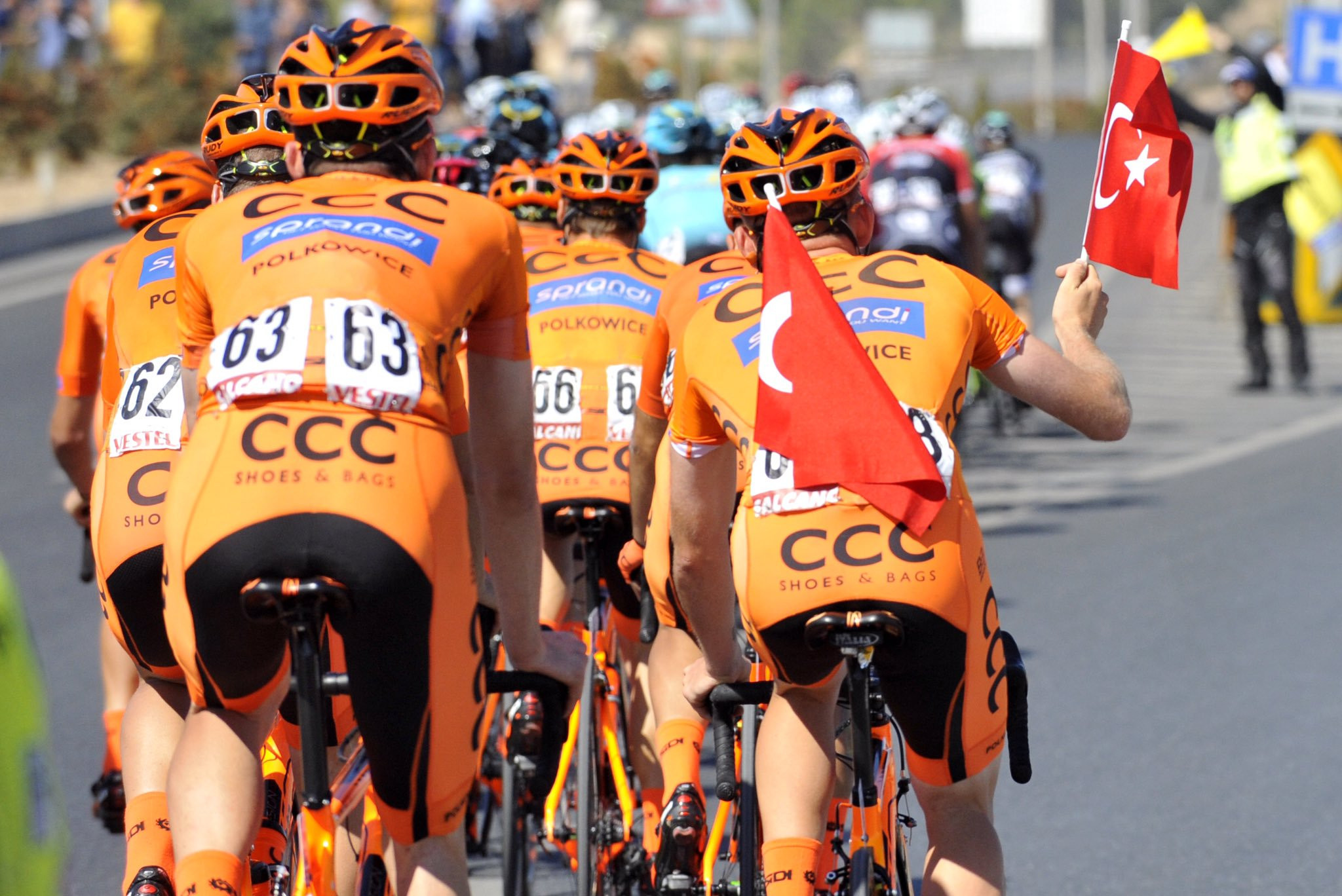 A group of nine World Tour teams are set to take part in the 54th Presidential Cycling Tour of Turkey due to begin tomorrow in Konya.

The 950 kilometres tour, part of the International Cycling Union WorldTour, is scheduled held over six stages, with the final stage held in Turkey's capital, Istanbul.

Stage one will take place in Konya and is due to be followed by a from Alanya to Antalya.

The cyclists will then race from Fethiye to Marmaris for stage three and Marmaris to Selçuk on stage four.

Selçuk to Manisa is due to form the route for stage before the final stage is from Bursa to Istanbul on Sunday (October 14).

A total of 140 cyclists are participating.

Teams competing include the Astana Pro Team from Kazakhstan, the UAE Team Emirates and Bahrain-Merida of Bahrain.

Throughout the race the turquoise jersey will be worn by the leader of the general classification.

UAE Emirates’ rider Diego Ulissi of Italy won last year's event and will be back this year to defend his title.

Ireland's Sam Bennett from Bora-Hansgrohe, winner of four stages in 2017, will also be among the favourites.