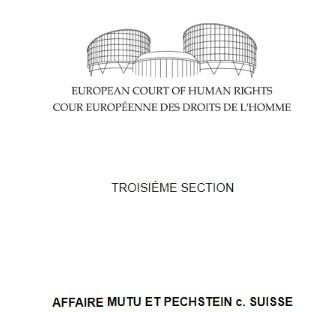 The Court of Arbitration for Sport (CAS) has been handed a welcome boost by a European Court of Human Rights (ECHR) ruling that its procedures largely comply with the right to a fair hearing, as defined by the European Convention on Human Rights.

The ECHR did, however, find that CAS violated the Convention in one respect: its refusal to allow a hearing involving the German speed skater Claudia Pechstein to be held in public; this in spite of a request by the athlete for a public procedure.

CAS described the ECHR judgment as "another confirmation, this time at a continental level, that CAS is a genuine arbitration tribunal and that such sports jurisdiction is necessary for uniformity in sport".

Today's rejection of allegations that CAS could not be regarded as an independent and impartial tribunal is well-timed for the Lausanne-based body, which has come under fire from the International Olympic Committee (IOC) in the wake of its decision last February to overturn sanctions against 28 Russian athletes.

All but 11 of those sanctioned by the IOC for involvement in a "systemic manipulation" of the doping system at the 2014 Winter Olympic Games in Sochi had their appeals upheld by CAS.

IOC President Thomas Bach claimed that decision showed the "urgent need for reforms in the internal structure of CAS".

This meant in particular that CAS "has to change its structure in a way that can ensure and better manage the quality and consistency of its jurisdiction," Bach said.

The IOC has since filed an appeal against CAS’s decision to overturn the sanction given to one of the 28 athletes, cross-country skier Alexander Legkov, at the Swiss Federal Tribunal.

The new ECHR judgment related to applications by Pechstein and Romanian and Chelsea footballer Adrian Mutu that dated from as long ago as 2010.

CAS said that over the eight years while the procedures were pending, its governing body, the International Council of Arbitration for Sport (ICAS), had "regularly reviewed its own structures and rules in order to strengthen the independence and efficiency of the CAS year after year".

It said ICAS was now composed of "a large majority of legal experts coming from outside the membership of sports organisations and has achieved an equal representation of men and women.

"The list of arbitrators has been increased and the privilege reserved to sports organisations to propose the nomination of arbitrators on the CAS list has been abolished."

ICAS, it said, had "already envisaged the possibility of having public hearings at its newer and much larger future premises at the Palais de Beaulieu in Lausanne".

Two judges in the seven-judge chamber that gave the ECHR judgement expressed a separate, and partly dissenting, opinion.

They stated that, in their opinion, CAS’s structure did not satisfy the demands of independence and impartiality in the Convention.

The ECHR said that it held, by a majority, that there had been "no violation of Article 6 § 1 (right to a fair trial) of the European Convention on Human Rights with regard to the alleged lack of independence of CAS".

The Court found that the "CAS arbitration proceedings to which the applicants had been parties were required to offer all the safeguards of a fair hearing".