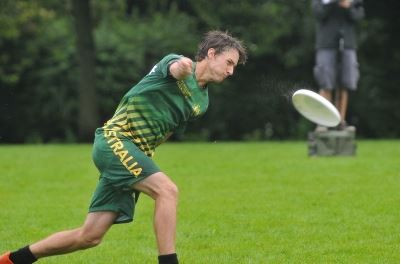 The new rankings see the United States continue to hold the top spot after several impressive recent performances, while Canada stay in second and Great Britain sit in third.

Australia have jumped ahead of Germany to take the fourth spot, while Japan, France and Colombia remain, sixth, seventh and eighth respectively.

New Zealand are now tied for ninth with Switzerland completing the top ten.

"All playing divisions at each event are used to calculate these standings.

"Points are accumulated based on finishing position of the highest ranked team for each country in each playing division, with a maximum number of points awarded to the first-place team, equal to the number of countries participating in that division."

Outside the top 10, The Philippines have jumped up nine places into the top 14, while The Netherlands, Belgium and Singapore have all moved up three spots to 17th, 18th and 19th respectively.

Moving up six spots in the rankings were South Africa, to 28th, Hong Kong, to 29th, and Dominican Republic to 31st.

Four other teams have made their debuts on the rankinsg list after sending teams to the World Ultimate Club Championship.

New to the list are Chile at 38th, Uruguay at 42nd and Argentina and Kenya who are tied at 46th.