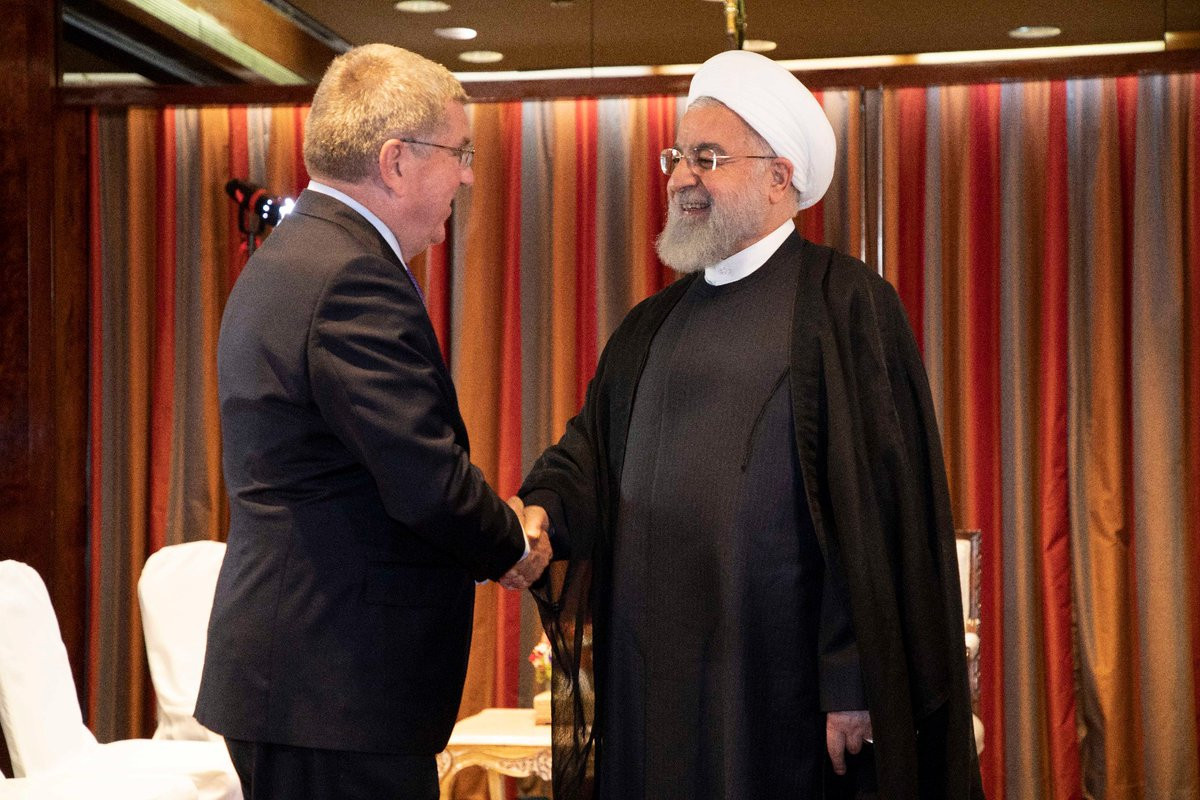 International Olympic Committee (IOC) President Thomas Bach has met with Iranian President Hassan Rouhani during a visit to the United Nations General Assembly in New York, with female participation in sport among the topics discussed.

The meeting comes after Bach met with National Olympic Committee of the Islamic Republic of Iran President Reza Salehi Amiri earlier this month.

He had reportedly expressed his support of the promotion of female participation in sport in the country.

Shooter Elaheh Ahmadi became the first woman to carry Iran's flag at the Opening Ceremony of the Asian Games in Indonesia.

Iran’s policies regarding women in sport has long been the subject of international criticism, particularly from human rights groups.

Women have been banned from stadiums to watch football matches in Iran since 1981 and was extended to include volleyball in 2012.

Iranian President Rohani called for the ban to be lifted earlier this year, while tentative steps to allow women into stadiums for the two sports have been made since.

In his meeting with Bach, Rohani reportedly repeated his vow to achieve his campaign policy to ensure equal access to sport in the country.

"At the start of the meeting the IOC President offered his condolences to the victims of the recent terrorist attack in Iran,” the IOC said.

"Discussing the role of women in sport in Iran, President Rohani confirmed again his campaign policy to give women equal access to sport in the country.

"The IOC President encouraged this policy and told him that the IOC looked forward to further developments in this field.”

President Bach met the Managing Director of IMF, Christine Lagarde, ahead of the UN General Assembly. They discussed the positive economic and social impact on a host country of organising Olympic Games - also discussed the economic outlook in different areas of the world. pic.twitter.com/j01ON03jiO

The IOC claim they discussed the "positive economic and social impact on a host country of organising Olympic Games and also discussed the economic outlook in different areas of the world.”

This reportedly centred on the IOC's Olympic Refuge Foundation and the “worrying trends in the policy of the European Union which jeopardises the European sports model, which is based on volunteers and solidarity,” according to the IOC.

The IOC added that "Kitarovic supported the principle that there must be a difference in the political approach between, on the one hand, sports clubs and federations as a social movement, and on the other, commercial profit orientated sports organisers".