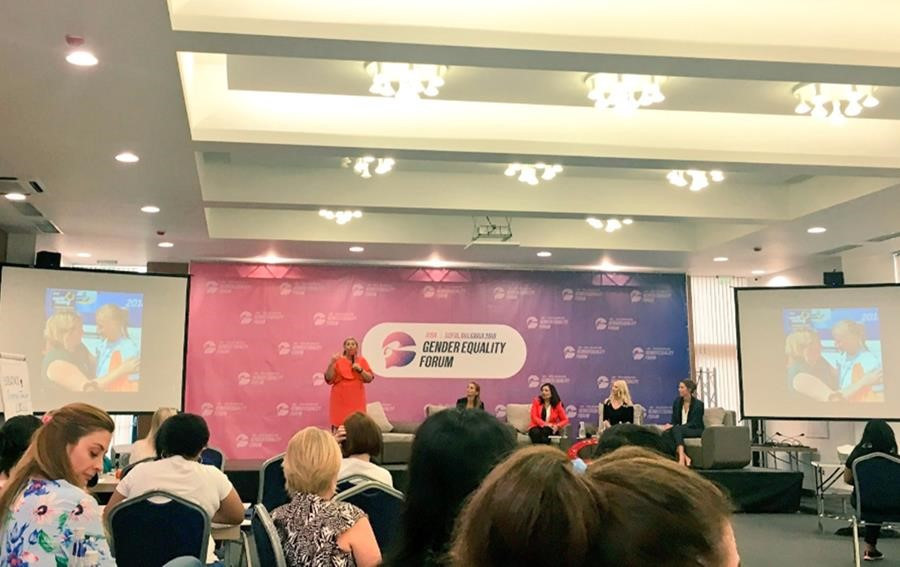 The International Boxing Association (AIBA) has hosted its own Gender Equality Forum for the first time in history.

The Forum welcomed more than 50 participants from all over the world, including national women’s boxing leaders, coaches and referees.

AIBA claimed to be holding the event in line with International Olympic Committee’s (IOC) aspirations to see gender equality widely recognised both in sporting competitions and organisations.

It started off with a grand opening ceremony that featured welcome speeches from AIBA chief executive Tom Virgets, Bulgaria’s Minister of Youth and Sports Krasen Kalev, AIBA executive vice-president and European Boxing Confederation President Franco Falcinelli, as well as Emilia Grueva, chairperson of the AIBA Women's Commission and of the Organising Committee for the Forum.

The guests were then involved in a programme led by Gabriela Mueller, whose numerous areas of expertise mainly focus on the issue of gender diversity.

"Gender equality, women’s empowerment and unlocking the potential of women and girls has a transformative and multiplier effect in society," she said.

"The full participation of women in sports, from grassroots to leadership positions, unlocks this potential.

"Even though boxing is one of the sports with a transformative effect in society, it is mostly thought of as a male-dominated sport.

"Achieving gender equality in boxing is essential for it to grow as a sport and an Olympic discipline."

In her workshops, Mueller introduced the audience to her highly-prominent Gender Diversity and Inclusion Solutions that are backed up by 15 years of research, practical global experience and numerous studies.

The highlight of the AIBA Gender Equality Forum was the panel discussion seeking to address the question of "How International Federations/NOCs (National Olympic Committees) or organisations can move from talking about equality to actually achieving it in quality and quantity".

The speakers shared their inspirational and motivating ideas with the aim of drawing some insightful conclusions that other leaders and participants in the Forum could easily remember and apply in the move towards a more equal world in sports.

"Gender equity is of significant importance to the AIBA family and a top priority for the future development of our sport," AIBA Interim President Gafur Rakhimov said.

"I strongly believe that sport can be used as a tool to empower women and girls both in and out of the ring, but all of us - including men and boys - need to be involved in promoting and supporting gender equity.

"This is not a single gender issue.

"This is an issue for all of humanity and one that we all need to be involved in."

In June, AIBA announced a series of changes it has made to its policy in favour of gender equality in boxing.

In an effort to promote and encourage female participation throughout the sport, AIBA claimed it has taken a big step forward by increasing its quotas for women, both in the ring and on its ruling Executive Board.

It follows pressure on the world governing body from the IOC to achieve greater gender equality.

In March, AIBA unveiled a diversity in boxing programme which it claimed will be used to help National Federations access various initiatives in the coming years.

The focus is being placed on developing youth and women's boxing initiatives.

The latter is significant, with AIBA claiming that it will significantly increase the number of female boxers competing,

The IOC removed two weight categories from the men's competition to make way for two women's at the 2020 Olympic Games in Tokyo - against the wishes of the majority of AIBA officials.

The IOC has insisted, though, that the decision is final.