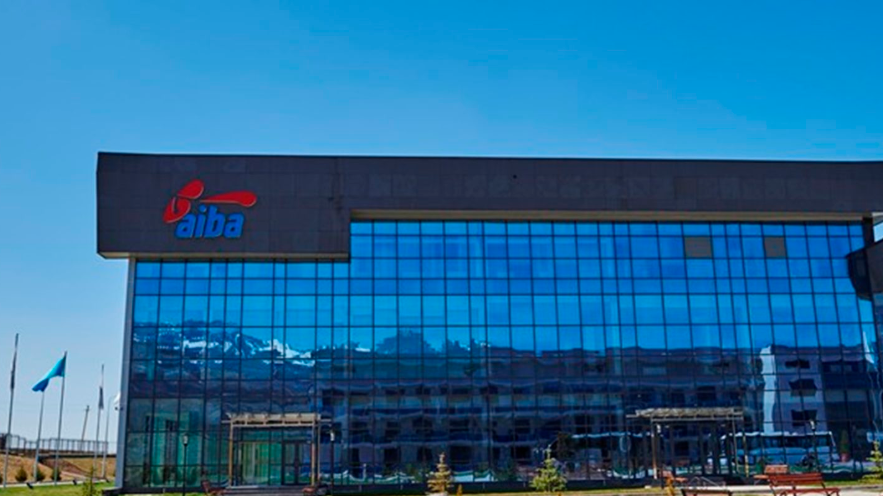 The organisation's executive director Tom Virgets has claimed in a message coinciding with the submission that the worldwide governing body is "dedicated to transparency on all levels".

It comes at a time when boxing's place at the Tokyo 2020 Olympics is under threat, with the IOC warning that it could remove the sport from the Games amid concerns over the sport's governance.

IOC President Thomas Bach highlighted a series of issues surrounding AIBA after the IOC Executive Board meeting in Pyeongchang in Febraury.

Chief among them was the appointment of Gafur Rakhimov as interim President, despite his alleged links to organised crime.

Rakhimov was chosen to replace Franco Falcinelli at the AIBA Extraordinary Congress in Dubai in January after the Italian interim leader decided to step down.

An investigation into AIBA governance by the IOC is currently ongoing, run by its chief ethics and compliance officer, Paquerette Girard-Zappelli.

Among the problems cited by Bach in the organisation were the "preparations for the Extraordinary Congress in Dubai and the way the new leadership was, I cannot say elected, but promoted or installed".

The report submitted to the IOC provides information regarding AIBA’s current and future actions in the fields of governance, management, finance, and sporting integrity.

These are the diversity in boxing programme, which AIBA claims will be used to help National Federations access various initiatives in the coming years, and the gender equality forum.

"AIBA is committed to implementing change in many areas and has already made great progress in the last couple of months," Virgets said.

"As we continue our road towards a more prosperous AIBA, we are dedicated to transparency on all levels.

"We look forward to being able to share this report and more exciting announcements with all AIBA members as soon as possible.

"This report is just the first of many steps for the new AIBA."

Falcinelli had himself replaced Taiwan's C K Wu in 2017, following an ongoing crisis at the organisation and claims of financial mismanagement.

Rakhimov has repeatedly been named as a mafia boss in the media although he has never been prosecuted for anything.

In January, however, he was among 10 individuals the United States Treasury announced they were imposing sanctions on because they were allegedly associated with the alleged Eurasian criminal entity, the Thieves-in-Law.

AIBA claimed the 66-year-old was moved to the role in accordance with its statutes.

The IOC has also expressed concerns around a lack of "clarity" around finances, the failure of an approved project to reform the referees system and the absence of a "robust anti-doping programme".

Bach also said the IOC had not yet accepted AIBA's claim that no bouts at the 2016 Olympic Games in Rio de Janeiro were affected by match-fixing.

AIBA were ordered to deliver a report by the end of this month to the IOC.

The report submitted is part of a complete organisational review which is currently being completed by AIBA.

The review includes input from all of AIBA’s stakeholders and will lead to the "New Foundation Plan".

This plan and the recommendations produced will be discussed during the AIBA Executive Committee meeting in July.

Rakhimov admitted in a newly established AIBA newsletter that the past few months have been challenging for the body, but that he remains strongly optimistic about its future.

"We have entered into a new era for Olympic boxing, one aimed at creating a more prosperous organisation that will benefit all of our stakeholders," he said.

"Through this monthly newsletter, I hope to provide the entire boxing community with updates and insights on our progress.

"Already, your new AIBA Executive Committee has been working hard to bring positive changes, especially in the development of new policies with regards to governance, organisational ethics and diversity.

"My priority is to ensure that the boxing community is also part of the process and that your voice is being heard.

"We are a family and together, we are forging a new AIBA, one that nurtures and grows boxing across the globe.

"It is now, more than ever, the time for AIBA to show the world that we are united.

"The work for making AIBA stronger has now begun.

In February, Pat Fiacco was appointed as boxing's technical delegate for Tokyo 2020, succeeding Helmut Ranze, who held the role for Rio 2016.

The Canadian is a member of the AIBA Executive Committee and also chairs the body's Technical and Rules Commission.

Fiacco was also appointed as the interim AIBA administrator as part of the new leadership of the organisation.

Rakhimov appointed Virgets as AIBA's executive director, with the American having previously served as the chair of the AIBA Disciplinary Commission.