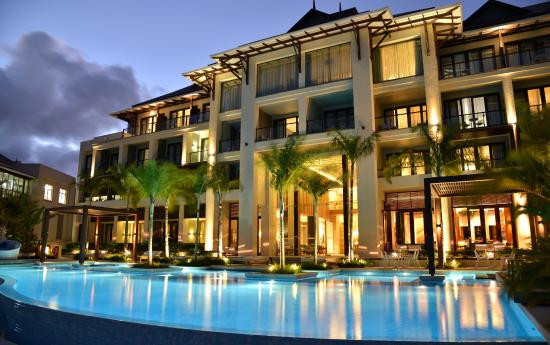 Former Moscow Laboratory director turned whistleblower Grigory Rodchenkov has claimed the expected reinstatement of Russia by the World Anti-Doping Agency (WADA) would be a "a catastrophe for Olympic sport ideals" as American Travis Tygart warned the opposition from athletes would only get stronger after tomorrow's vote.

Rodchenkov is among the latest to speak out against the Russian Anti-Doping Agency (RUSADA) being declared compliant at tomorrow's crunch Executive Committee in the Seychelles, where the 12-member body are set to make a decision many are calling one of the most critical ever made in the anti-doping movement.

The Russian, who remains in witness protection in the United States after provided much of the evidence that has led to Russia becoming a pariah in world sport, joined the likes of WADA vice-president Linda Helleland, Tygart and athletes groups in condemning RUSADA being reinstated.

The opposition comes following confirmation WADA softened the two remaining criteria on RUSADA's compliance roadmap regarding the McLaren Report and access to the laboratory in the Russian capital after the organisation reached a compromise with the scandal-hit nation.

The International Olympic Committee (IOC) Athlete Commission broke their silence today, offering their backing for the recommendation made by the Compliance Review Committee.

Their support was widely expected after IOC members and other sports representatives lobbied considerably for RUSADA to be declared compliant during a fractious Executive Committee meeting in Montreal in May.

"It is clear that any decision by WADA to reinstate RUSADA - which would then be followed by the reinstatement of the Moscow Laboratory - would be a catastrophe for Olympic sport ideals, the fight against doping and the protection of clean athletes," Rodchenkov said in a statement.

"WADA must not fall prey to manipulation and false assertions from the Ministry, the same arm of the Kremlin that facilitated the doping programme and asserted false compliance."

The American, an outspoken critic of WADA and the IOC throughout the Russian doping scandal, told British newspaper the Evening Standard that tomorrow's decision could spark an athlete revolt.

"Athletes are speaking out like never before," he said.

"They’re beginning to find their voice, they’re so frustrated and they’re understandably rallying.

"Athletes are realising they need to come together to provide results.

"That’s only going to get louder."

WADA has been subjected to intense criticism from athletes, anti-doping groups and other officials since the confirmation they had accepted more lenient terms than they had previously asked for from Russia, found to have committed a "systematic manipulation" of the drugs-testing system at major events including the 2014 Winter Olympic Games in Sochi.

Seven members of WADA's own Athlete Committee signed a statement which urged them to reconsider, while others have called on tomorrow's vote to be postponed.

WADA has also been accused of "moving the goalposts" and "sending a message to the world that doping is tolerated" by reaching a compromise with Russia, while Helleland, the most senior WADA official to speak out against Russian reinstatement, said the compromise reached with the country undermines the credibility of the organisation.

"The reinstatement of RUSADA, given the softening of the demand that Russia accept the findings of the McLaren Report, will tarnish WADA's reputation and bring sport into disrepute," International Association of Athletics Federations Athletes' Committee chairperson Iñaki Gómez, a retired Canadian racewalker, said.

"In the eyes and minds of many athletes, such an outcome proves one thing: appeasing a handful of sports politicians overrides the rights of millions of clean athletes and the principles and ethics in sport."

Gómez also said in an opinion piece that "we need more Beckie Scotts" after the WADA Athlete Committee quit the CRC in protest at its recommendation.

The IAAF Athletes Commission later wrote directly to the WADA Executive Committee, urging the body not to reinstate Russia and that the original roadmap be "adhered to in its entirety".

The IOC Athletes' Commission have discussed in detail the recommendations of the @wada_ama Compliance Review Committee (CRC) and agreed in principle with the recommendations made. We would like to see a clear process & timeline for receiving & fully verifying the lab data.

"UK Sport backs UKAD and its Athlete Commission in calling for the WADA Executive Committee to maintain WADA's current position on the reinstatement of Russia until the conditions directed by the Russia Roadmap are fully and transparently met," said Grainger, Britain's most decorated female athlete.

"What doping steals from athletes is irreplaceable and the integrity of sport and competition has to be protected to maintain public trust and support.

"This responsibility rests with leaders at every level."

The statement from the IOC Athletes' Commission confirmed the group "agreed in principle with the recommendations made".

The Commission, led by Zimbabwe's Kirsty Coventry, also called for "a clear process and timeline for receiving and fully verifying the lab data".

WADA has defended its position, with Sir Craig insisting the proposals made "are grounded in pragmatism and are nuanced interpretations of the roadmap".