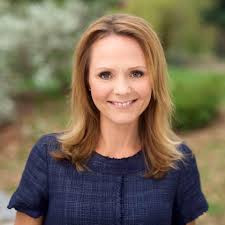 World Anti-Doping Agency (WADA) vice-president Linda Helleland has revealed she will vote against the reinstatement of the Russian Anti-Doping Agency (RUSADA) as she warned the compromise reached with the country undermines the credibility of the organisation.

Helleland, a candidate to replace Sir Craig Reedie as President when his term comes to an end next year, claimed the tabled proposal following the recommendation on RUSADA from the Compliance Review Committee (CRC) "deviates considerably" from the original criteria.

In a rare example of a senior official publicly declaring which way they will vote in a closed meeting, the Norwegian said WADA should not "make any compromises that undermines your credibility".

"I can see that progress is being made and I acknowledge the efforts done by RUSADA, but as long as the McLaren Report is not acknowledged and WADA still has no access to the laboratories, I will vote against the reinstatement of Russia," Helleland said in a statement.

"If you choose to reinstate Russia, you defy the very wish of the Athletes' Committees around the world, who have very clearly stated that they will not accept a reinstatement now.

"This moment will forever define the credibility of WADA as the independent and strong front runner for clean sport.

"I am afraid that by opting for the easiest way out, it will ultimately hurt WADA in the future."

Helleland, an outspoken critic of sport's handling of the Russian scandal, voting against RUSADA was widely expected as she has consistently vowed to stick to the original roadmap.

The CRC has instead accepted softened criteria concerning a public acceptance of the McLaren Report and access to the samples and data stored at the Moscow Laboratory, sparking widespread criticism from athletes and other officials.

The Norwegian Minister of Children and Equality becomes the latest to speak out against RUSADA's reinstatement and the verdict reached by the CRC following confirmation that WADA accepted more lenient terms than they had previously asked for.

Seven members of WADA's own Athlete Committee signed a statement which urged WADA to reconsider.

"It should not be possible to commit the biggest doping scandal of the 21st Century and then be reinstated without completing the conditions that have been set," the statement read.

"Any compromise on the roadmap will be a devastating blow to clean athletes and clean sport."

A group of 13 anti-doping agencies also hit out at WADA, accusing the organisation of "moving the goalposts" and "sending a message to the world that doping is tolerated" by reaching a compromise with Russia.

Others have called for the vote, scheduled to be held at the Executive Committee meeting in the Seychelles on Thursday (September 20) and which is expected to go Russia's way, to be postponed "until such time as Russia has clearly and publicly met the outstanding conditions of WADA’s roadmap and can confirm it is in possession of the crucial data".

WADA has defended its position, with Sir Craig insisting the proposals made in the leaked letters "are grounded in pragmatism and are nuanced interpretations of the roadmap".

"Is doing nothing a realistic option?" Sir Craig added to insidethegames.

"We couldn't just sit back and do nothing - this moves things forward.

"We have absolutely followed the correct process."