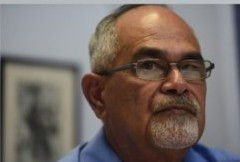 Fiji Association of Sports and National Olympic Committee (FASANOC) has announced the appointment of Patrick Bower as the country's Chef De Mission for next year's Pacific Games in Samoa.

Bower has a wealth of experience in the position, having carried out the same role for Fiji at the 2018 Commonwealth Games in the Gold Coast, the 2008 Olympics in Beijing and the 2007 Pacific Games, which also took place in Apia in Samoa.

"It is my privilege to serve Fiji in the role of Chef de Mission," said Bower.

"I know that we have a great team and we should do really well."

Fiji finished fourth in the overall medals table at the last Pacific Games in Port Moresby in Papua New Guinea.

FANASOC began their search for a Chef De Mission in June, and at the time intended to use the same person again for Toyko 2020 if they performed well for the Pacific Games.

Team Fiji have also advertised for other positions, such as general managers, section managers, coaches and medical volunteers.

Bower has particularly stressed the importance of recruiting general managers.

"In that regard we really need to get our general managers in place." Bower said.

"The general managers are my right hand.

"They will be working with the sports alongside me and we are looking at all the specifics of by sports to see that we get across from our mark and that we do it we well."

The Pacific Games will be held from July 8 to 20 and will give Team Fiji a chance to qualify for the 2020 Olympics in sports such as archery, athletics, football and judo.