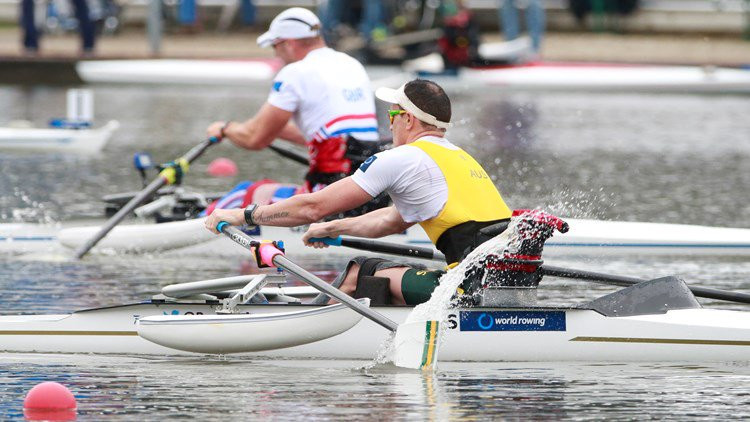 His performance saw him ease into the semi-finals as he continued the defence of his world title with a commanding display in Plovdiv.

"I think I was just very lucky today," the Australian said.

"The conditions were actually very tricky, especially in the middle thousand, it was very bumpy and you just had to hope that every stroke went in correctly.

"It was one of the more technical races that I have had to do, just trying to make sure that I got every single stroke connected correctly and just following the process.

"Nothing changes between now and Sunday’s (September 16) finals, it’s just following the routine."

Polianskyi had earlier won his heat in 9:58.480, with Fabrizio Caselli of Italy qualifying in second place.

The result saw both athletes book their place in the semi-finals.

Andrew Houghton of Britain triumphed in heat two despite struggling towards the end of the race as he clocked 10:01.960.

Brazil's Rene Pereira pushed the Briton all the way before finishing second in a heat which was delayed by over an hour owing to an issue with another boat in the race.