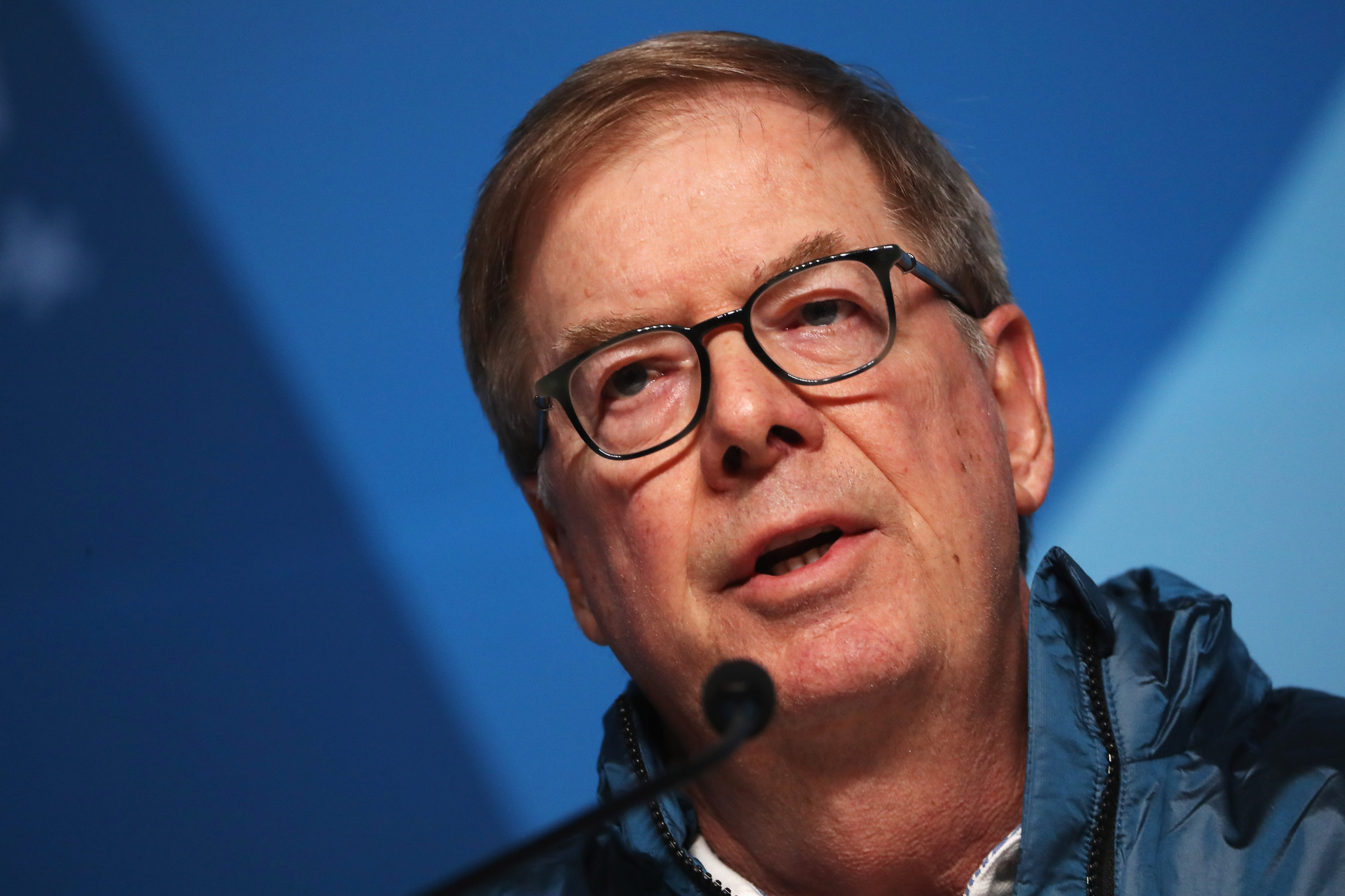 Larry Probst is to step down as chairman of the United States Olympic Committee (USOC) at the end of this year, it has been announced.

The 68-year-old will be replaced by independent USOC board member Susanne Lyons from January 1.

As a result he will give up his International Olympic Committee (IOC) membership.

It is the latest development in a changing of the guard at the USOC after Scott Blackmun resigned as chief executive in February, citing health reasons as he battled prostate cancer.

Lyons took on that role on an acting basis before Sarah Hirshland was confirmed as the permanent replacement in July.

This means that the two biggest roles at the USOC are now occupied by women.

Probst, who first became chairman in 2008 and was reelected in 2012 and 2016, said it was time for a "new generation of leaders" with Lyons elected unanimously to replace him by the USOC board.

"Serving as chairman of the USOC board of directors has been an extraordinary honour and I’m proud of the work we did during my tenure to support American athletes, and advance the Olympic and Paralympic Movements," he said.

"I became chairman at a difficult time for the USOC and worked diligently with my colleagues here in the US and round the world, to change the USOC for the better.

"It's now time for a new generation of leaders to confront the challenges facing the organisation and I have the utmost confidence in Susanne's and Sarah's ability to do just that."

Probst was elected as an IOC member in 2013 but will now relinquish that position as it was tied to his chairmanship.

He will meet IOC President Thomas Bach in New York City this month to discuss how he can "continue to be involved".

"I want to try and stay connected in some way," said Probst, a former President of video game company Electronic Arts.

A USOC statement credited Probst with a "transformative period in USOC history, both on and off the field of play", and said he achieved "financial stability" through various broadcast and corporate agreements.

They said the "successful renegotiation" of the USOC's revenue sharing agreement with the IOC was a "signature success" of his tenure.

He led board approval for the US Center for SafeSport, an independent body which currently has a critical role to play due to abuse scandals in American sport.

The USOC has faced criticism for its handling of the sexual abuse cases involving former USA Gymnastics doctor Larry Nassar and recovering from the fall-out will be an important task for both Lyons and Hirshland.

Probst, also a member of the Association of National Olympic Committees Executive Council and the Panam Sports' Executive Committee, also led USOC as Los Angeles was awarded the 2028 Summer Olympics and Paralympics.

The US topped the medal table on total count at three Olympics during his tenure - Vancouver 2010, London 2012 and Rio 2016.

Lyons first joined the USOC board in 2010 and in January was appointed the chair of a group dedicated to athlete safety.

This specifically looked at the Nassar case with the USOC facing allegations that they could have responded sooner to the scandal.

"I'm honoured that the board has entrusted me with this position," Lyons said.

"I'm eager to continue to support our Olympic and Paralympic athletes, and ready to do the work necessary to regain the trust of our athlete community, particularly survivors of abuse.

"I’ve been associated with the Olympic and Paralympic Movements for nearly two decades and never dreamed I would be in this position.

"It's no secret that the USOC is at critically challenging time in its history and we simply must get it right.

"I intend to make sure we do.

"I think change is good.

"There are areas where we need to have change, and a lot of that has to start at the top."

Bach was among those to pay tribute to Probst, the current chair of the Olympic Channel Commission.

"Larry led the USOC at a critical time in the history of the organisation," the German said.

"At the same time, he became a trusted voice and valuable member of the IOC.

"Chairing one of the most important Commissions, he played a crucial role in the creation of the Olympic Channel and its success both worldwide and in the United States.

"Under his leadership, and through his personal efforts, the standing of the United States in the international sport community was greatly improved.

"The awarding of the 2028 Olympic and Paralympic Games to Los Angeles is a fitting testament to his efforts."