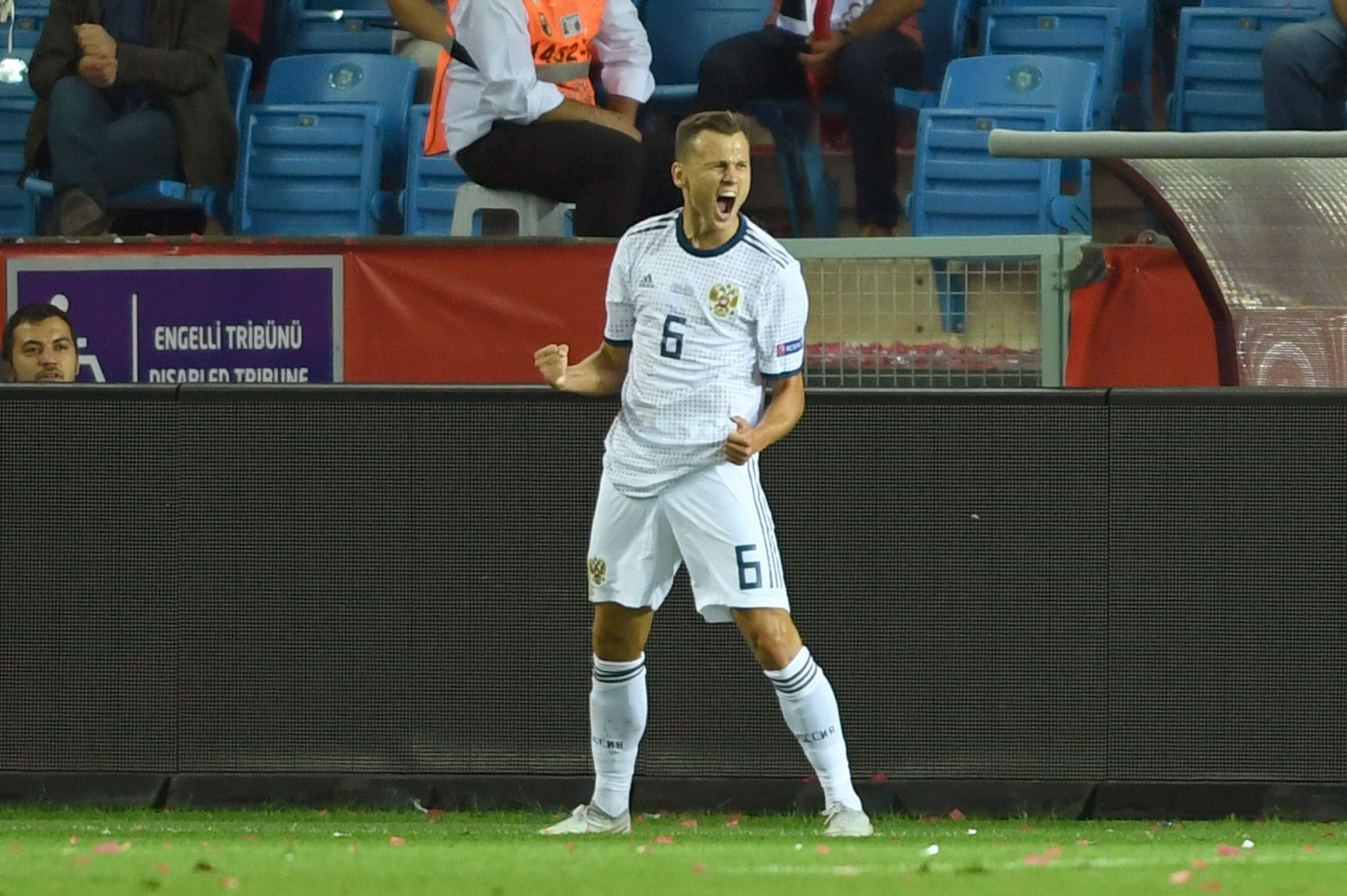 Russian footballer Denis Cheryshev, who helped his country to the FIFA World Cup quarter-finals in June, is now reportedly being investigated again by a Spanish anti-doping agency over an injection of "growth hormone".

The midfielder scored four goals in five World Cup matches on home soil but has been forced to deny taking banned substances while preparing for the tournament.

He is now reportedly being probed by the Spanish Agency for Health Protection in Sport (AEPSAD) as he is playing in Spain for Valencia.

Previously, the Russian Anti-Doping Agency (RUSADA) had looked into the case.

The saga began when Russian magazine Sport Weekend published an interview in July 2017 in which Dmitri Cheryshev, his father who is also a manager and a former international footballer, said that the 27-year-old received an injection of “growth hormone” to speed up his recovery from injury.

The Russian Football Union (RFU) responded by saying that the player had received treatment, but that it was a legal injection of platelet-rich plasma (PRP).

The RFU accused the journalist who interviewed Dmitri Cheryshev of having "incorrectly interpreted his words".

Sport Weekend said that the Dmitri Cheryshev had used those words but also referred to "growth factor", another term for PRP therapy.

RUSADA deputy director general, Margarita Pakhnotskaya, announced that they had interviewed both father and son following the World Cup.

Cheryshev joined Valencia on loan in August from another Spanish club, Villareal.

The RFU said that the player’s treatment had been carried out at Villareal but also checked by its own Medical Committee.

RUSADA also announced they had submitted a "report" to the AEPSAD and to the World Anti-Doping Agency (WADA)."

A spokesman for AEPSAD later confirmed it was "investigating the case in collaboration with RUSADA and in contact with WADA," according to The Telegraph.

The use of growth hormone without a medical exemption is punishable with a ban of up to four years.

During the World Cup, Cheryshev denied using the banned substance.

"I don't know where the journalist got this from," Cheryshev said when asked about his father's comments.

"Maybe they didn't understand my father.

"I have never used any prohibited substances."