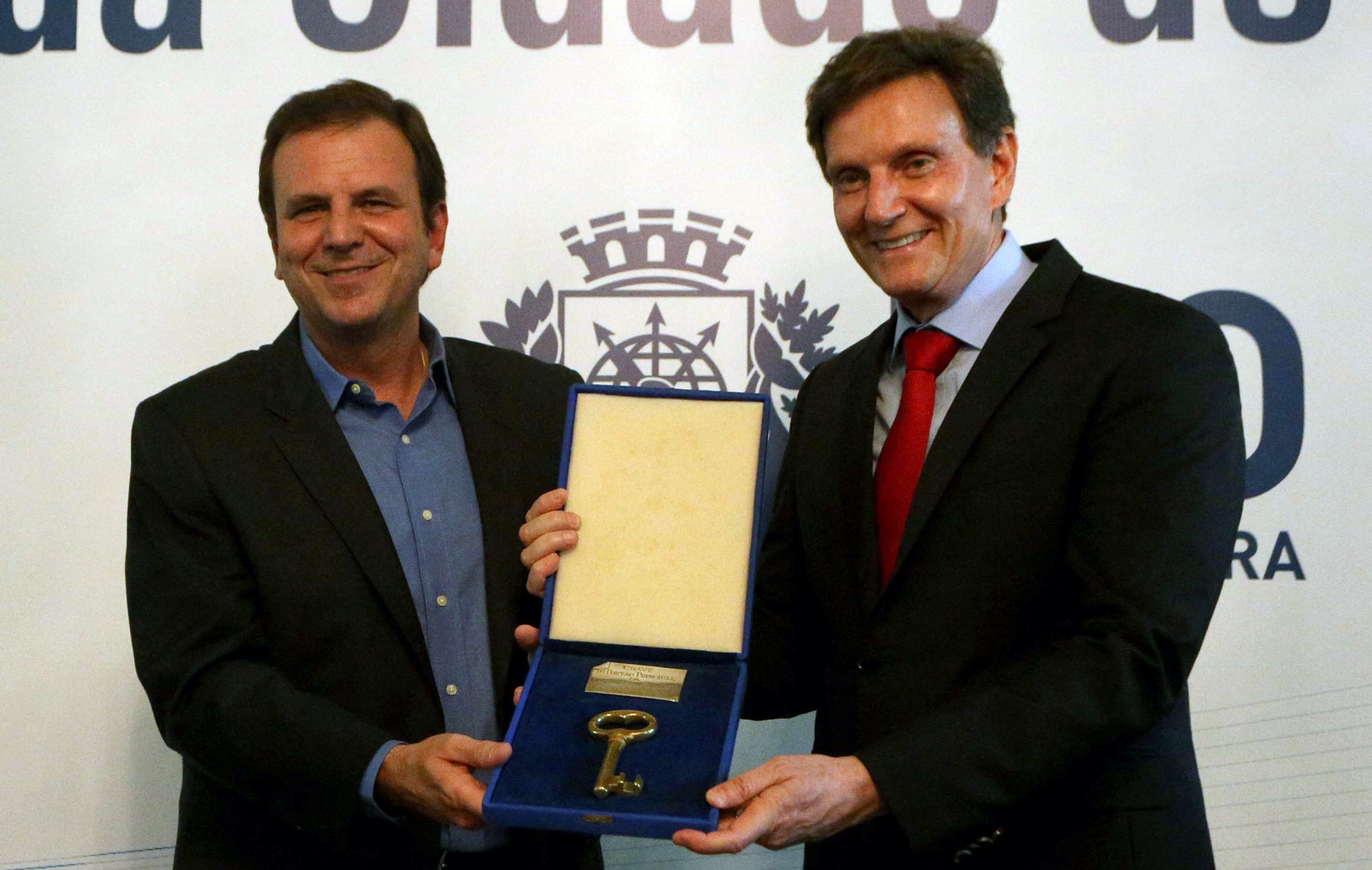 Former Rio de Janeiro Mayor Eduardo Paes has denied debts are left over from the Rio 2016 Olympics and Paralympics as the legacy of the Games was used to attack him in a debate for the position of State Governor.

Paes served as the Mayor of the Brazilian city from January 2009 through to 2017 with his spell coinciding with the preparations for and then the Olympic and Paralympic Games themselves.

According to a recent poll he is now among the front-runners to become the Rio State Governor but he was forced to defend the legacy of the Games from rivals.

There are reportedly suppliers who are still unpaid while labour debts, ticket dues and ongoing issues with the return of sporting facilities are other concerns.

It has also been asserted that the Games helped to deliver a "state of the art transport system".

Paes reportedly used transport improvements, namely the Transolímpica and Transoeste road routes built as part of the Games project, as having boosted the city’s infrastructure.

He denied claims surrounding the alleged debt organisers are said to still have.

"The Olympics did not leave any debt," Paes said, according to Brazilian newspaper Estadão.

"The stadiums were not made with public resources, we did not contract any doubt to make the stadiums."

The legacy of Games venues was also attacked, with opponent Tarcisio Motta stating that Paes was the "largest father of white elephants in Rio".

Concerns have been expressed over the continued use of Games venues, with the failed clean-up of heavily polluted Guanabara Bay considered one of the unfulfilled legacy projects.

However, organisers have been keen to promote the use of the Rio Olympic Velodrome, which was used for this year's International Cycling Union Para-Cycling World Championships.

Tennis courts and the three Carioca Arenas are also reportedly among venues which have been used regularly for events since the conclusion of the Games.

Temporary swimming pools used at the Games have dismantled, relocated and are in use, it is claimed.

The heavily criticised Olympic golf course is claimed to be home to protected animal species and is said to have delivered a "sport legacy".

Paes previously saw his assets frozen after he was accused of administrative impropriety, having allegedly waived a costly environmental fee for the company who built the facility.

The former Mayor was cleared of the charges, with a judge dismissing the case in February.

Paes, replaced as Mayor by Marcelo Crivella, has also had to fend off allegations that he received bribes from construction company Odebrecht in connection with Olympic and Paralympic contracts.

According to Brazilian newspaper O Estado São Paulo, the company involved in the majority of the major construction projects at Rio 2016 paid Paes around R$16 million (£4.1 million/$5.1 million/€4.8 million) for the "facilitation of Olympic-related contracts".

He appeared in a Federal Court in June as a witness of the defence of former governor Sérgio Cabral.

Paes denied wrongdoing and claimed he had not witnessed any attempts to try to rig the Olympic vote to bring the Games to Rio de Janeiro, which several officials, including Rio 2016 President Carlos Nuzman, have been accused of as part of "Operation Unfair Play".

A poll released last week by Ibope's had Paes, a democrat politician, polling at 12 per cent.

He was level with ex-governor Anthony Garotinho of the Republican Party, who could be forced to pull out of the race due to a judge suspending his political rights for eight years over a corruption case.

Garotinho denies the allegations and is appealing the case.

The polls are currently led by former Brazilian football international Romario, with the World Cup winner turned politician polling at 14 per cent.

As a senator for Rio de Janeiro, Romario has been vocal on the issue of sporting corruption.

Last year he called for a Parliamentary Commission Inquiry to investigate Nuzman and the Brazilian Olympic Committee, having previously conducted a similar probe against the Brazilian Football Confederation and the 2014 FIFA World Cup.

In 2012, former Olympic Council of Ireland President Patrick Hickey dismissed claims made by Romário that he had ensured the contract for ticket sales in Ireland for Rio 2016 would go to a firm that employed his son Stephen.

Hickey was later arrested at Rio 2016 and charged with ticketing offences which he denies.

Only three candidates polled more than five per cent.

Brazil are set to elect a President and 27 state governors on October 7.