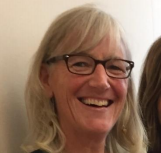 Canmore chief administrator Lisa de Soto has claimed the town could be put forward to host the Athletes' Village in the Calgary 2026 Winter Olympic and Paralympic bid.

De Soto, who is Canmore's representative on the Calgary 2026 board, suggested the town needed more affordable housing and asserted this could potentially be achieved as part of the Games project.

"We have a housing action plan that says the community needs a minimum of 1,000 affordable housing units and double that in employee housing," De Soto was quoted as saying by CBC.

"If we proceeded with that Athletes' Village, we would potentially double the inventory of housing we currently have.

"Of course it's dependent on the Olympics proceeding.

"It would likely be higher-density units that would be condominium in style."

De Soto suggested an Athletes' Village could be built in the town, which would house athletes and officials.

It would potentially then be converted into 240 housing units should the proposal go through.

Canmore is expected to play a role in any Calgary 2026 plan with the town seen as a likely host of Nordic combined events.

During an International Olympic Committee visit last month, there was a suggestion that Canmore could take on an even larger role during the Paralympics Games, potentially hosting more events.

There is still uncertainty over the potential Calgary bid, however.

A referendum is scheduled for later this year to gauge public opinion for Calgary hosting the Winter Olympics for the second time, having previously done so in 1988.

A Calgary City Council vote on whether to continue the bid is scheduled for September 10.

Calgary 2026 have now officially launched their website and its chair Scott Hutcheson vowed to increase public engagement in the weeks leading up to the vote.

Calgary is one of five potential candidates left in the race for the 2026 Winter Olympic and Paralympic Games.

Stockholm 2026 are pushing ahead with their Olympic bid despite fears over a lack of political support in the Swedish capital.

Doubts also remain over possible efforts from Sapporo in Japan, Erzurum in Turkey and an Italian bid involving Milan, Turin and Cortina d'Ampezzo.