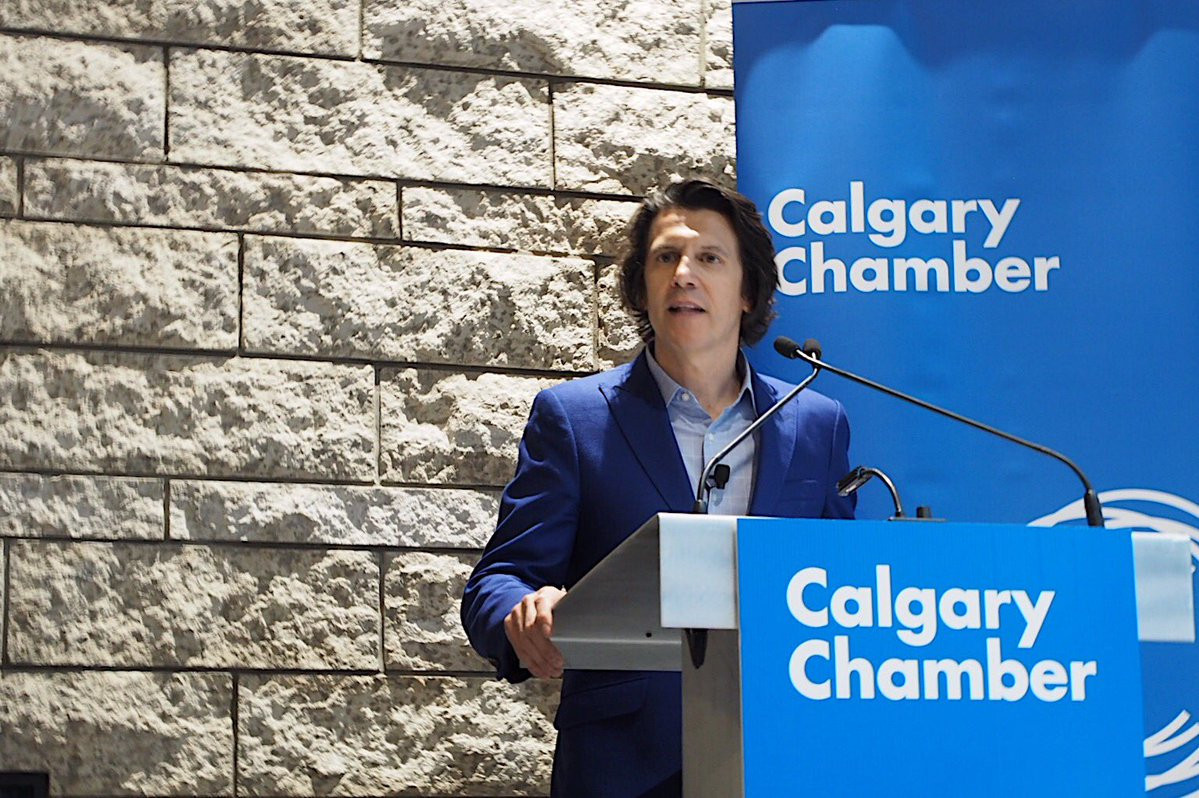 Olympic Games executive director Christophe Dubi has claimed during a visit to Calgary that the International Olympic Committee (IOC) have "turned over a page" and want "true partnerships".

Dubi was speaking at an event in the Calgary Chamber of Commerce titled "A conversation with the International Olympic Committee".

The visit comes at the Canadian city continues to explore the prospect of bidding for the 2026 Winter Olympic and Paralympics, having previously hosted the Games in 1988.

The Swiss official claimed that the IOC have undergone significant changes in the candidature and delivery process surrounding the Olympic Games in recent years.

He claimed the IOC are aiming to be flexible and ensure the Games adapt to cities to meet their needs, rather than impose demands upon them.

"It is very important for the IOC to pass on this message," Dubi said.

"We have turned a page, anything we do, we do it differently.

"We want an open, transparent and frank conversation.

"We want true partnerships because the success of the Games is not the IOC’s success or the COC’s (Canadian Olympic Committee) success, it is the citizens success.

"They only make sense if all of this is achieved and we will be partnering towards this objective.

"What I know is that we do not deliver a project of this nature alone, an Organising Committee, the city, the COC or the IOC, it is a partnership.

"And what has changed in the IOC from 2014 is our approach to the way we do the bidding, organise the Games and manage legacies.

"The Games cannot impose to a city any more, the Games adapt to a city.

"Every requirement has to live to local creativity to play.

"We do not have the final solution, we have local solutions.

"We have best practice from the past, it does not mean they will apply here in Calgary."

Dubi was joined at the event by Hannah Burns, head of promotion, Olympic Games and Olympic candidatures, at the IOC.

The IOC delegation held talks with city and Province officials prior to the ticketed event, which was sold out.

They sought to allay concerns surrounding the costs of staging the Games, referencing efforts made to reduce the cost of bidding and hosting through their recently unveiled "New Norm" reforms.

Dubi claimed that the operating budget from all Games from the Sydney 2000 Olympics onwards have been balanced.

However, he admitted that the IOC had "suffered" from an image problem related to budgets surrounding infrastructure.

He referenced the mass infrastructure projects surrounding the 2014 Winter Olympic and Paralympics in Sochi, which has largely led to the overall costs being associated with the Games being reported as $51 billion (£38 billion/€43 billion).

Dubi highlighted that if cities conducted similar projects, which included tunnels and roads, then costs "could triple".

Efforts were also made to change the perception that the IOC make demands of host cities, which they are forced to adhere to in order to stage the Games.

The IOC delegation claimed that their host city contract stipulates that they cannot impose upon Organising Committees and encouraged citizens to assess the publicly available document.

"When we add or when there is a change, there is a conversation and there is an economic discussion," Dubi said.

"When we added the Big Air in the context of Pyeongchang [2018], we paid for that.

"We cannot impose to an OGOC and the host city contract specifies we cannot.

"I quite often here that the IOC will come in town and impose, not at all.

"On the contrary, when Tokyo [2020] is changing 40 per cent of the venues, we are not imposing, we are finding the solutions with them.

"And when we are adding BMX freestyle, we are paying for that venue."

The IOC will hope their participation at the event will help to reduce fears regarding a potential Winter Olympics in Calagary.

Their visit came at a key time, with a plebiscite on Calgary's potential bid expected to take place in November this year.

The IOC have been hit by recent withdrawals from the 2026 bid race.

The most recent effort to fail was from Austrian city Graz, with a lack of support cited as the reason.

This was shortly after it was announced that a state-wide referendum would take place.

Graz was the second potential Austrian bid, emerging after a failed referendum in Innsbruck last year.

A bid from Sion in Switzerland was also ended in June after a failed vote.

As well as attempting to calm fears, Dubi claimed Calgary’s potential project made sense and claimed the city was starting from a "strong basis".

He highlighted the expertise of major event organisers in Canada, pointing to the Vancouver 2010 Winter Olympics and 2015 Pan American Games in Toronto.

It was claimed the project presented less risks, with the expertise and facilities already deemed to be in place, with Calgary having been a regular host of World Cup events.

Dubi also claimed the 1988 Winter Olympics in Calgary had also helped to "transform the lives of Calgarians".

"This is a project that makes sense," he said.

"You have all venues bar 20 per cent.

"It makes sense because it is a need for this community.

"You have the best organisers and you have the COC, a partner of the highest calibre.

"It means this project has far less risk than many others, because you start from known elements.

"In the past we have suffered some construction cost increases, you do not have these major risks here."

What a great event with @CalgaryChamber at the edison this morning. Some tough questions were asked. Details were slim, but the opportunity to engage was appreciated. #yyc #yyccc #abpoli

Rival groups Yes Calgary 2026 and No Calgary Olympics have emerged in recent months with both sides likely to step up campaigning as the vote approaches.

No Calgary Olympics commended the panel for being open to "direct and challenging" questions at the event, having been among those in attendance.

The group, however, expressed concerns over potential costs overruns and that citizens could not make an informed decision without the total cost proposed.

"Their comments and ours are all moot as no one has any sense of the total cost for hosting the Olympics and those costs won't be available until September," Erin Waite, the group’s co-leader, told insidethegames.

"Mr Dubi suggested that the problem is that Calgarians want 'minute details' about the Bid.

"We don't believe that the total cost is 'minute detail' and no-one can judge whether hosting the Olympics is an appropriate decision without that dollar figure.

"Mr Dubi suggested that there is insurance against cost overruns.

"It is our understanding that there is no such insurance possible.

"We are concerned about a misleading representation of the burden on Calgary taxpayers."

Calgary is one of five potential candidates for the Games.

Sweden's capital Stockholm, Erzurum in Turkey, Sapporo in Japan and a yet-to-be confirmed Italian city are also vying for the right to host the Games.

It is thought Sapporo are more interested in hosting the Games in 2030 while Stockholm currently lack support from the Swedish Government.

Italy have not named their preferred city yet and Erzurum is considered a risk for security reasons due to its relative proximity to the Syrian border.