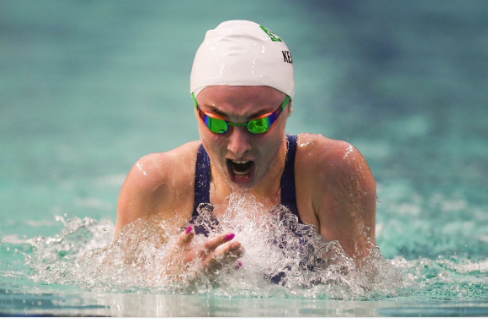 Ukraine dominated once again on the final night of the World Para Swimming European Championships in Dublin with five gold medals - although the only world record of the night came from Italy, who finished up with four titles in the session.

Simone Barlaam of Italy was the world record breaker on the night at the National Aquatcs Centre as he won the men’s 50 metres freestyle S9 event in 25.00sec, taking 0.13 seconds off the record set by Australia’s Matthew Cowdrey at the 2012 Paralympic Games in London.

Yaroslav Semenenko added to the Ukrainian gold tally with victory in the men’s 50m butterfly S5 final in 35.90, and a fourth gold arrived courtesy of Vasyl Krainyk, winner of the men’s 200m individual medley SM14 in 2:12.72.

So this just happened... https://t.co/YcPLTgDVhO

There was much celebration of a home gold in the pool thanks to Ellen Keane, who came home first in the women’s 100m breaststroke SB8 in a time of 1:23.29.