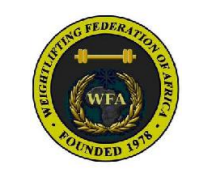 Hosts Mauritius, Madagascar and Algeria were among the winners on the opening days of the African Weightlifting Championships in Mahébourg.

Competition is scheduled to take place over five days at the Pointe Jerome Multi-Purpose Hall.

A depleted field is taking place, however, with continental powerhouses like Nigeria not present.

Roilya Ranaiuosoa was one of two home winners on the opening day.

She triumphed in the women's under-53 kilograms division with a combined total of 180 kilograms after the snatch and clean and jerk.

It followed her under-48kg silver medal at this year's Commonwealth Games in Gold Coast.

Seychelles' Telemaque Kathsia was second with 115kg and Mapolinyane Lehohla of Lesotho third with 78kg.

Jonathan Coret also triumphed in the men's under-62kg event with a total of 241kg.

He only won by 2cm, however, over Algeria's Abd El Kader Ain Ouazane after his rival closed the gap slightly in the clean and jerk.

His total of 232kg was enough to beat Habib Lariki of Algeria, who was second with 215kg, and Dorian Madanamoothoo of Mauritius, who was third with 190kg.

Winniy Langat of Kenya was second with 138kg and Priyanka Gopaloodoo of Mauritius third with 95kg.

He lifted 320kg to beat Seychelles' Comfiance Rick, second with 248kg, and Dinesh Pandod of Mauritius, third with 242kg.