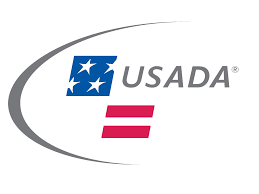 Almost 40 per cent of nearly 900 athletes surveyed by the United States Anti-Doping Agency (USADA) said they had been drug-tested five times or less in their entire careers.

The Athlete Perception Survey, which consulted 886 current and former athletes anonymously connected to USADA's Registered Testing Pool, is being billed as the "largest study conducted to date on the attitudes and perceptions of athletes on doping and anti-doping efforts".

Another 22 per cent said they had been tested between six and 10 times while 16 per cent had been between 11 and 20 times.

Only seven per cent had been tested more than 50 times.

It follows top tennis player Serena Williams complaining that she is drugs tested more than other players after saying she had already been tested five times out of competition this year.

Concerns also still remain about the effectiveness of many of these tests and there has been a shift towards targeted investigations rather than a focus on scientific testing by some bodies.

Former world champion boxer Mia St. John, who never failed a test in a 20 year career, has admitted to doping throughout her time in the sport and covering it up through masking agents and "catheters with other people's urine".

Sixty-one per cent of athlete respondents believe the spotlight only focuses on athletes who are winning, while 57 per cent felt that athletes in their sport should speak out more against doping.

More than 60 per cent felt pressured by sports to win medals and 48 per cent worried about how they are perceived when not succeeding.

Nearly 75 per cent of respondents believe there are "at least a few" competitors in their sport who use performance enhancing drugs.

More than 35 per cent of respondents said they did not believe their international competitors were tested adequately.