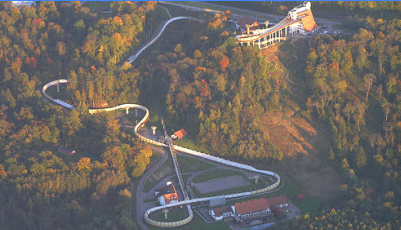 Positive discussions have been held regarding the possible use of a sliding venue in Latvia as part of Stockholm's bid for the 2026 Winter Olympic Games, chief executive Richard Brisius has revealed.

Stockholm 2026 have approached the Latvian Olympic Committee (LOK) with a view to holding luge, bobsleigh and skeleton events at a facility in Sigulda.

Brisius told insidethegames here that talks had progress well since the idea was initially raised.

The former professional sailor said the proposal fits in with the International Olympic Committee's (IOC) The New Norm reform process, launched in an attempt to cut the operational costs of running the Games.

It includes a number of measures which the IOC claim will reduce the amount of money required to host the Olympics.

Venues for sliding sports are often expensive due to their specific technical requirements.

The IOC are keen for bid cities not to construct sliding venues from scratch in favour of using existing facilities.

Reports in Latvia suggest the LOK are keen to be included in Stockholm's bid.

The track in Sigulda is a regular host of major events in bobsleigh, luge and skeleton.

Sigulda, located across the Baltic Sea from Stockholm, is approximately 570 kilometres from the Swedish capital.

It is closer, however, than the distance between Stockholm and Åre, the proposed location for alpine skiing events if the Swedish city enters the race for the 2026 Games and secures the hosting rights.

Åre, due to stage the 2019 Alpine Skiing World Championships and the World Cup finals later this year , is 611km from Stockholm.

Other venues included in Stockholm's bid, which could still be sunk by a lack of political support, include the Friends Arena.

The stadium, opened in 2012, held last year's UEFA Europa League final and would host the Opening and Closing Ceremonies.

Stockholm 2026 fully intend to press ahead with their Winter Olympic bid despite the majority of the city's coalition refusing to back it.