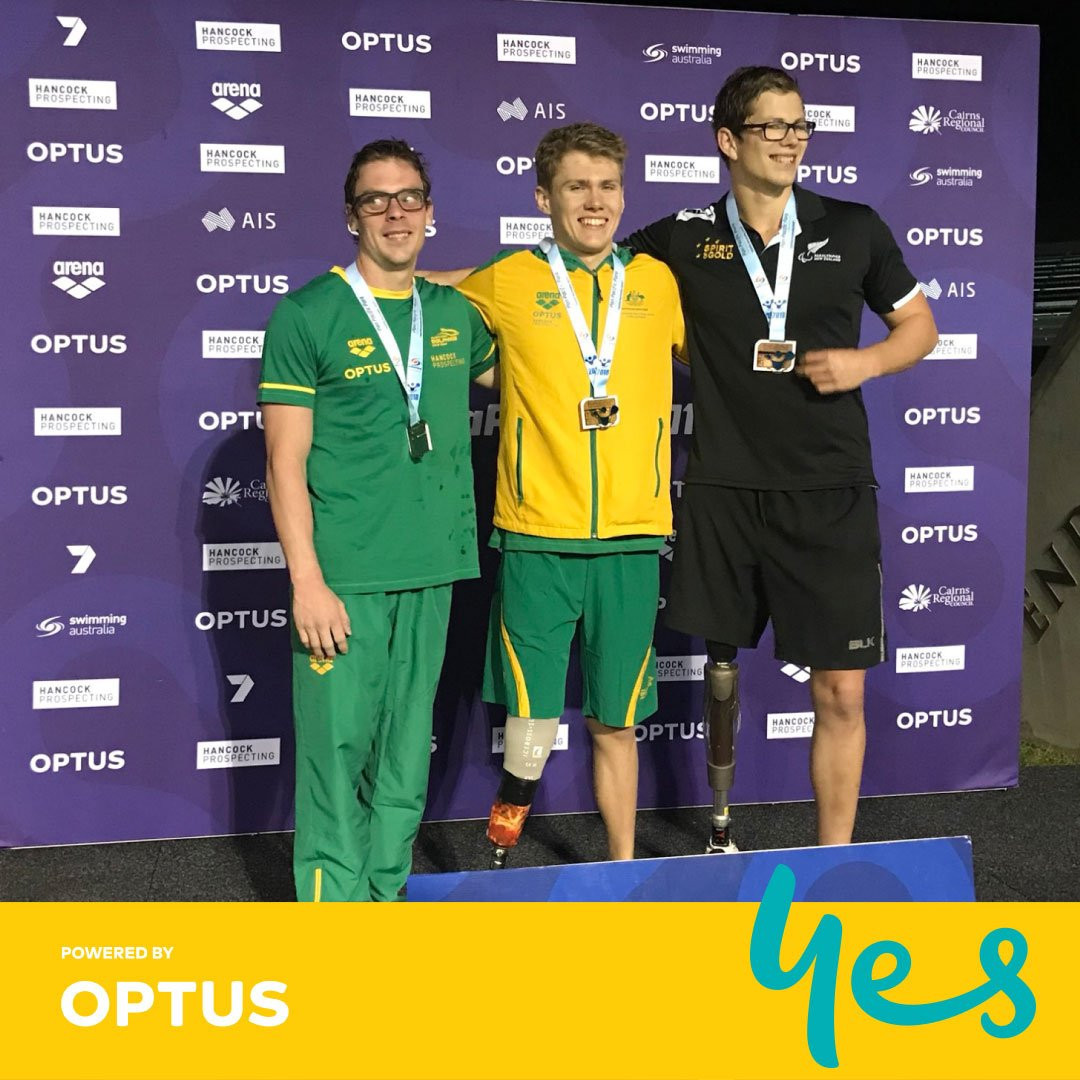 Australia have now won 25 gold medals in home water at the Pan Pacific Para Swimming Championships in Cairns after today's session of finals.

In total the hosts now have 55 medals, with 17 silvers and 13 bronzes on top of the golds that they have won at the Tobruk Memorial Pool.

The opening gold of today went to local Grant Patterson, who won the men's S3 50 metre backstroke with a new personal best time of 56.96secs.

"I'm in top knick and I reckon it's a good insight into what's to come on Monday for my 150m IM [individual medley], so I'm pumped."

In perhaps the closest race of the night, 19-year-old Lakeisha Patterson just edged out the United States' Jessica Long in the women's SM7 200m individual medley to win another Australian gold.

"Jess is an amazing competitor and friend and has been around for quite a while now so to be up and racing against her is quite special," said Patterson, a double Paralympic gold medallist at Rio 2016.

"I haven't raced her and some of the other countries since Rio, so it's great to have the best in the world right here on home soil and it really does push me along."

In the women's SM9 200m individual medley, Madeleine Scott took gold, while fourth place was claimed by another Australian Jasmine Greenwood, who is just 13-years-old.

Taylor Corry took the gold having led all the way, while it was Jaime-Lee Getson who just missed out on silverware.

It was not just personal bests that were beaten either.

He finished in 2:16.44, which is two seconds faster than the old record.

"That race was really good," he said.

"It was a PB by two seconds.

"I went into the race not expecting nearly as much but I'm really happy with the result.

"I went really fast in the heat, really close to my PB, and I was really happy to get under 2.18.40 which is Matt Cowdrey's 17-years Australian record and to be able to finally get that, I'm stoked."

The final of event of the night saw the Australian 4x100m medley 34-point relay team of Ellie Cole, Tiffany Thomas-Kane, Paige Leonhardt and Patterson come from behind for gold over the US>

The US had a four second lead going into the final leg, but it was not enough to hold off Patterson, who took the lead in the final two metres.