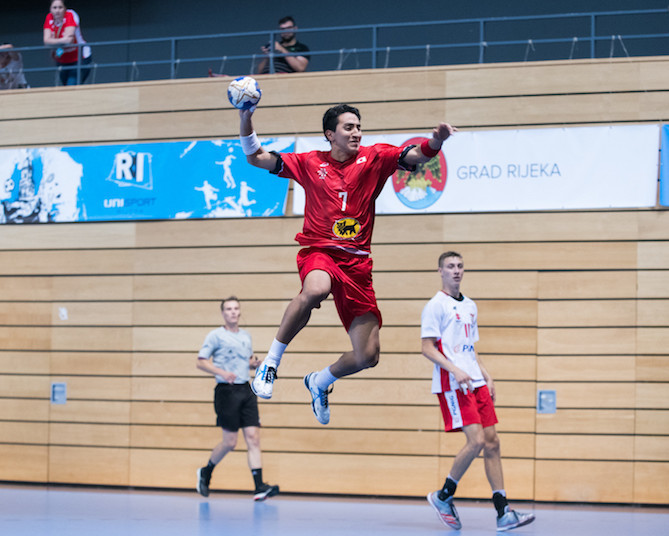 A hugely competitive final day of qualifying for men and women at the World University Handball Championships taking place in Croatia meant that semi-finalists from three of the four groups were decided on head-to-head records after teams finished level on points.

On the penultimate day of this International University Sports Federations event at Zamet Sports Hall, within the University of Rijeka, the only qualifying area to avoid the maths was women’s Group A, where Brazil beat Japan 29-24 in their final match to finish top, with Japan going through to the other semi-final in second place.

South Korea, beaten by Spain in the 2016 final, were untouchable at the top of women’s Group B, earning their fourth win from four today with a 27-21 result against Romania, to line up against Japan in on the final day tomorrow.

But three teams below them - Poland, Romania and defending champions Spain - finished with four points.

In matches between these three teams, each had won one and lost one, but Poland’s overall positive goal difference of +1 saw them progress to meet Brazil.

Spain had earned an inspired 27-24 win over Romania but had then lost 36-24 to Poland and they will now playoff with four other teams for the fifth to ninth placings.

Things were even tighter in the men’s competition, where head-to-heads decided all the semi-final places.

After drawing their final match 22-22, Portugal and Croatia finished in that order in men’s Group A, with Egypt, also on five points, missing out on a last four place.

It was the same story in men’s Group B, where Japan, South Korea and defending champions Romania all ended on six points and finished in that order when their matches against each other were taken into account.

So Croatia are set to meet Japan tomorrow, while Portugal take on South Korea.