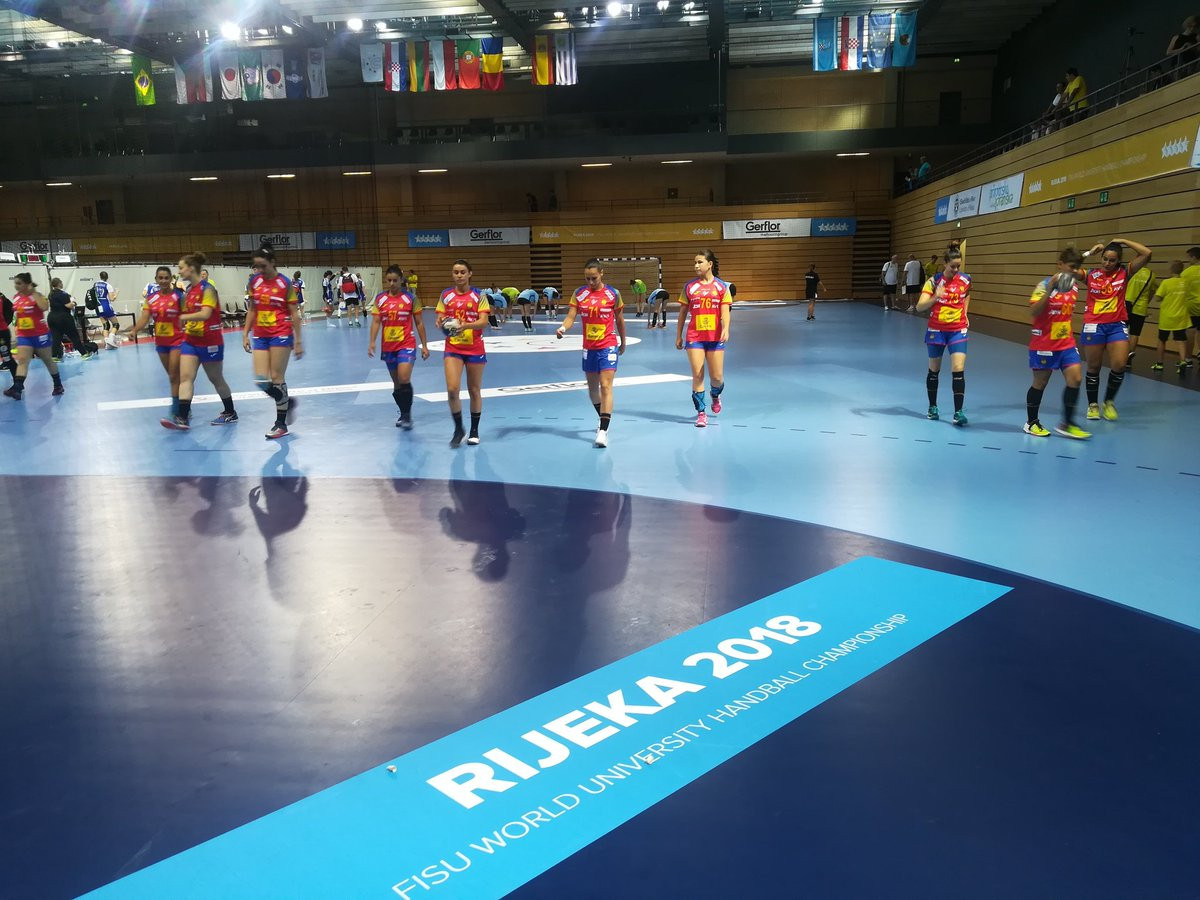 Reigning champions Romania and Spain have each got off to winning starts in their title defences at the International University Sport Federation (FISU) World University Handball Championships in Rijeka in Croatia today.

Romania, who won the men's event last time out, began their campaign with a 28-20 win over Poland at the Centar Zamet in Group B.

Spain, meanwhile, in the women's event, started their tournament with a much more comfortable 37-8 win over Uruguay in Group B of their event.

All but two teams in the men’s competition and one in the women's played their first matches today.

Romania versus Poland was the first match in the men's competition, with South Korea versus Chinese Taipei, also in Group B, on second.

In a high scoring match it was the Koreans that took the win, 42-30.

The first match in Group A of the men’s competition saw Lithuania up against the Czech Republic.

Lithuania took that match 32-25, before the hosts Croatia and Egypt rounded up the action on the men’s side.

That match ended in a thrilling draw 33-33, meaning both sides take a point each.

Today’s results in the men’s event mean Lithuania sit top of Pool A on two points with Croatia and Egypt just behind, while in Pool B South Korea are top, above Romania, thanks to a superior goal difference.

In the women’s event, while reigning champions Spain got off to a strong start it was actually the hosts Croatia and Japan that played first today.

Just like the men, Croatia’s women also failed to win, although they did not even gain a point as they fell to a 31-17 defeat in Group A.

Brazil then played the Czech Republic in Group B, in a thrilling match that saw the South Americans finish victorious 29-28.

The final match in the women’s event then saw Romania play in Group B in an equally close match that finished 28-27 to the Romanians against Poland.

In Group A, Japan lead the way ahead of Brazil, with a superior goal difference of plus 14.

The Czech Republic and hosts Croatia then follow with zero points each, though Croatia sit right at the bottom thanks to conceding 31 against Japan.

The competition will continue tomorrow with more group stage matches.