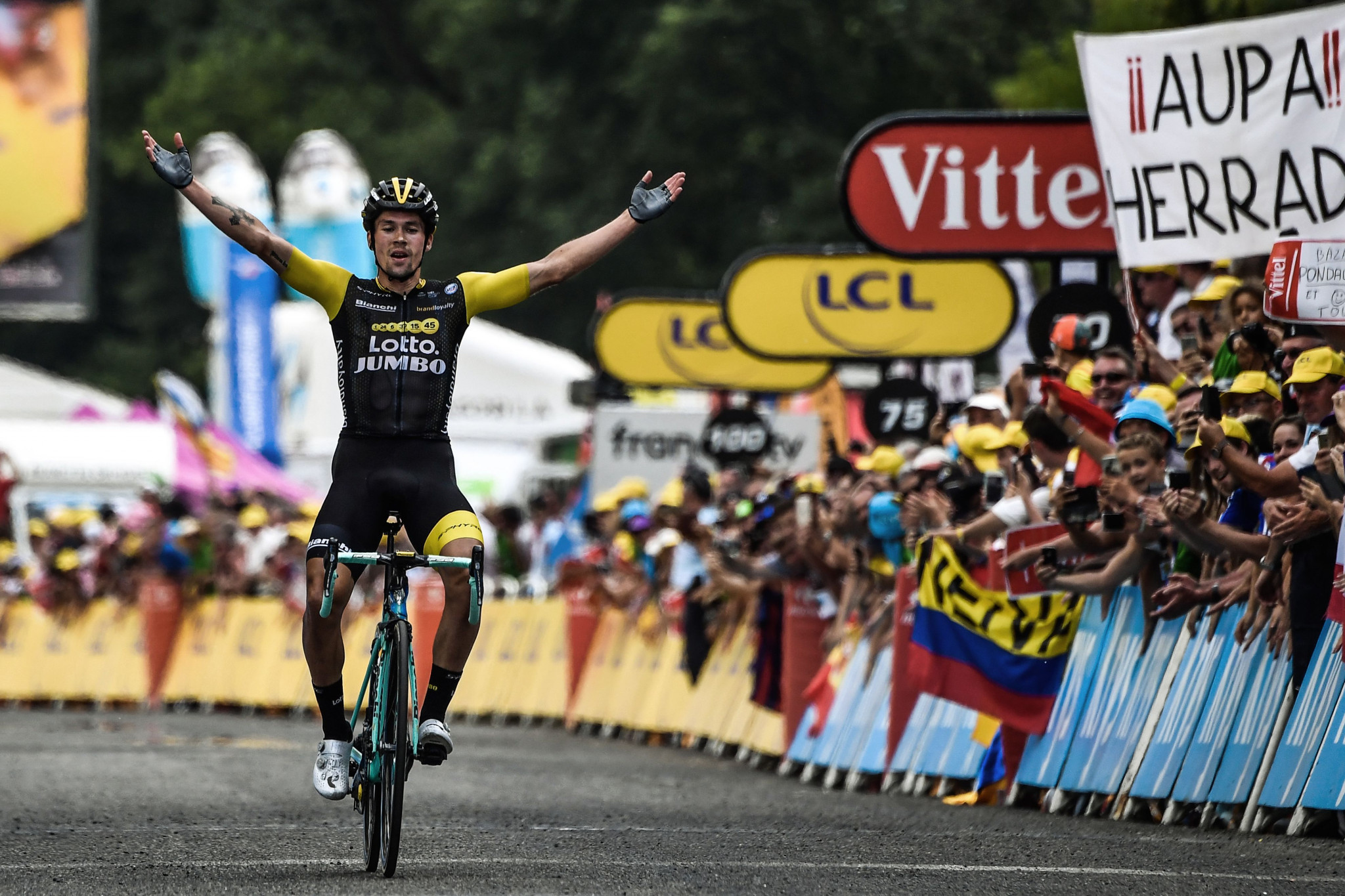 Roglic, riding for the LottoNL-Jumbo, sprinted to victory in the last mountain stage of the Tour, with Thomas coming through to take second in Laruns.

Team Sky's Thomas was 19 seconds behind the Slovenian, who clocked 5 hours 28min 17secs, after he surged clear of closest rival Tom Dumoulin to extend his lead to 2min 5sec going into tomorrow's penultimate stage.

It was a nerveless performance from the Welshman, who is poised to become the first from his nation to win the Tour.

Barring a disaster during the 31 kilometres time trial from Pee-Sur-Nivelle to Espelette tomorrow, Thomas will be crowned as the victor on Sunday (July 29) following a processional final stage.

Should he hold on for what seems an inevitable triumph, he will follow in the footsteps of Team Sky team-mate and defending champion Chris Froome.

Froome, given the green light to race after the International Cycling Union cleared him of an anti-doping rule violation, is now in fourth place as Roglič's stage win propelled him above the Briton into third on the general classification standings.

Roglič, a former ski jumper, is a renowned time trialler and could pose a threat to Thomas tomorrow.

He sits 2:24 behind the Team Sky rider, however, who is bidding to become the third British Tour de France winner.

"It’s good to get through that day - I am pretty tired," said Thomas.

"We knew we could come under a lot of pressure but the boys were really good.

"I was able to respond to the attacks and the descent was fast.

"I never thought I was going to get dropped but it was hard for sure.

"I had make him (Tom) do everything; it’s the first time I have seen him get a bit tired."