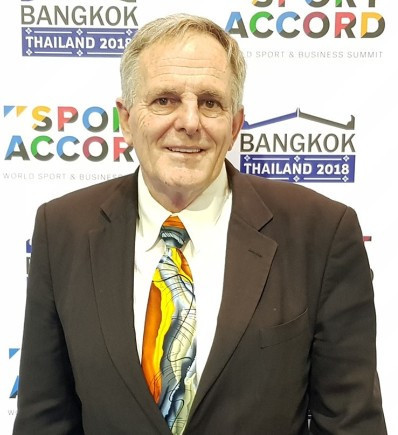 International Boxing Association (AIBA) executive director Tom Virgets has threatened the World Anti-Doping Agency (WADA) with legal action at the Court of Arbitration for Sport (CAS) because of an ongoing compliance dispute between the two organisations.

AIBA remains at risk of being declared non-compliant with the WADA Code after their 2019 World Championships were awarded to the Russian city of Sochi.

WADA referred the case back to the Compliance Review Committee (CRC) during its Foundation Board meeting in May and the issue was discussed by the group last month.

Virgets told insidethegames that they "disagreed" with the conclusions reached by the CRC, which would suggest the body has recommended possible non-compliance for AIBA.

It would be a considerable setback for the embattled governing body, whose spot on the Olympic programme at Tokyo 2020 remains in doubt.

The most serious consequences of non-compliance include suspension from the Olympic Games.

The decision to give Sochi the event was made in July 2017 and, under the previous compliance standards, International Federations are urged to "do everything possible" to award World Championships only to countries when the National Olympic Committee, National Paralympic Committee and NADO are in compliance with the Code.

AIBA dispute this, however, with Virgets also claiming that other International Federations back them over WADA in the protracted row.

Russia was given the Championships as they were considered the only viable candidate.

There were issues with the bid from Ukraine, Sochi's only rival for the event.

India were also initially interested but are thought to have accepted a deal so they could be awarded the 2021 edition of AIBA's flagship event.

Virgets revealed AIBA would hold a crunch meeting with WADA to discuss the issue, which will also be on the agenda when the WADA Executive Committee stages its next gathering in the Seychelles on September 20.

"What we are saying is that the code that was in existence at the time that we awarded the bid, we were in compliance with and we continue to be so because that is the code that we fell under," Virgets told insidethegames.

"It requires that you do everything possible and we maintain we did that.

"There is only a handful of countries that are capable of meeting such a bid and hosting an event which costs tens of millions of dollars to do.

"First off, we only had one that met the requirements and informally we have spoken to those countries that would have the potential to do so and they’re not interested.

"I would ask WADA how do you define doing everything possible because we haven’t seen that definition."

Asked how they would resolve the row with WADA, Virgets said: "We maintain we are compliant and if WADA continues to go down this road, then we will go to arbitration."