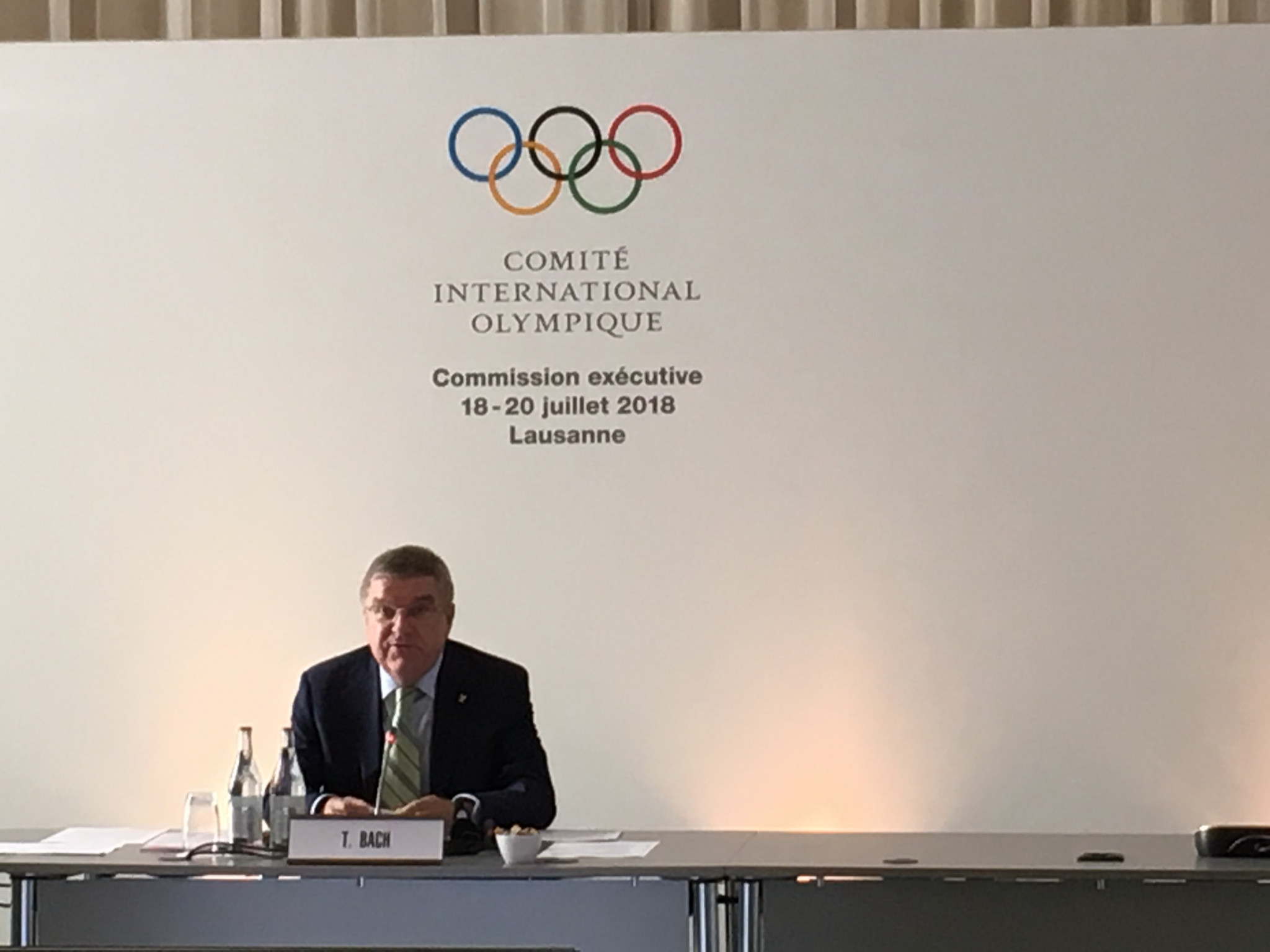 International Olympic Committee (IOC) President Thomas Bach says the organisation is "not concerned" with the state of the race to host the 2026 Winter Olympics and Paralympics, despite question marks remaining over all five cities looking to bid.

He did however, say the process needs to become more streamlined so cities with little or no chance of winning are not left in the race too long.

He made the comments in a press conference here following the end of the IOC's latest Executive Board meetings.

Calgary in Canada, Sweden's capital Stockholm, Erzurum in Turkey, Sapporo in Japan and a yet-to-be confirmed Italian city are all vying for the right to host the Games, but questions remain over the strength of all five.

A referendum on the Calgary bid is expected to go ahead in October, with no prospective Olympic city having won such a vote since Oslo in 2013, with that bid eventually collapsing anyway.

It is thought Sapporo are more interested in hosting the Games in 2030 while Stockholm lack support from the Swedish Government.

Italy have not even named their preferred city yet and Erzurum is considered a risk for security reasons due to its relative proximity to the Syrian border.

When asked about this by insidethegames, Bach said the "strong dialogue" the IOC has with the prospective cities means they are "pretty happy" with the status of the process.

"If you look at the world around, which major organiser not only in sports but in big events is in the position to have dialogue and to speak with five interested countries and cities from around the world?" he said.

Bach also suggested the transparency of the Olympic bid process is a reason for the IOC's lack of concern.

"We make it transparent from the very beginning," he said.

"I don't think you have this in any other procedures, where they [the governing bodies] do not even say that they speak or to whom.

"Here from the very beginning you have the list of the cities with whom we speak, we are also the only sports organisation that is publishing the host city contract and at full length."

Bach was also quick to claim that Agenda 2020 is helping the prospective cities know more about the benefits of hosting the Games while spending less doing so.

"They stressed that they [the cities] would and could only be interested because of these reforms," he said.

"This is a significant and important increase."

Because of this and the transparency of the process, which Bach says allows the cities to be as informed as possible about the benefits and challenges of hosting, the German said the IOC is "pretty satisfied" with the state of the process.

However, Bach did say that the IOC only want a “limited number” of cities bidding, so the process produces “fewer losers”.

"We want a limited number, all in line with our reforms of making the process less expensive," he said.

"We don’t want cities making investments when we don’t think they can win."

It comes as Sion in Switzerland and Graz in Austria have already dropped out amid a lack of support.

If none of the five cities currently vying for the Games withdraw, then it will undoubtedly be a success for the IOC who were largely forced to award the 2024 and 2028 Summer Games simultaneously because of the lack of remaining candidates.

However, with Calgary facing an uphill battle to win their plebiscite on hosting, Stockholm’s lack of Government support and Italy potentially not even confirming their chosen city until six weeks before the IOC Session is due to vote on the shortlist in October, it seems unlikely that all five will last long enough to become official bidders.