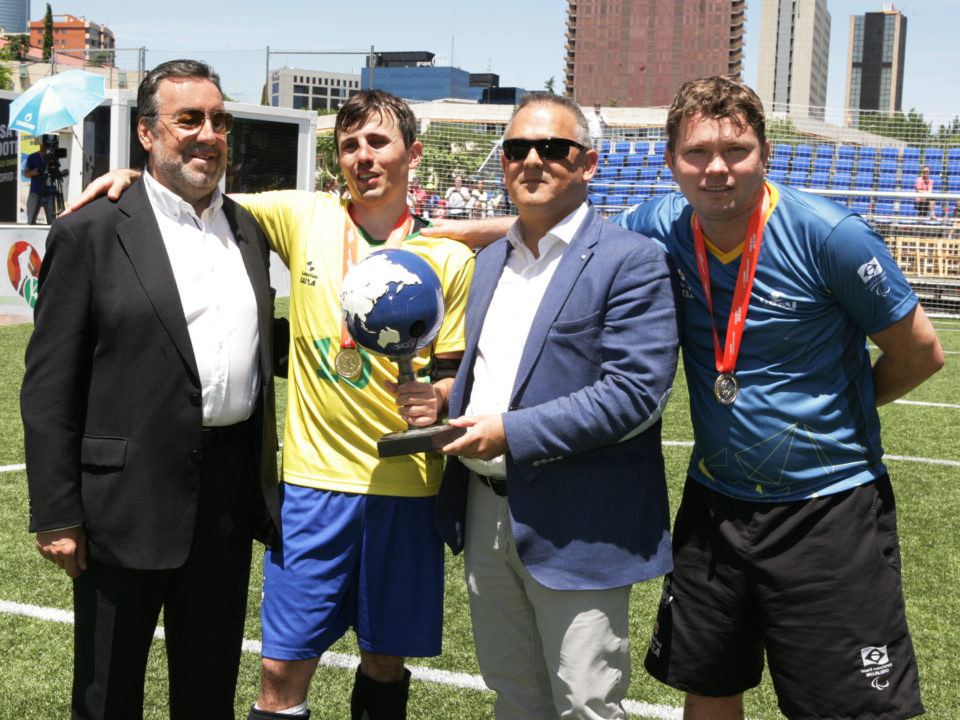 Eight athletes have been shortlisted for the Americas Paralympic Committee (APC) Athlete of the Month award for June.

Brazil’s blind footballer Ricardinho has been shortlisted after helping the country to their fifth World Championship title.

He ended as the tournament top scorer by finding the net on 10 occasions, with Brazil ultimately winning the final 2-0 against rivals Argentina in Madrid.

He is one of five Para-athletics athletes shortlisted, with Chile’s Francisca Mardones in contention for the award after her Americas record throw of 6.93m in the women’s F54 shot put at the Berlin Grand Prix.

Costa Rican sprinter Sherman Guity won two bronze medals in Arizona, only one year after having his left foot amputated.

United States’ Daniel Romanchuk is also among the contenders for the monthly prize, following two world records in two weeks.

Mexico’s Diego Lopez has also been included in the shortlist with the swimmer having set a world record of 1:32.83 in the men’s S3 100m backstroke at the Berlin World Series.

He won two golds, one silver and one bronze at the event.

The shortlist is completed by Argentina’s Gustavo Fernandez, following his first Super Series title by beating Belgium’s Joachim Gerard 4-6, 6-3, 6-4 in the final of the BNP Paribas Open de France.

The public are invited to vote for their winner via the APC homepage until July 10.