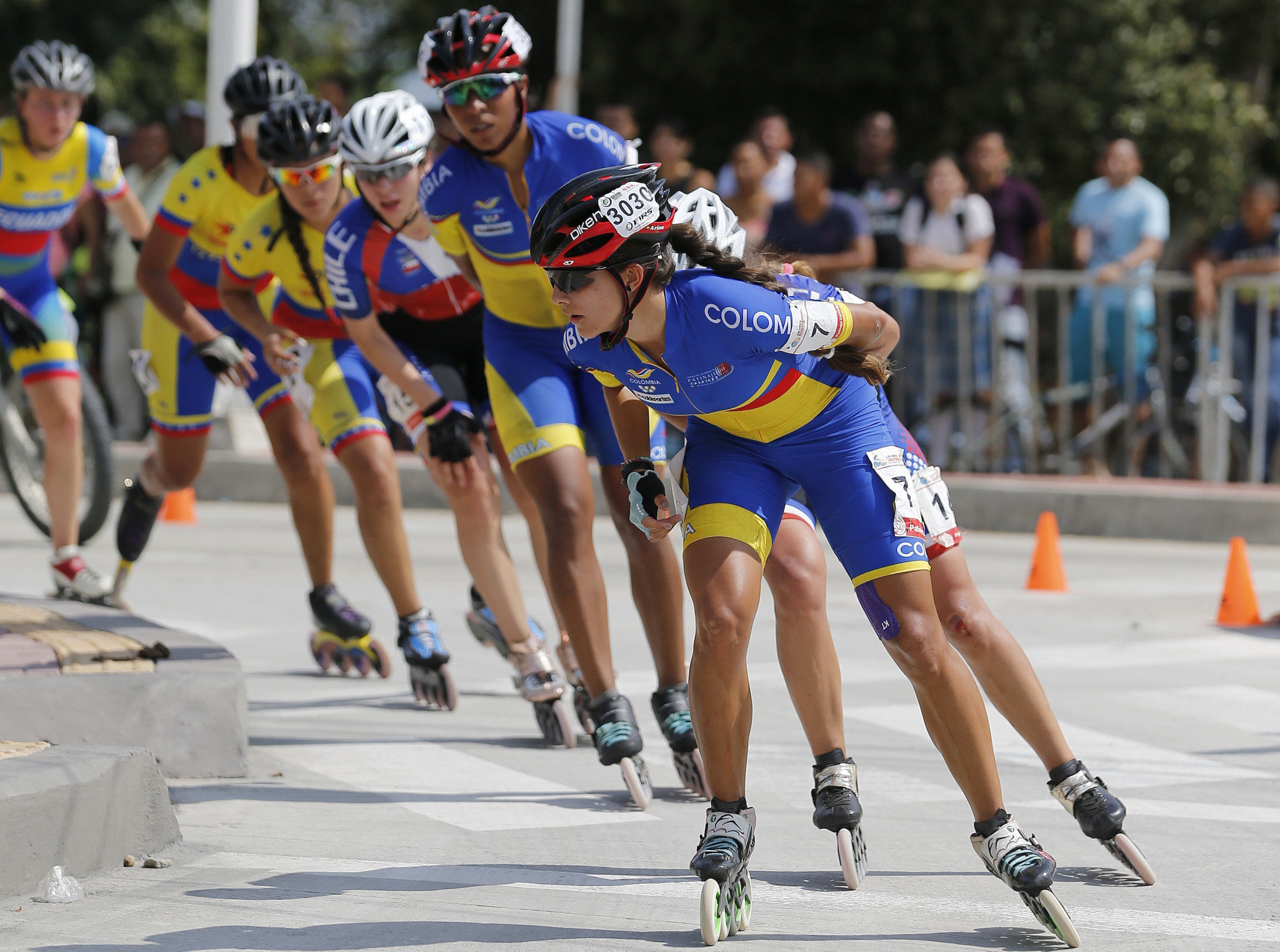 Their day had the perfect start as Fabriana Arias beat the defending champion Francesca Lollobrigida from Italy in the senior women's 10,000 metre points/elimination.

Lollobrigida initially seemed to be taking the title comfortably, before Arias and her team-mate Johana Viveros started to challenge with 20 laps to go.

Ten laps later, Arias had gained a three point lead that she was not to lose.

Silver at the Bertus Dokter Piste went to Lollobrigida and Viveros took bronze.

Another Colombian then took the gold in the following race, the senior men's 10,000m points/elimination, after five different athletes all challenged for the title.

Eventually though it was Alex Cujavante who emerged victorious, beating Bart Swings from Belgium and Daniel Niero from Italy into silver and bronze.

The short events then followed and as was the theme, another Colombian took the gold in the first.

Gabriela Rueda saw off the competition in the 1,000m junior ladies sprint, beating another Italian in Giorgia Valanzano who was second with South Korea's Yerim Lee third.

Finally, in the fourth event of the day, someone other than a Colombian took the win.

The junior men's 1,000m sprint was won by South Korea's Jongjin Cheon, while second and third went to a German and an Italian in Jan Mende and Vincenzo Maiorca respectively.

Colombia's absence from the podium lasted a grand total of one race, however.

Their athlete Geiny Pajaro took bronze in the next race, the senior women's 500m+D event.

In the final event of the day, the men's 500m+D race, Colombia took gold and silver.

First place went to Pedro Causil while the silver medal was claimed by Edwin Estrada.

Tomorrow will see both the junior men's and women's 5,000m races go ahead.