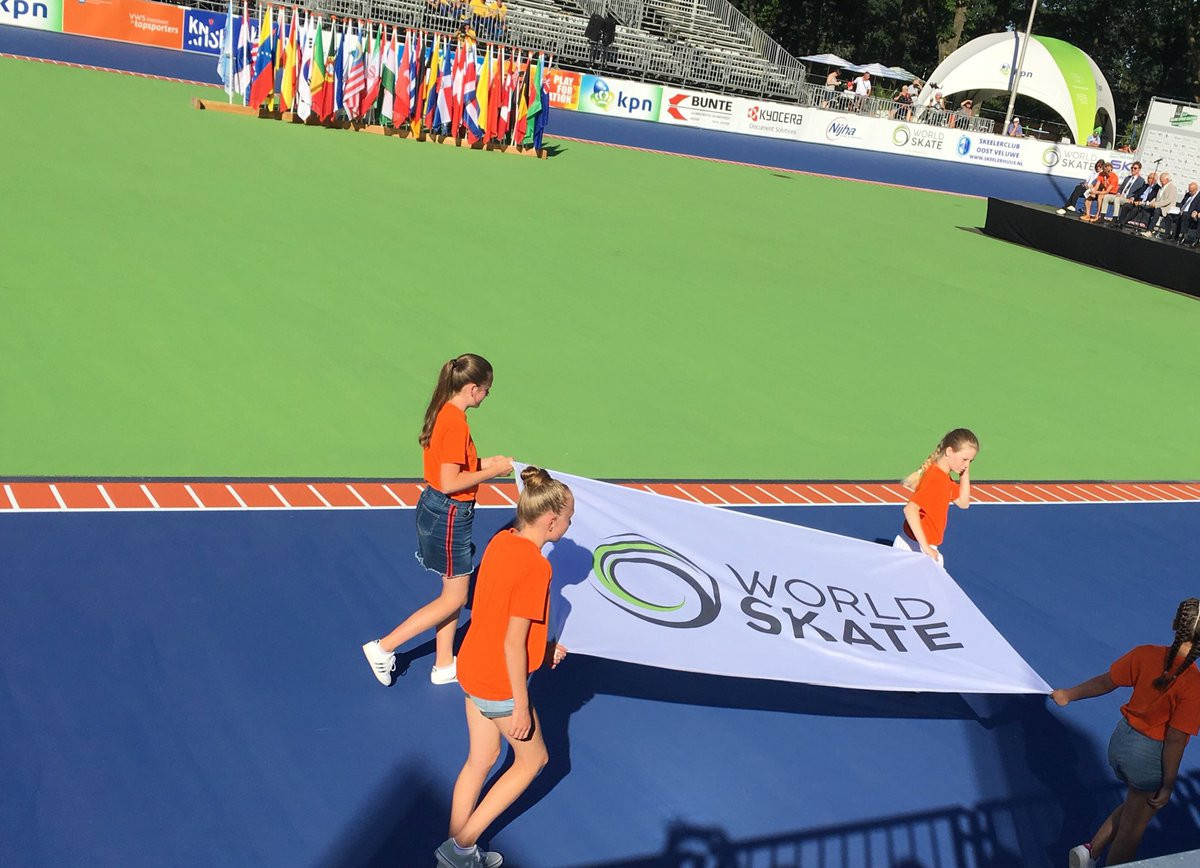 Colombia took an elimination race double on the opening night of the 2018 Inline Speed Skating World Championships in The Netherlands.

Three days of track action are taking place on the Bertus Dokter Piste in Heerde.

Focus will then turn to the roads from Thursday (July 5) when competition begins in nearby Arnhem.

Daniel Niero of Italy was second and Bart Swings of Belgium third.

Guo Dan of China was second in another 15km affair while Colombia also clinched bronze courtesy of Fabriana Arias.

A total of 490 athletes from 51 countries are competing at the World Championships.

"This is a key year for World Skate: here in Heerde, we will qualify the athletes that will compete for the Olympic gold in the Youth Olympic Games [in] Buenos Aires," said World Skate President Sabatino Aracu.

"For the first time ever, inline speed skaters will compete at Olympic stage and will have the opportunity to show to the international world, once again, the great appeal our sport has on the youth."

A World Skate Technical Commission also approved some changes to future roller skating competitions that will be effective at the start of next year with the purpose to make the races "even more spectacular".

Race distances for elimination events will be 10km on the track and 15km on the road.

The World Roller Games in Barcelona next year will also welcome in a new 200 metre track pursuit.