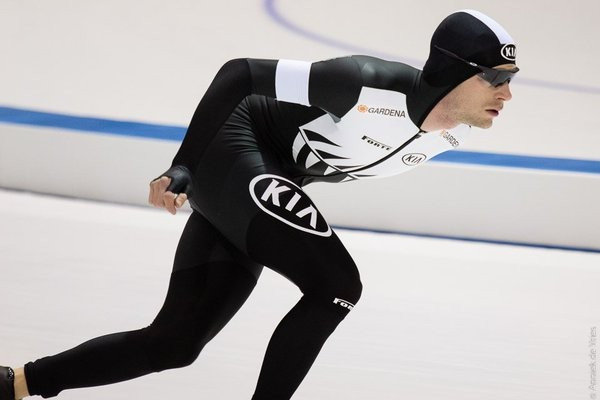 The top five in the overall World Cup standings were absent in Astana and Michael took advantage as he crossed the line in 6 minutes 21.58 seconds.

Michael started in the final pair of the competition alongside France's Alexis Contin, who failed to maintain the pace of his opponent from the offset.

The former inline skating world champion posted split times that were well under Beckert’s, but the German managed to maintain his pace throughout while Michael struggled to 31.4secs in the penultimate lap.

However, the New Zealander managed to recover and post a 30.5secs final lap which was enough to secure victory.

Bloemen started with four frighteningly fast laps in the penultimate pair and seemed on his way to crush Beckert’s time of 6:22.09.

But the Canadian was not able to maintain his pace and had to settle for bronze in 6:22.82.

In doing so, the Czech star strengthened her lead in the overall World Cup standings, maintaining her unbeaten run this season after wins in Harbin and Nagano.

Sáblíková beat Antoinette de Jong of The Netherlands in the final pair.

The Dutchwoman finished in 4:06.14 and ended in fifth, retaining her second place in the World Cup standings, but Anna Yurakova came close to stealing her position after collecting the silver medal today.

The Russian was the only skater in the ladies’ 3,000m competition to set a personal best, when she clocked 4:03.84 in the penultimate pair.

Miho Takagi of Japan grabbed bronze with 4:05.68 in the fourth pair.

With Japanese World Cup leader Nao Kodaira absent in Astana, it was Chinese skaters that dominated the ladies’ 500m competition.

Despite not having won a single 500m World Cup race this season, Sang-Hwa Lee could have surpassed Kodaira in the World Cup standings if she would have won in Astana.

Absent Kodaira retained her overall World Cup lead with 300 points while Lee remains in second with 275 points and Yu third with 272.