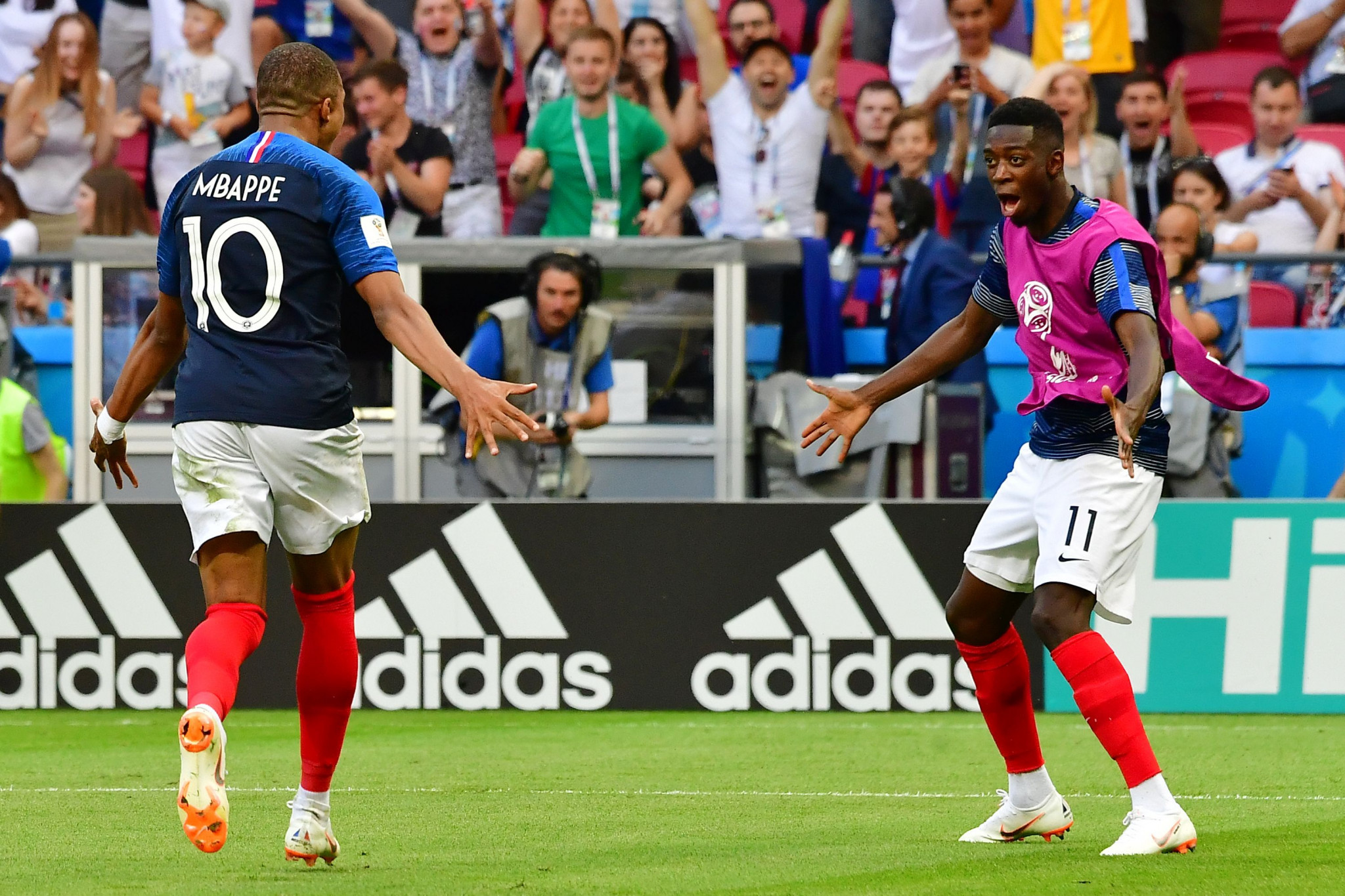 Kylian Mbappe announced himself as football's biggest rising star as he scored twice and won a penalty in inspiring France to a thrilling 4-3 World Cup victory over Argentina today.

It came in a classic start to the knockout rounds at the Kazan Arena in Russia as the French set up a quarter-final tie with Uruguay,

The South American side later beat Portugal 2-1 after two goals by Edinson Cavani.

Much of the spotlight before the first match was on Argentina superstar Lionel Messi, who played as a false nine in a side lacking an out-and-out starting striker, but he was immediately outshone by the speedy 19-year-old.

Mbappe's searing run from the halfway line ended in a clumsy foul by Marcos Rojo, who simply could not deal with his pace, and the referee had no doubt in pointing to the spot.

Antoine Griezmann, who himself hit the crossbar from an early free kick, duly converted the penalty.

Argentina looked devoid of inspiration for much of the first half before a stunning long-range curling effort from Angel di Maria shortly before the break.

Gabriel Mercado then diverted a Messi shot into the net to briefly put the South Americans ahead thereafter.

But then France drew level thanks to a brilliant individual strike of their own from Benjamin Pavard.

It was all about Mbappe after that.

He first moved into space to drive past Franco Armani to put his side back in front before coolly converting on the counter attack from an Olivier Giroud through ball.

Substitute Sergio Aguero managed a late consolation from a Messi cross in stoppage time, but France were deserving winners.

Messi now looks very unlikely to ever achieve his dream of winning a World Cup.

Uruguay and Portugal's in Sochi's FIsht Olympic Stadium did not quite match the earlier drama, but it was captivating nonetheless as Cristiano Ronaldo followed his great rival in exiting the competition.

Cavani opened the scoring early on after exchanging passes beautifully with Luis Suarez before planting a header home from his partner's cross.

Uruguay finally conceded a goal for the first time at the World Cup as Pepe rose unmarked to head in an equaliser after a spell of dominance for Portugal.

The momentum changed again, however, as Cavani steered a superb shot past Rui Patricio to make it 2-1.

The only concern for Uruguay was when Cavani limped off late on with concerns over his hamstring.

Spain and hosts Russia will meet at Moscow's Luzhniki Stadium before Croatia face Denmark at the Nizhny Novgorod Stadium.