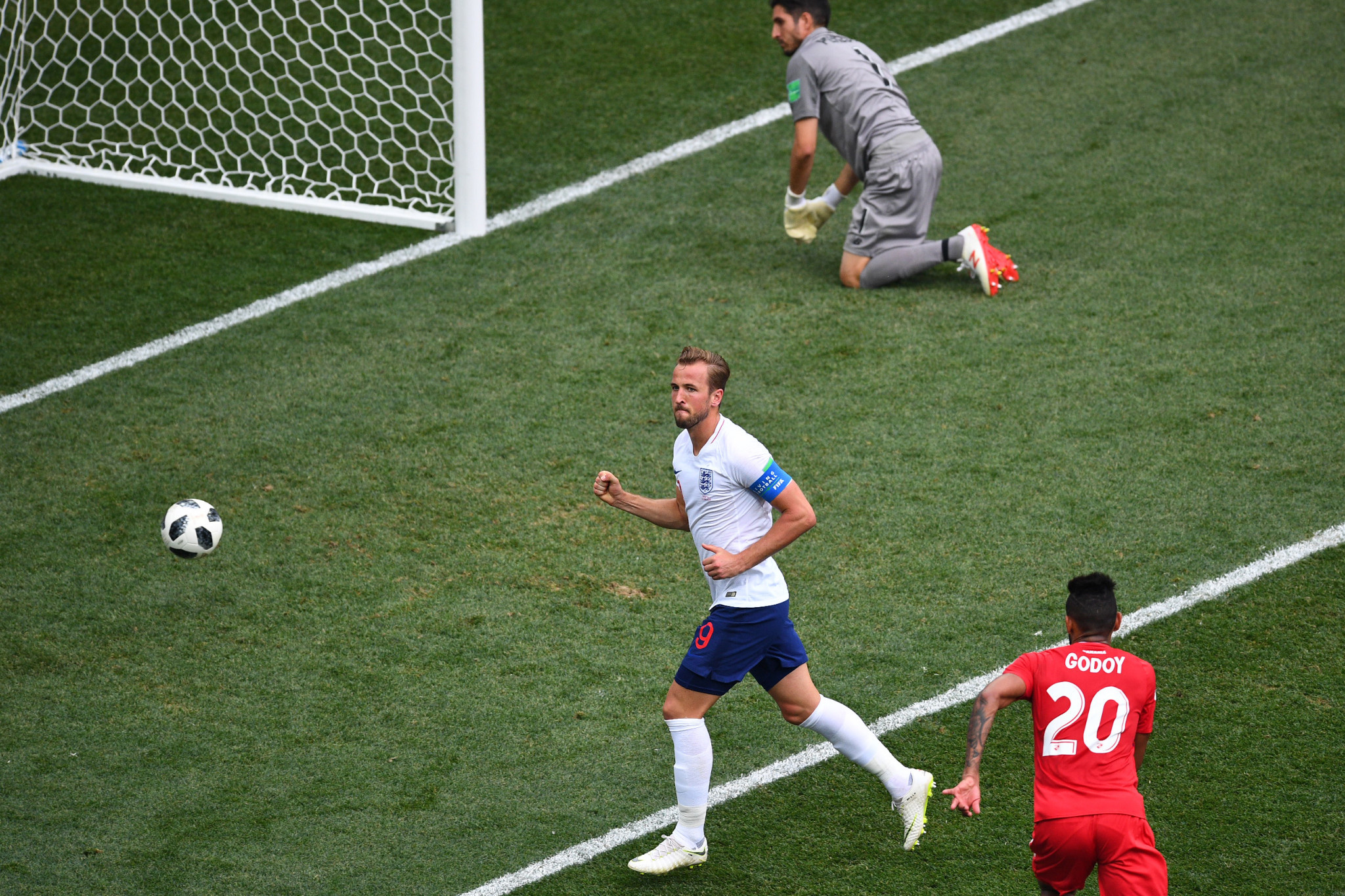 England recorded their biggest FIFA World Cup victory as they produced a devastating attacking display in a 6-1 thrashing of Panama to book their place in the last 16 of the tournament in Russia.

Harry Kane took the lead in the race for the golden boot as he hit a hat-trick in a scintillating performance from the English side in the Group G encounter at the Nizhny Novgorod Stadium.

In Group H, Colombia blew away Poland with a 3-0 win to bounce back from their shock opening loss to Japan and eliminate their European opponents.

The Japanese team were unable to follow England into the last 16 but remain well-positioned to progress following an entertaining 2-2 draw with Senegal in the other match held on a high-scoring day in Russia.

Following Belgium's comfortable win over Tunisia, England knew victory would see them through to the next round at the first time of asking.

It took the Three Lions just eight minutes to break the deadlock as central defender John Stones powered home a header from a corner.

Kane then scored the first of two penalties, arrowing a fierce strike beyond goalkeeper Jaime Penedo after Jesse Lingard had been fouled in the box.

Lingard, who missed numerous chances in England's opening clash with Tunisia, finally got his name on the scoresheet as he curled in a superb strike from outside the area nine minutes before the break to make it 3-0.

Victory and progression to the knockout phase was all-but sealed when Stones headed high into the roof of the net following a well-worked set-piece routine.

There was still time in a frantic first-half for Kane to score his second as referee Ghead Grisha did what counterpart Wilmar Roldan failed to do in the Tunisia match - award England a deserved penalty for wrestling in the area.

The Tottenham Hotspur striker picked himself up and slammed home another spot-kick in almost identical fashion to his opening effort to give England a huge 5-0 advantage at the break.

Kane's third of the match - and fifth of the tournament - came in fortuitous circumstances as Ruben Loftus-Cheek's shot cannoned off his heel and past the despairing Penedo.

Panama's noisy supporters did have something to celebrate as Felipe Baloy scored the country's first World Cup goal 12 minutes from time.

The margin of victory for England surpassed 3-0 wins over Poland and Paraguay in Mexico in 1986, and against Denmark in 2002.

The win saw England go top of the group on fair play record ahead of Belgium, who they play in their final group game on Thursday (June 28).

Colombia banished the demons of their defeat to Japan as they eased to victory over Poland to give their qualification hopes a boost at the Kazan Arena.

The South American side broke the deadlock five minutes before half-time as Yerry Mina rounded off a superb team move with the opening goal.

Better was to come for Colombia as Juan Quintero slid in Radamel Falcao, who used the outside of his boot to bend a shot into the bottom corner.

Colombia then sprinkled more star quality on their performance as James Rodriguez's inch-perfect through ball was collected and finished in style by Juan Cuadrado five minutes later.

Colombia will secure their place in the last 16 if they overcome Senegal in their final Group H match.

Senegal looked on course to become the first team from the group to progress but Japan twice came from behind to claim a point in an end-to-end encounter at the Ekaterinburg Arena.

The African team went ahead after a mistake from Japan goalkeeper Eiji Kawashima, whose attempted clearance cannoned back off Sadio Mane and into the net.

Takashi Inui's delightful finish levelled the match for Japan and they were unfortunate not to take the lead when Yuya Osako's strike hit the crossbar.

Moussa Wague looked to have earned the three points for Senegal as he defied a tight angle to restore his team's advantage.

Japan equalised seven minutes later through Keisuke Honda as they salvaged a draw, which leaves both sides on four points with one game remaining.