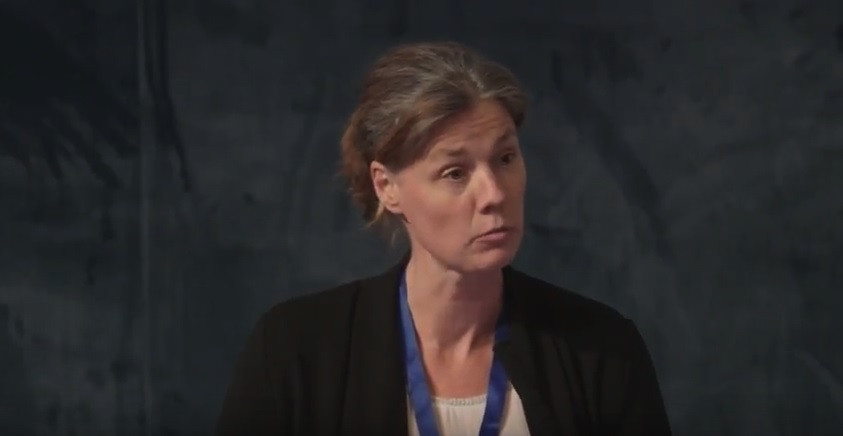 Former International Olympic Committee (IOC) Athletes' Commission chairperson Claudia Bokel has claimed she was bullied after she supported calls for Russia to be banned from the 2016 Olympic Games in Rio de Janeiro following the revelations regarding the country's doping scheme.

The German, head of the IOC Athletes' Commission from 2012 until the end of her term at Rio 2016, also alleged that Beckie Scott, chair of the World Anti-Doping Agency (WADA) Athlete' Committee, was bullied by an "IOC member who was later arrested" in the Brazilian city.

Irishman Patrick Hickey, a former IOC Executive Board member, was detained during Rio 2016 in connection with an alleged ticketing scam.

Speaking at the Anti-Doping in Sports Conference in Oslo, Bokel, an Olympic silver medallist in fencing, detailed how she and Canadian Scott were allegedly treated by the IOC during the build-up to Rio 2016.

She claimed they were subjected to bullying after leading calls for Russia to be banned in response to evidence of state-sponsored doping in Russia in the WADA-commissioned Pound and McLaren investigations.

The IOC decided against a blanket ban and instead allowed all Russian athletes to participate so long as they had fulfilled eligibility criteria defined by their respective International Federation.

Bokel, a member of the three-person panel which determined the fate of Russian competitors, said the IOC showed her letters from competitors representing other Athletes' Commissions and who disagreed with the call for a complete Russian ban.

She claimed however, these were written by some of the candidates standing for a place on the IOC Athletes' Commission.

"I was sitting at the IOC meetings and bringing up possible consequences; if this was all proven true, how should the IOC and WADA react?" Bokel, now executive director at FairSport, an organisation dedicated to eradicating cheating, said.

"We had to wait because we did not know the full results of the investigations and I was told it was just me, and maybe Beckie as well [who thought this].

"We decided to use the network we had established over the years to ask the athletes and Athletes' Commissions around the world what they thought - should Russia be banned, yes or no, from the Olympics?

"We had an overwhelming majority that yes, Russia should be banned from Rio [2016].

"I came back to the table at the IOC and I was told I could not go out and ask other athletes.

"How could I go outside of the IOC and discuss things like banning Russia from the Games?

"It went from the IOC saying it was just mine and maybe Beckie’s opinion to 'You cannot ask others' so what was I to do?

"In the meantime Beckie was bullied by an IOC member, who was later arrested during the Rio Games, and I was bullied internally.

"I thought if I keep this internally we may have a chance to put it through but we didn’t because the next time I came to the table it was, 'But we have letters from other Athletes Commissions who don’t agree with your opinion, they agree with the IOC opinion'.

"It was probably just a coincidence but most of those who wrote the letters were candidates for the IOC Athletes’ Commission in Rio."

Bokel added that she was concerned for the current and future state of sport following the handling of the Russian doping crisis by the IOC and WADA, which has been widely criticised by anti-doping officials and athletes.

She also supported a proposal from WADA vice-president Linda Helleland for a detailed audit of the anti-doping system amid the Russian scandal.

"There are some athletes who will never get their justice, like those who finished behind the 28 Russian athletes who got their medals back," Bokel added.

"Don’t the athletes deserve a full review of what went well and what could have been better instead of hoping everyone will learn from it?"

In response to the claims from Bokel, an IOC spokesperson told insidethegames: "These reported comments – which we hear for the first time - come as something of a surprise, particularly since Claudia Bokel was part of the IOC Executive Board which took all these decisions."