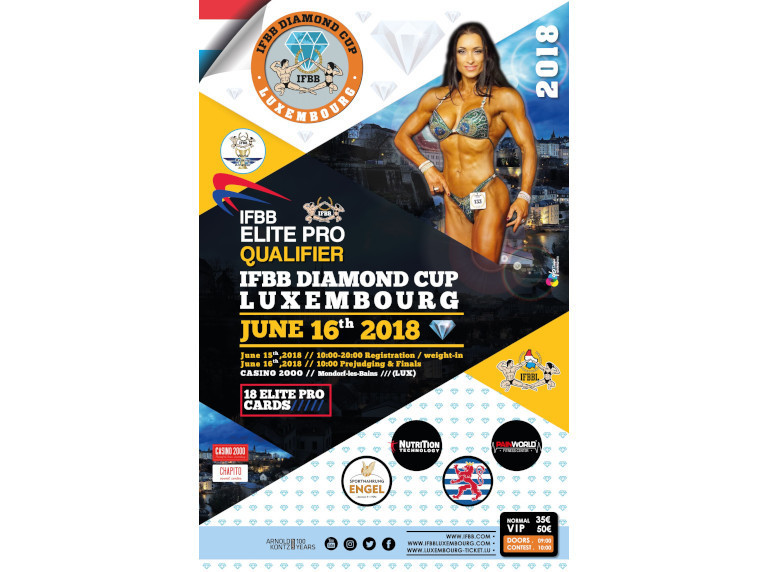 Luxembourg is set to host its first-ever International Federation of Fitness and Bodybuilding (IFBB) Diamond Cup this weekend with more than 200 athletes from more than 25 European countries set to compete at Casino 2000 in Mondorf-les-Bains.

Organised by the International Federation of Bodybuilding Luxembourg, chaired by Guy Kridel, the event is open to all European IFBB-affiliated federations.

It will have implications for the 2018 world rankings with valuable points on offer for the top five competitors in every category.

Also due to take place this weekend is the IFBB World Children Fitness Championship in Slovakia's capital Bratislava.

The Hant Arena will play host to the event on Saturday.

Girls are divided into nine age categories, while boys are split into five.

A category can only be run if there are not fewer than five athletes.

The maximum duration of a routine for all categories is 90 seconds.