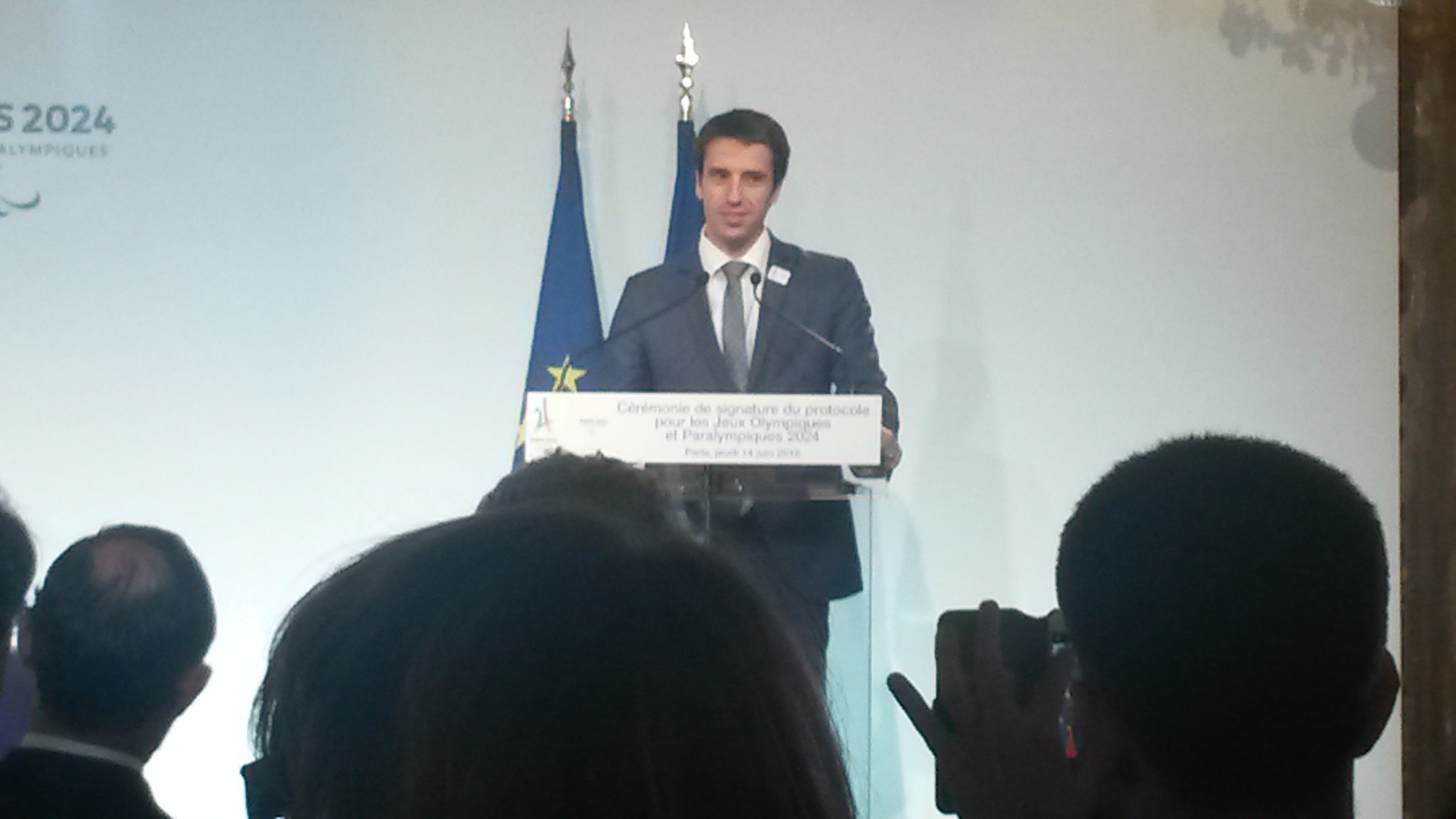 Paris 2024 officials confirmed here today that they have dropped their plans to build a permanent 15,000-capacity aquatics centre next to the Stade de France, as they signed a a protocol for the Games budget guaranteeing to maintain the Government contribution at its agreed limit of €1.5 billion (£1.3 billion/$1.7 billion).

However, there will still be two permanent pools on the proposed site in Seine-Saint-Denis, with three extra temporary pools becoming available to the region after the Games.

In order to address budgetary concerns raised in April by the Government's budgetary inspectors, Paris 2024 has also formed plans to shift one of the three sports originally due to be played in the north-eastern suburb of Le Bourget, probably badminton, to a new temporary central location in central Paris.

The Media Village at Seine-Saint-Denis will also be reduced in capacity.

The original Paris 2024 plan foresaw a permanent 15,000 capacity pool being built in Seine-Saint-Denis.

Swimming will now take place in a temporary arena of the same capacity containing three pools, that will be re-located within the region after the Games at Aubervilliers, Noisy-le-Sec and Aulnay.

Water polo and diving will take place in a 5,000-capacity permanent facility alongside the Stade de France that will remain for public use afterwards, comprising a 50 metre and a 25m pool.

In order to soothe rising concerns from the Government, the Paris 2024 Organising Committee has found funds in its own budget to increase spending on the new aquatics proposals, moving up from €50 million (£44 million/$58 million) to €90 million (£79 million/$105 million).

The planned volleyball and badminton courts for the Games were described as "abnormally expensive" in the Government report into projected costs for the overall event, with a price-tag of €50 million (£44 million/$61 million) on a current cost of €172 million (£151 million/$212 million).

But Paris 2024 has taken advantage of the decision announced yesterday by the Grand Palais to build a temporary venue on the Champs de Mars, near the Eiffel Tower, and proposes to put at least one extra sport there, with badminton being the likely contender.

The Official Games Protocol was signed by all of the major stakeholders, including the French Prime Minister   Edouard Philippe, President of the Organising Committee Tony Estanguet and Anne Hidalgo, Mayor of Paris.

But Estanguet emphasised that Paris 2024 would not be compromising on either its intention to present an extraordinary competition or leaving a significant legacy to the region.

Working in consultation with the International Olympic Committee, whose Games Coordination Commission will make its first official visit here from Monday (June 18), the Paris 2024 Organising Committee have been working hard on "the art of the possible".

According to a Paris 2024 release today, the new arrangement at the Plaine Saulnier will involve five pools "that will allow the perfect organisation of aquatic competition (swimming, water polo and diving) on one and the same competition site, and no longer on two sites, thus generating special economies and thus immediate functional advantages".

The Seine-Saint-Denis department is already building three swimming pools for the area before Paris 2024.

The release continued: "All told, the project will allow us to leave Seine-Saint-Denis with eight pools as a result of the Olympic heritage, as opposed to the five originally envisaged, in a department that is considerably lacking in sporting facilities and where only half of the young people know how to swim.

"This strong heritage for the area will be largely supported by the Games budget.

"In order to make this scenario possible, Paris 2024 has effectively increased its contribution by more than 40 million euros."