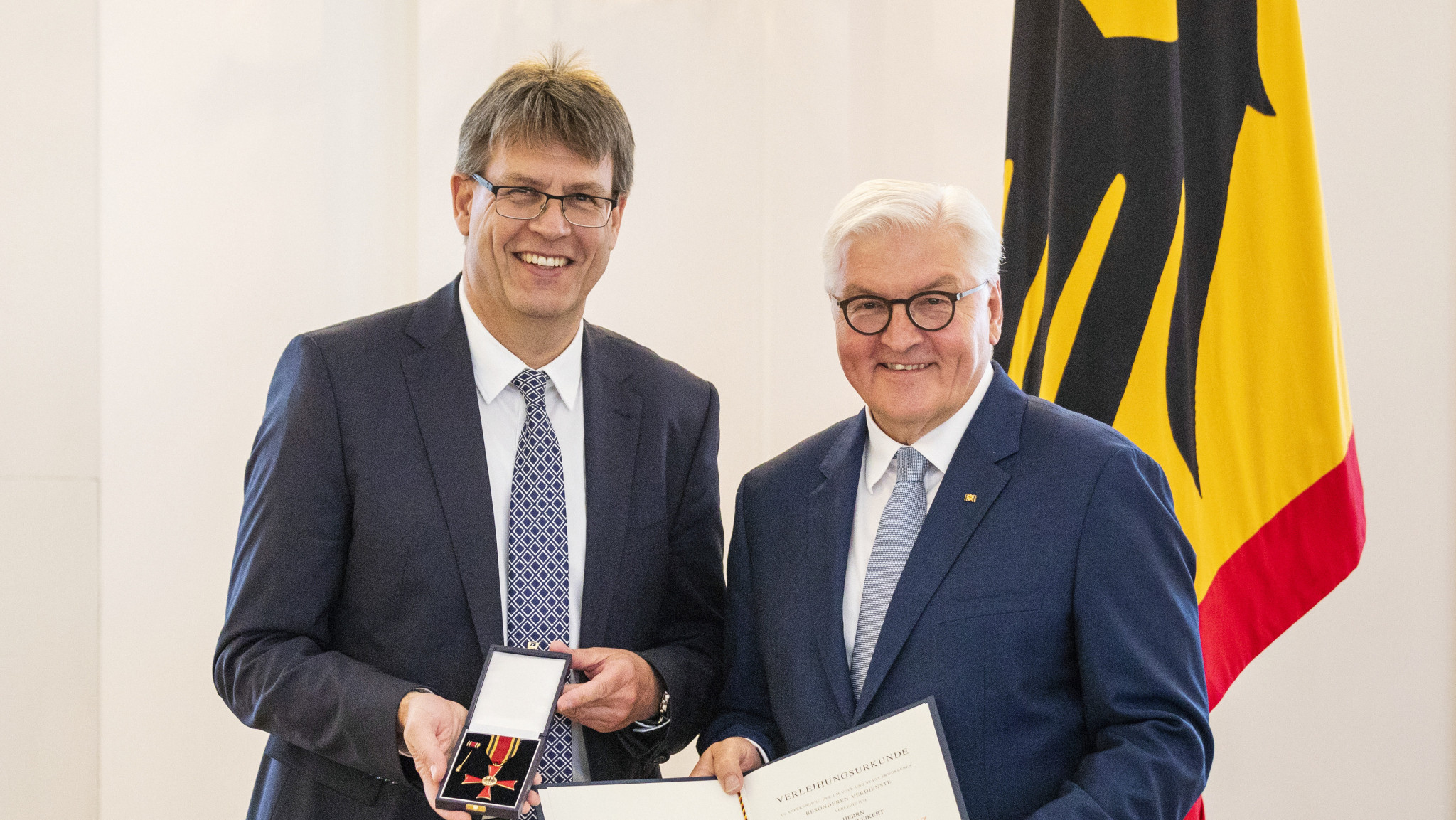 The ITTF President was honoured for his approach in supposedly protecting the integrity of sport as well as for the unified Korean women's table tennis team which participated in the semi-finals of the Team World Championships in Halmstad last month.

"Transparency, ethos and a climate of openness - these are the best ways to protect the values of sport," said Steinmeier.

"Anyone who is committed to this deserves recognition and support.

"Only the consistent approach against doping, corruption and all forms of abuse of power ensures the integrity of the sport."

An explanatory statement read while the Federal President handed the Federal Cross explained that Weikert had recognised "earlier than many others that the fight against doping is in the best interest of all athletes and sports associations."

"With great commitment he campaigned for a German anti-doping law," it added.

"With unconventional action, Thomas Weikert assisted to make possible a unified Korean team to show how sports can contribute to peace and understanding."

The Federal Cross of Merit has been awarded to almost 200,000 individuals since first being allocated in September 1951.

Weikert was President of the German Table Tennis Federation from 2005 to 2015 and has served as ITTF President since 2014 when he replaced Adhan Sharara.

His tenure has not been without challenges, and even the Korean unified team was controversial with some because it was formed spontaneously midway through the tournament when North and South Korea were drawn to play together.

"I am very surprised to receive this award, so I am all the more pleased," Weikert said.

"It is the reward for working for a clean and fair sport in the past, as well as for continuing to make every effort to keep our sport clean in the future, and a reward for the whole team that stands behind me and for whom I am happy to accept this award on their behalf."